When you think of luxury carmakers, Hyundai doesn’t usually come to mind. But the Korean company’s Genesis range has beaten out established German rivals to be named 2018’s best car brand in the U.S. by Consumer Reports (CR). 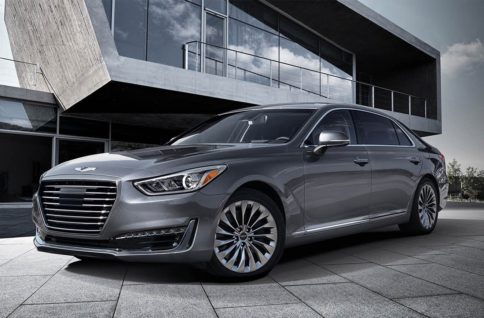 Interestingly the Genesis brand had only two models, the G80 and G90 sedans up for review by the magazine, while Audi and BMW each had eight. Still, Genesis’s win reflects steady improvement by Korean automakers over the years, first in the arena of reliability and fuel economy, and now in performance and luxury features, according to Jake Fisher, Director of Auto Testing at Consumer Reports. 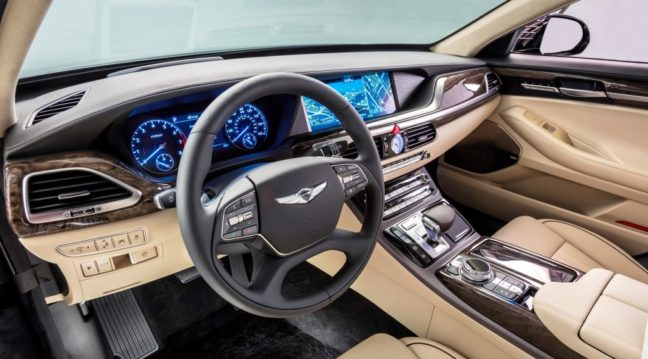 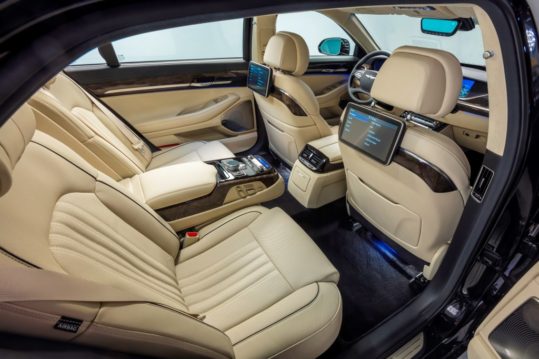 Consumer Reports is an influential source for product recommendations because it doesn’t accept advertising, and buys the cars it tests and evaluates for driving, interior-finish quality, safety and reliability. The report card, covering 34 auto brands, aggregates information about every individual model reviewed, as well as results from satisfaction surveys submitted by subscribers.

The below rankings are based on CR’s vehicle testing as well as owner feedback on more than 640,000 cars to determine the reliability and owner satisfaction ratings of these brands. 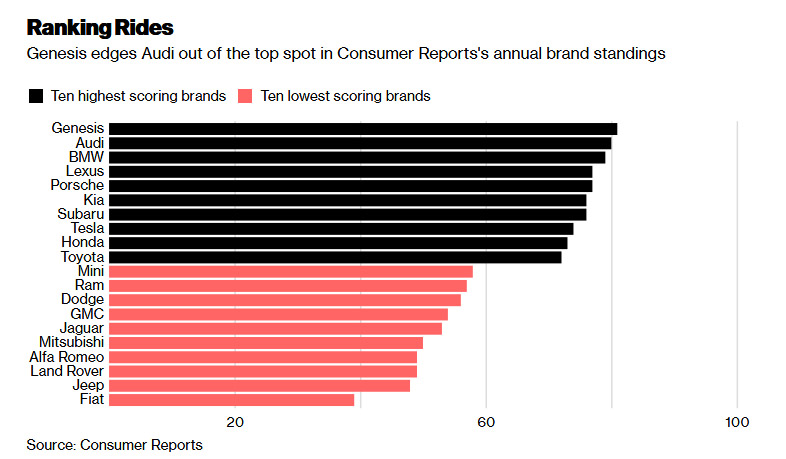 “They (Hyundai & Kia) have over the years checked every one of these boxes and they’re really building very competitive vehicles” Jake Fisher added. Both Hyundai and Kia are no longer seen as builders of cheap, utilitarian urban cars, with both automakers now ranking among the highest in J.D. Power’s annual vehicle dependability study.