2018 Toyota Auris Officially Revealed: Will Form the Basis of the Next-Generation Corolla

The third-generation Toyota Auris hatchback has just been revealed in a few official photos ahead of its debut at the 2018 Geneva Motor Show scheduled to begin later this week.

Built on the Toyota New Global Architecture (TNGA), the new model is 40mm longer than before while the front overhang is also 20 mm shorter. The car is 30mm wider and 25mm lower, while the cowl is now a massive 47mm lower, giving the Auris a lower bonnet and a sleeker shape. According to Toyota, this also gives the driver a clearer view out. 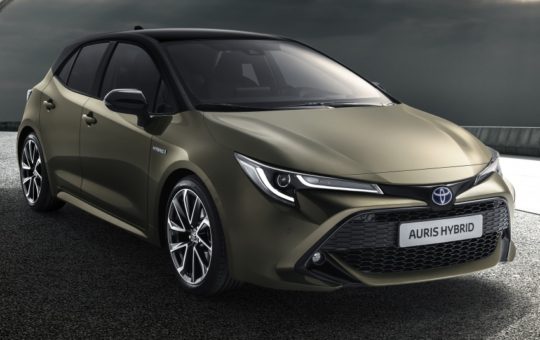 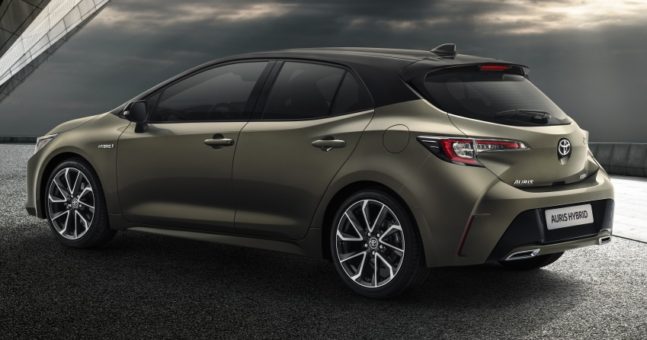 It’s certainly a distinctive design, with a development of the company’s Keen Look design language, the front end features a narrow upper grille flanked by L-shaped full-LED headlights. Underneath it, the massive trapezoidal lower grille projects further out from the curved edge of the flatter clamshell bonnet.

Moving to the side, the beltline kinks upwards towards the rear for a more dynamic look, which is highlighted by the optional two-tone exterior color scheme with a black roof. The rear design is more rounded and has a more compact look, thanks to the faster rear windscreen rake and prominent haunches above the rear wheel arches. The light guides of the full-LED tail lights emphasize the car’s extra width. 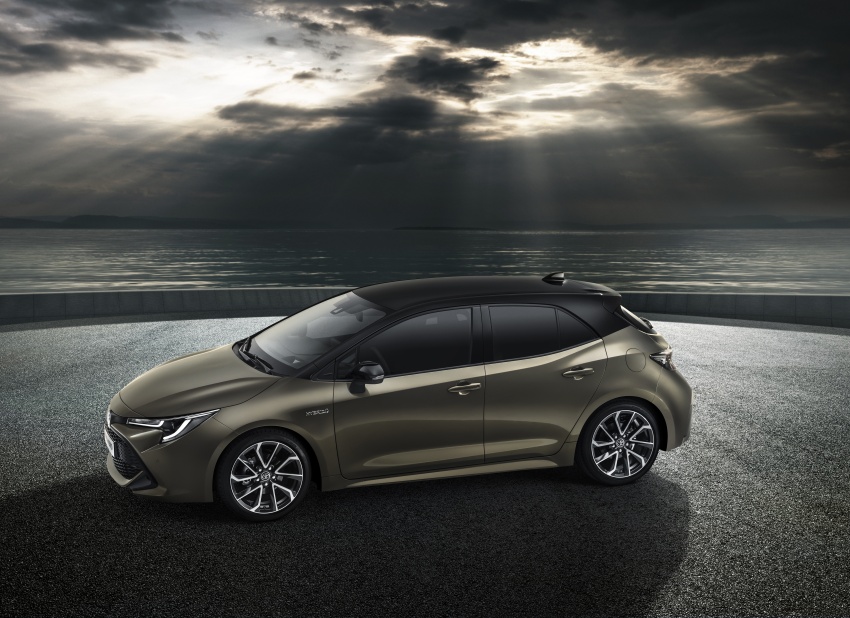 The Auris’ TNGA platform allows for a lower center of gravity, multi-link rear suspension and a more rigid body-shell incorporating high-strength steel to reinforce key areas which is said to contribute to better handling and stability without compromising ride and comfort. The latest-generation Toyota Safety Sense suite of driver assistance systems are also set to be included.

It is confirmed that the new Auris will be launched with just one conventionally-powered variant, with a 1.2 liter turbocharged petrol engine. It’s likely the same 8NR-FTS unit that was introduced in the previous-generation facelift model, which makes 116PS and 185Nm. 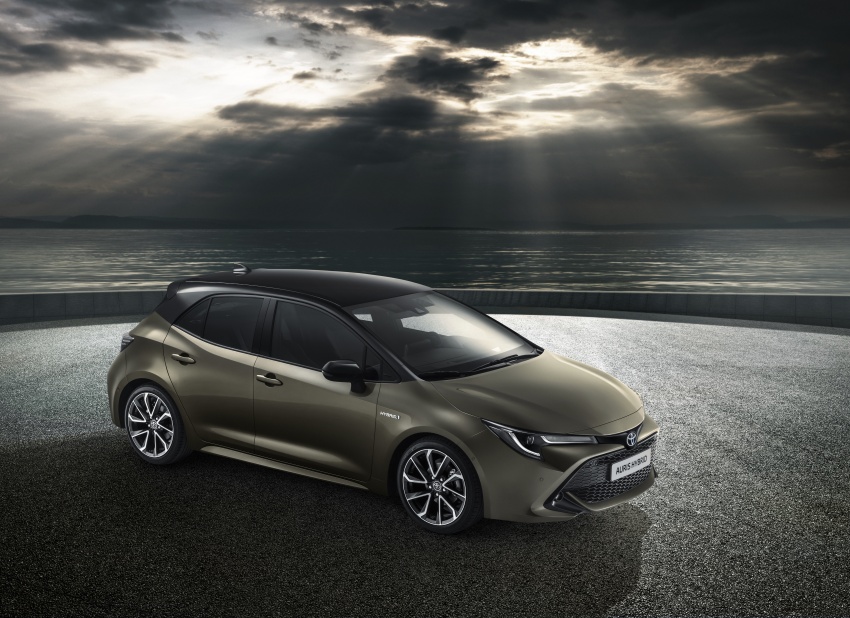 Bigger news is that Toyota is also offering two hybrid variants in a single model lineup for the first time. The 122hp 1.8 liter unit should be derived from latest Prius, while the brand new 180hp 2.0 liter version is expected to be the new Dynamic Force hybrid powertrain Toyota announced two weeks ago. The latter gains paddle shifters and is geared for a sportier driving experience.

The new Auris will form the basis of the next-generation Corolla sedan. The previous Auris model was already called the Corolla hatchback in a number of markets including Australia, and the use of the nameplate is expected to be expanded to the UK with the new generation.