Local auto assemblers never let go of any chance to amuse us. While they call putting on a new sticker (in case of motorcycles) a new model, or changing grilles to be labeled as facelift, or need a slightest of excuse to revise the prices, the latest move by United may top the list of such examples.

The company wanted to jack up the prices of its 800cc hatchback but this time there was no Rupee-Dollar fluctuation to serve as a reason for price increase. So United decided to introduce some new ‘features’( …well at least as they call it), to the Bravo hatchback. These include matching side mirrors, matching door handles, new seat fabric and inclusion of a spare wheel. United has also introduced 3 new colors which makes the available color options to 6. These new features have resulted in a price increase of Rs 60,000– yes you read it right… Rupees Sixty Thousand Only. The Bravo now retails at PKR 9.85 lac. 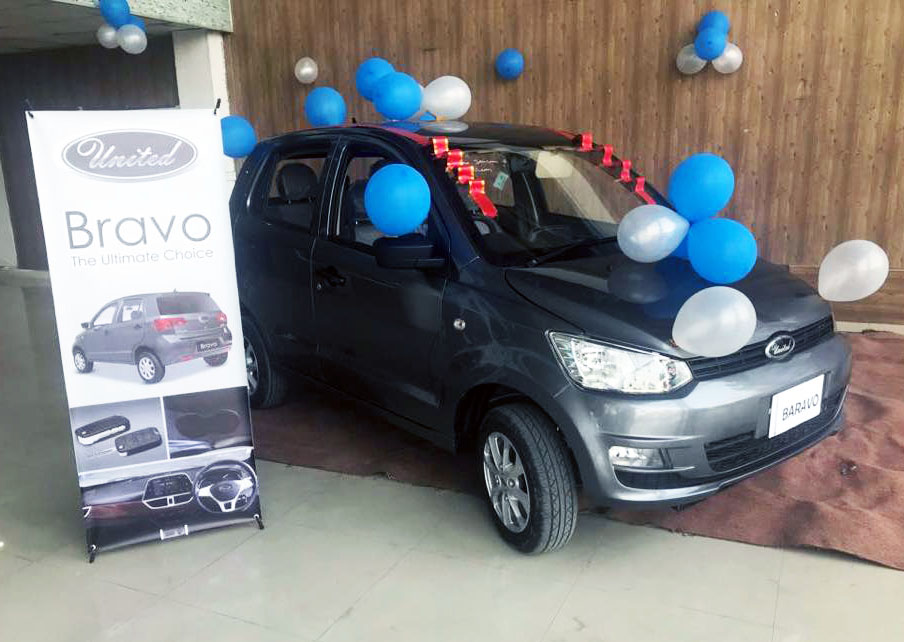 United Bravo was launched in September last year with a price tag of PKR 8.5 lac. However the hatchback has already seen a 16% increase in price since it was first introduced some 13 months ago.

Even more than a year after being launched; the Bravo is yet to step out of Punjab. Initially the company had only one dealership each in Lahore, Islamabad and Multan and two in Faisalabad. Now according to company website, United has 10 dealerships– 3 in Lahore, 2 in Faisalabad and 1 each in Islamabad, Sargodha, Vehari, Multan and Jhelum, but is yet to make an appearance in any other province.

On papers, the Bravo might have replaced Mehran as the cheapest car available in Pakistan, but due to its nationwide absence, one cannot simply consider it an ideal replacement. From the looks of it, United with its limited production capacity seems contended selling the Bravo in few selected cities only.

What is your opinion regarding United Bravo and its latest price increase, let us know with your comments.