After a gap of nearly a decade, KIA is all set to make a comeback in Pakistan as the Kia-Lucky joint venture; a Yunus Brothers Group company (YBG) is now hiring candidates in various disciplines as an ad was published in leading newspapers earlier this week.

Earlier in June, the Ministry of Industry and Production allowed United Motors Private Limited, Kia-Lucky Motors Pakistan Limited and Nishat Group to set up units for assembly and manufacturing of vehicles under the Greenfield investment category.

South Korean car maker KIA Motor Company, in collaboration with YBG and an investment of Rs 12 billion ($115 million) will set up a plant and manufacture KIA branded vehicles in Pakistan. KIA’s re-entry in Pakistan will boost government efforts to shake up the Japanese-dominated car market and will likely loosen the grip of Toyota, Honda and Suzuki. 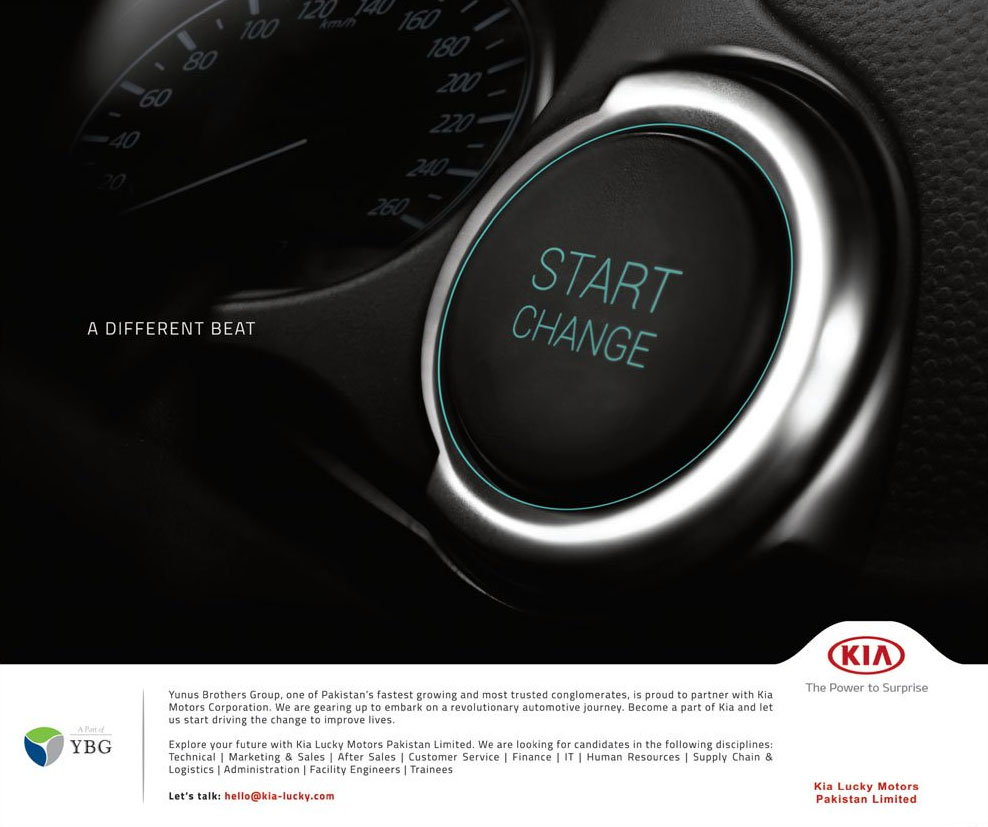