Kia Will Not Reduce Car Prices

While most auto assemblers have already announced to reduce car prices in wake of appreciating Rupee value against the US Dollar, Lucky Motor Company (LMC) has announced that it will not reduce the prices of Kia vehicles in Pakistan.

In a statement issued by the company, LMC informs:

LMC has always believed in being fair and transparent in our pricing policy; being a customer-centric company we took the unprecedented decision to maintain our vehicle prices for over 2 years since the launch of our flagship models: revising the same at an average of only once over the past 4 years.

While companies have been forced to take a wait and watch strategy to monitor the fluctuation in the exchange rate to see where prices will go, the increase was inevitable. To help sustain our business, we recently increased the price by 14% on the 18th of July; which we feel was a reasonable increase given the significant devaluation of the PKR against the USD; whereas during the same period, other industry players had taken the decision to increase prices between 19% and 23%, which has very recently been corrected to bring the increase at parity with Kia.” 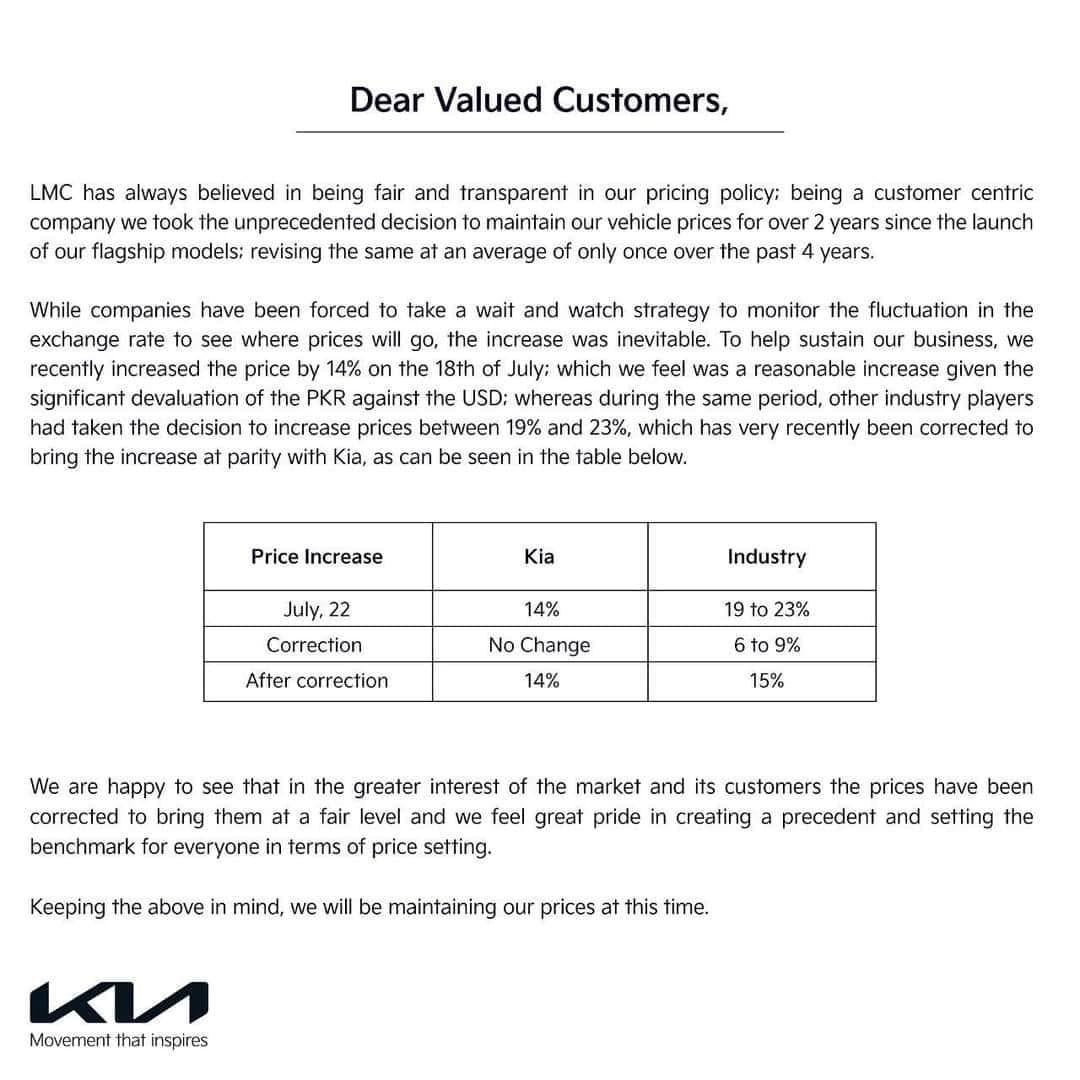 The company tries to make its point by showing a comparison table where it justifies the current prices, which according to LMC, are still less than its competitors. Hence the prices of Kia vehicles which were revised on 22nd July 2022 will remain intact. The notification concludes as:

“We are happy to see that in the greater interest of the market and its customers the prices have been corrected to bring them at a fair level and we feel great pride in creating a precedent and setting the benchmark for everyone in terms of price setting. Keeping the above in mind, we will be maintaining our prices at this time.”

What is your take on LMC’s stance on Kia prices in Pakistan, let us know with your comments.