MG (Morris Garages), the British carmaker now under the influence of SAIC of China has teased its new electric vehicle– the Cyberster Sportscar concept ahead of its official unveiling slated for 31st March 2021. 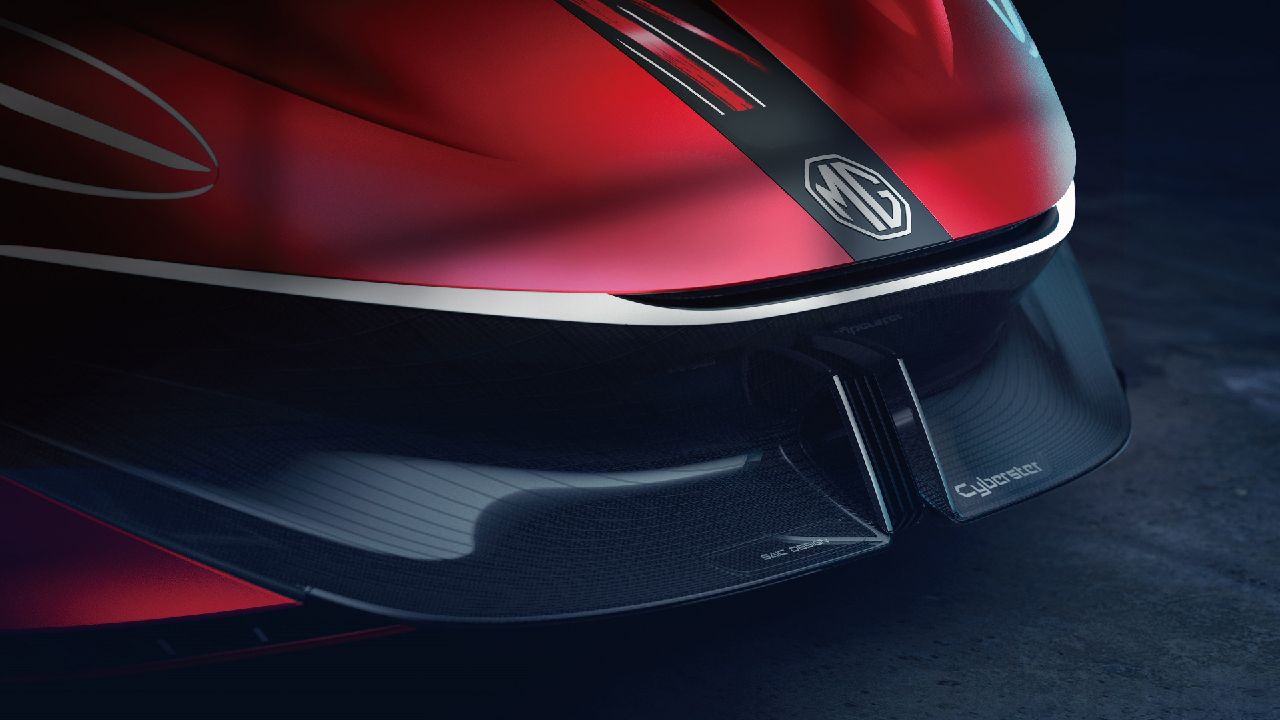 The teased images show us a low-slung profile with sharp lines across its side panels. There is a catchy front shovel lower lip, slim grille design and circular interactive LED headlights. 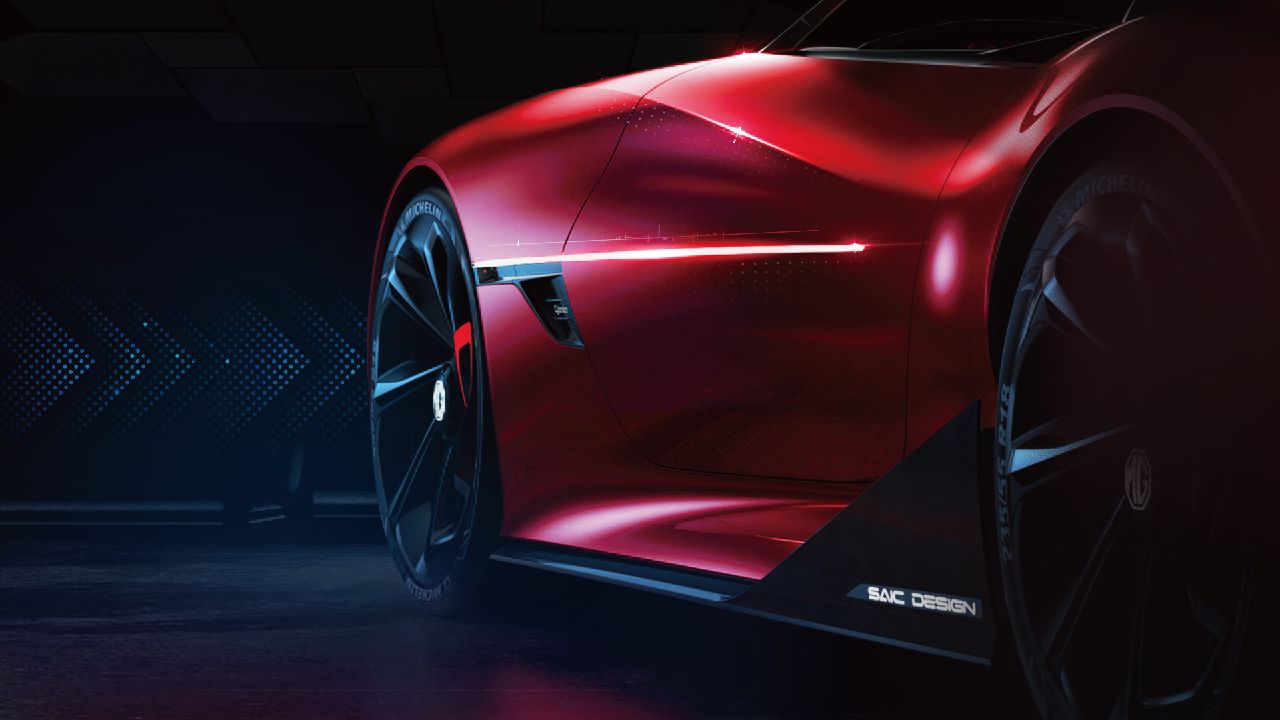 The side profile reveals the Cyberster getting the legendary MGB Roadster-inspired convertible shape with protruded wheel arches and an LED strip running across the car’s length. The rear-end is dominated by vertically stacked LED tail lamps flanked by thick bar of horizontal LED that outlines the rear end which is likely to house the rear spoiler. 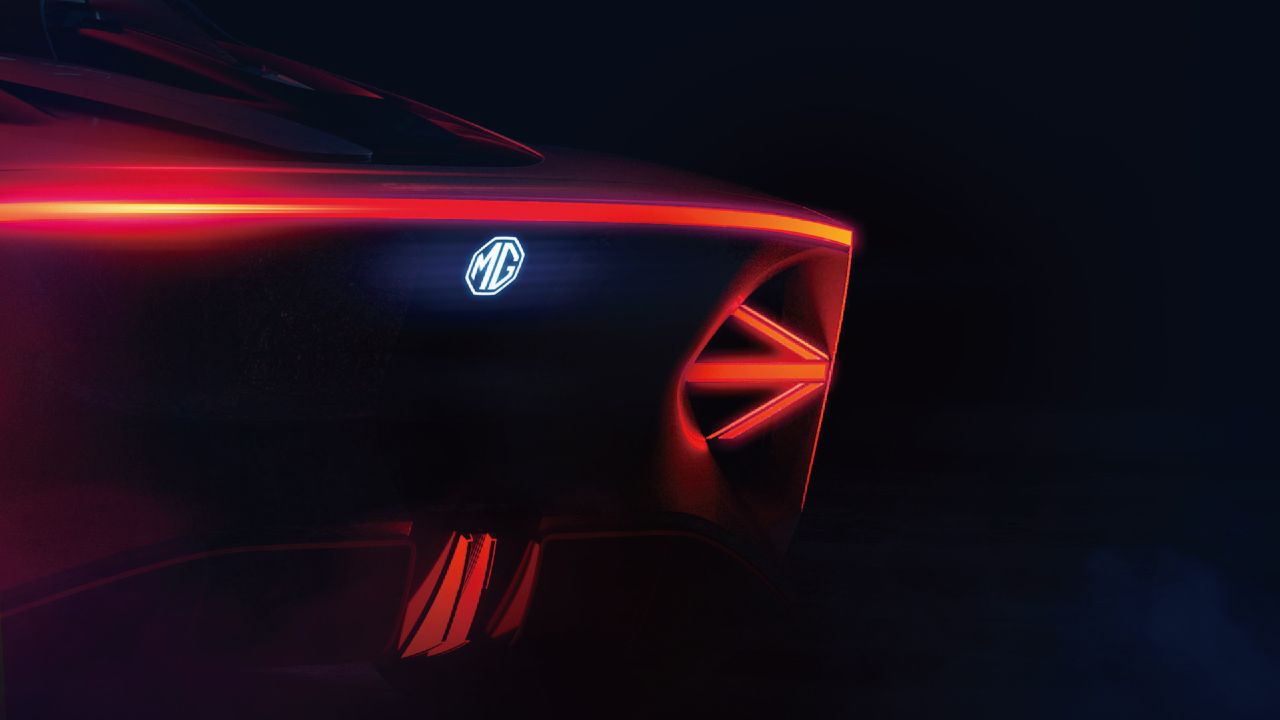 The wheel design is multi-spoked with dark color scheme & orange highlights. The wheels are held in place by central-locking nuts, a feature that’s usually noticed on track-spec sports cars. 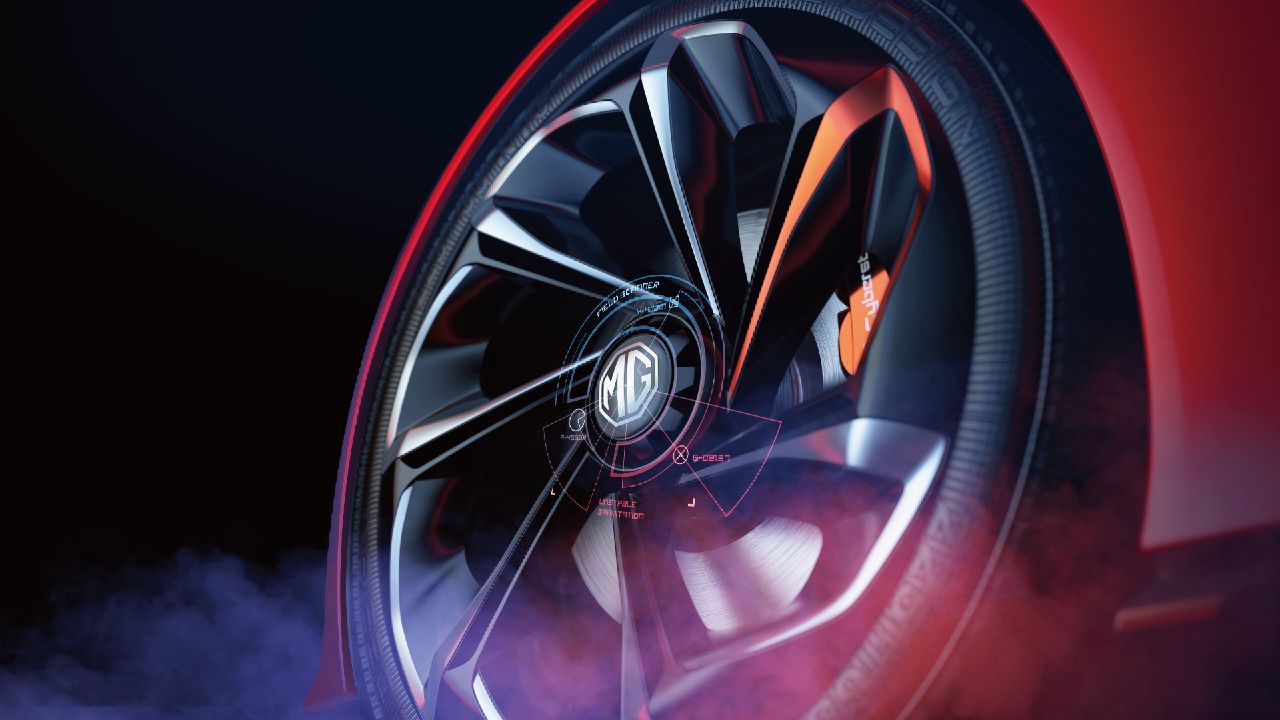 MG hasn’t given any technical details about the Cyberster EV but has promised an 800km drive range in a full charge and a 0-100km/h sprint time of under 3 seconds making it a truly exciting package.

MG also claims that the Cyberster will be the world’s first pure supercar with a gaming cockpit & 5G connectivity. Although still in concept form, the Cyberster EV is clearly vying for attention from the automotive enthusiasts. More details will be released towards its official unveiling on 31st March, stay tuned to CarSpiritPK for more information on the MG Cyberster EV Sportscar concept.