The National awards of The 13th Toyota Dream Car Art Contest were held to announce 9 winners who competed in the World Contest in Japan.

The Toyota Dream Car Art contest is a global initiative organized annually by Toyota Motor Corporation Japan. It is one of the biggest drawing competitions in the world reaching out to children across more than 80 countries. The contest welcomes children under 16 years of age who are encouraged to use their imagination to create the car of their dreams in the form of art.

Previously, Pakistan has had two World Contest Winners. This year Pakistan has two World Winners in two age categories i.e. 8 to 11 Years and 12 to 15 years.  10 year old girl, Palwasha Azeem from Rahim Yar Khan for her “Lantern Car” and 13 year old boy Ibrahim Kureshy from Lahore for his “Car of Invisibility”.

Children are broadly divided into 3 age categories. Additionally, the contest has a special “Royal” category to entertain differently-abled children as well. This category has seen active participation from differently abled children, growing by 41% with 1600 drawing submissions this year against 1100 in 2018. 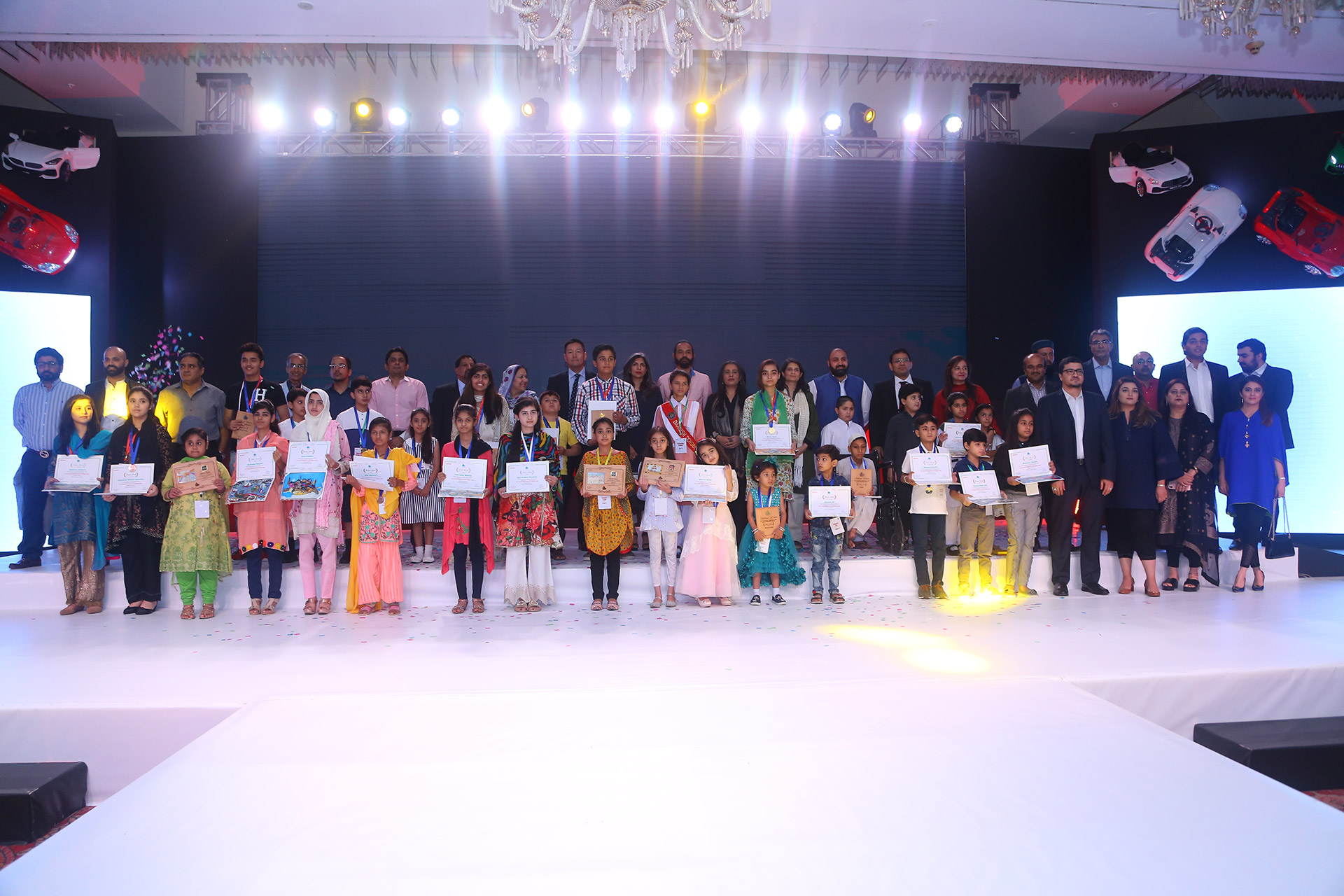 “Pakistani children are immensely gifted. It is unfortunate that we don’t have proper platform to nurture their talent. The Toyota Dream Car Art Contest is focused to facilitate untapped potential of our youth and providing them avenues to show their talents to the world.

It’s been an interesting journey for the Dream Car since it revved up its engine in 2011 with the 5th Toyota Dream Car Art Contest. It all started with a humble 10,500 artwork submissions from just 250 schools nationally and over the years has grown exponentially, with 2019 – 13th Toyota Dream Car Art Contest – receiving a record 48,500 artworks from 1,550 schools across the country, making Pakistan the 3rd nation globally to have received the highest number of artwork submissions.”

The national winners of the first category (children under 8 years) were:

The national winners of the second category (children aged 8 to 11) were:

The national winners of the third category (children aged 12 to 15) were:

The national winners in “Royal” category were: