Next Generation Isuzu D-Max to Debut on 11th October

Isuzu D-Max is currently in its second-generation that made its debut back in 2011 and has received a number of updates since then. Now, Isuzu is teasing the arrival of the third generation D-Max pick-up truck, which will make its debut in Thailand on the 11th of October 2019. The automaker has also released a short teaser video that gives us a glimpse at some of the new D-Max’s design cues bearing the theme of “Infinite Potential.”

Up front, the grille has been made much larger than the outgoing model, and it continues to feature two “fang-like” trim pieces within it. Furthermore there is no division of the upper and lower intakes like before, with the grille instead being a one-piece element.

Flanking the grille is a pair of smaller headlamps, which sport U-shaped LED daytime running lights within the clusters. Just below them are sculpted sections that house the fog lamps and what are likely the indicators as well. Around back, there are new taillight clusters with a dual-square lighting signature, positioned beside a redesigned tailgate.

According to reports Isuzu has given the new D-Max a more upmarket cabin, although the teaser doesn’t give us a peek into that. Still, silver accents on the climate control switchgear and gear lever, as well as a more modern instrument cluster as seen in the teaser suggests that it will be more contemporary compared to the second-generation model. 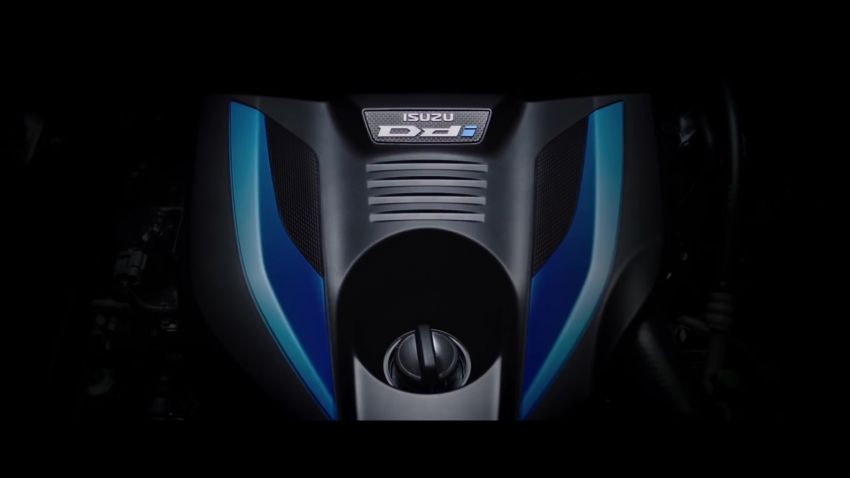 The all-new Isuzu D-Max will also spawn a new platform sibling for the next-generation Mazda BT-50 pickup truck. The current Mazda BT-50 is based on the Ford Ranger, but for the third-generation model, the company has decided to team up with Isuzu.

After making its debut in Thailand, the new Isuzu D-Max will begin reaching other markets towards the end of this year as a 2020 model. How long will it take to replace the current generation D-Max in Pakistan, we will have to wait to find out.