Nissan is displaying the all new Almera at the 2019 Thai Motor Expo. This generation made its debut earlier this year in North American markets where it’s called Versa, followed by ASEAN debut with Almera nameplate and has recently been introduced in the Middle East where the car is marketed as Sunny.

Just like the new Honda City, the all new Almera is powered by a 1.0 liter turbocharged engine to comply with Thailand’s Eco Car Phase 2 regulations, which require cars to have at least 23.3 km/l fuel economy, max 100 g/km of CO2 emissions, and Euro-V emission compatibility. 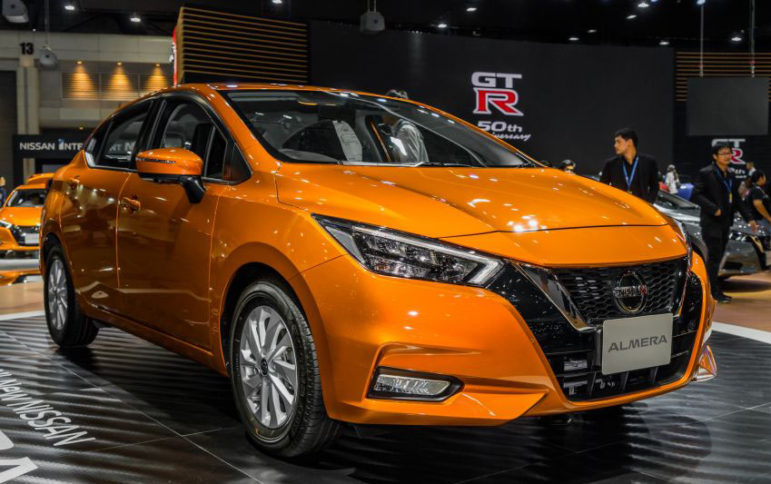 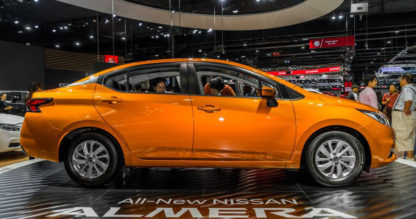 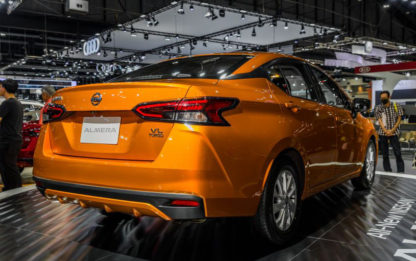 The new Almera/ Versa/ Sunny sits on Common Modular Family (CMF-B) platform that also underpins the new Nissan March and Renault Clio. It measures 4,495 mm long and 1,740 mm wide, while having a wheelbase of 2,620 mm. Exterior features include Nissan’s signature V-Motion fascia that is flanked by LED signatures, which are repeated at the back as well. Towards the sides, the new Almera features a floating roof design whereas the back is largely inspired by the new Altima sedan with boomerang shaped tail lights.

The interior has ‘Gliding Wing’ dashboard which has been lifted from the Kicks crossover. It has a 7-inch digital multi-info display, and 8-inch touchscreen head unit with Apple CarPlay and Android Auto. Dashboard has a synthetic front leather panel with contrasting color and stitching. 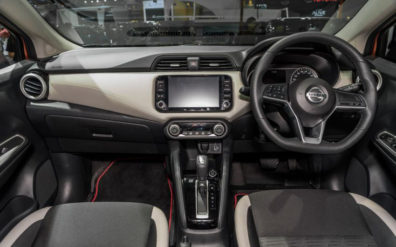 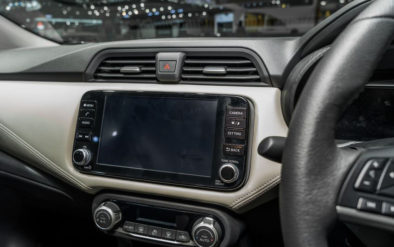 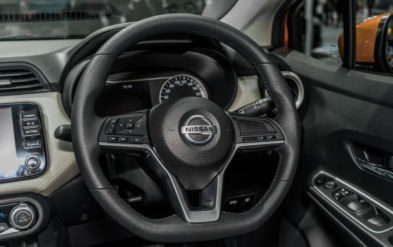 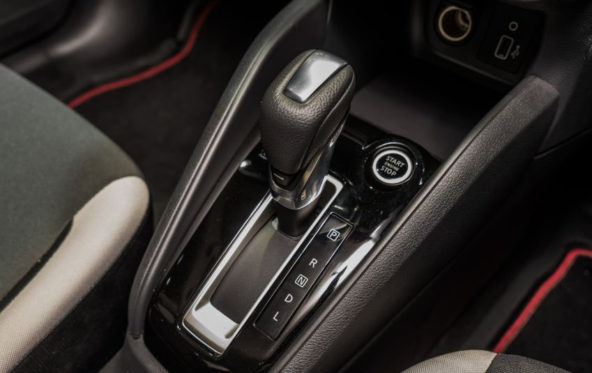 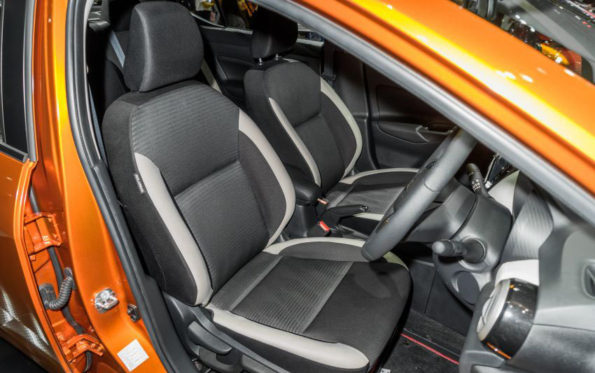 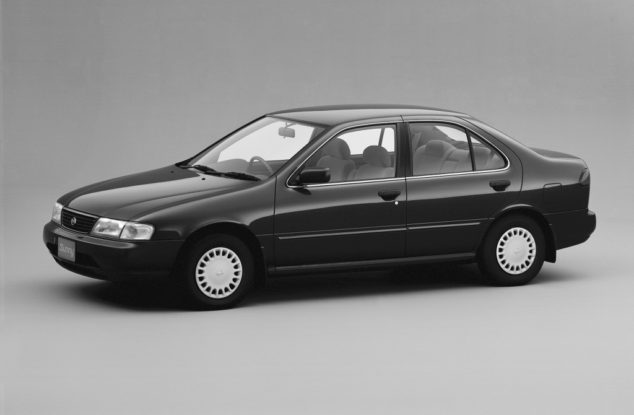 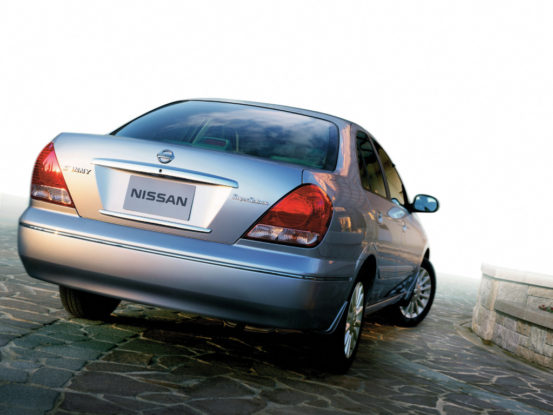 Nissan Sunny was a popular car in our market till the 1980s. During 90s and 2000s the local assembled B14 and N16 models were never able to fare well against the competition. Although Ghandhara is back in action now, the launch of Sunny or any other passenger car is currently not among their priorities.