Nissan Unveils All New Versa Ahead of New York Debut

Nissan has unveiled the third-generation (N18) Versa sedan, at the Rock the Ocean’s Tortuga Music Festival just week ahead of its official debut at the 2019 New York International Auto Show (NYIAS).

The Versa nameplate is used by Nissan in North American markets for the Tiida and Tiida Latio models. From 2013 onwards, the second generation Nissan Note is also marketed as Nissan Versa Note in North America. According to a Nissan, “Versa” is short for “versatile space” meant to imply the spaciousness of the interior and configurable cargo arrangements. 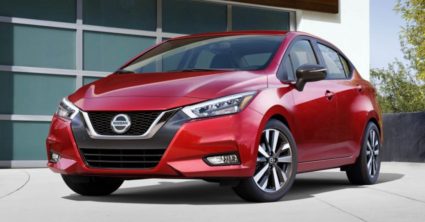 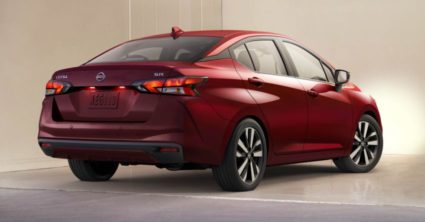 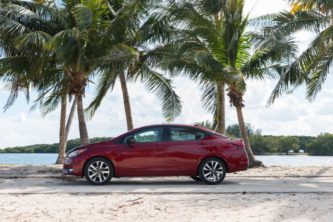 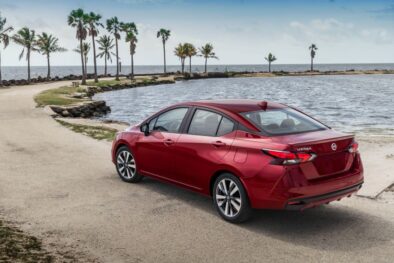 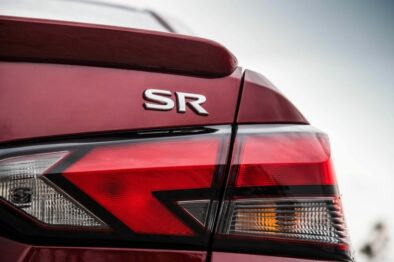 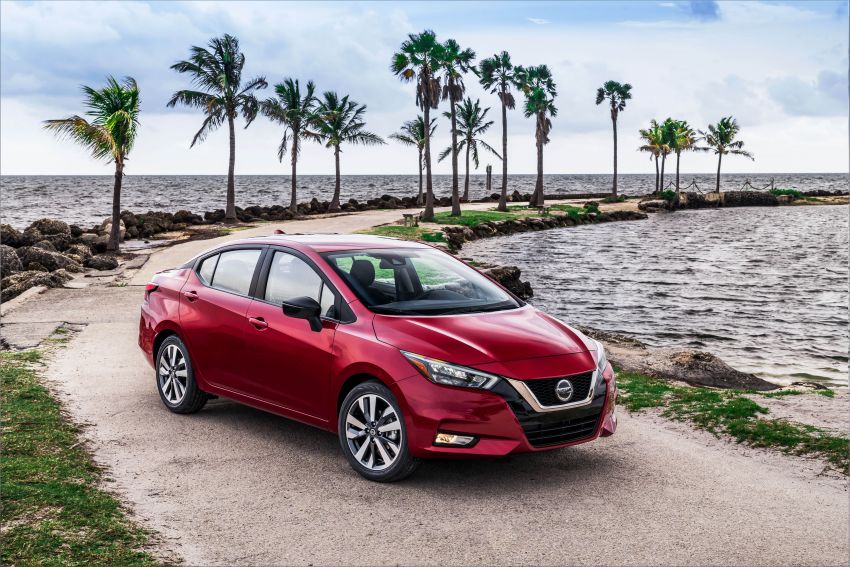 The new Versa is built on the Renault-Nissan Alliance’s Common Modular Family (CMF-B) platform, which also underpins the fifth-generation Micra/March. The new Versa also adopts some design cues from the Micra, most notably the boomerang-shaped headlamps, which connects with the signature V-motion grille.

The side profile is a bit more subdued compared to the Micra. The character lines are not as outlandish, while the position of the rear door handles is more conventional. Similarly, the kick-up C-pillars aren’t as high by comparison, but they are blacked out to create a “floating roof” appearance. The back is largely inspired by the new Altima sedan with boomerangs continue to be a form of inspiration. Interior of the new Versa gets a substantial overhaul and is more reminiscent to the Kicks crossover. Nissan refers to this dashboard layout as the “Gliding Wing,” with a touchscreen infotainment system in the center which comes with Apple CarPlay and Android Auto support. Above that are a slimmer pair of air vents while simpler climate control switchgear takes its place below, replacing the dial setup.

There are circular air vents at each far end while there is a new multi-function flat bottomed steering wheel design again similar to the Kicks crossover. The instrument cluster gets an analogue dial on the right, while a multi-info digital display on the left. The new Nissan Versa will get a 1.6 liter four-cylinder petrol engine producing 122 hp of power and 154 Nm of torque – with a choice of a 5-speed manual or Xtronic CVT.

Related: The Stunning Haima 8S SUV Revealed Ahead of Debut

The New York Auto Show will open its doors on the 17th of April 2019, stay tuned to CarSpiritPK for more information. 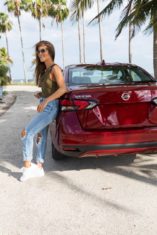