Should Nissan Sunny Stage a Comeback?

Sedans are considered as one of the most loved car categories, something which most of us desire to own. Although in recent years crossovers have emerged on quite a rapid pace but they are mostly targeted towards those with strong purchase power.

For so many years, sedan market has been like a musical chair between Civic, City and Corolla. However this monotonous contest was recently disrupted with the arrival of newcomers including Hyundai Elantra, Changan Alsvin & Proton Saga, though the latter’s presence is still on papers with local production yet to commence. 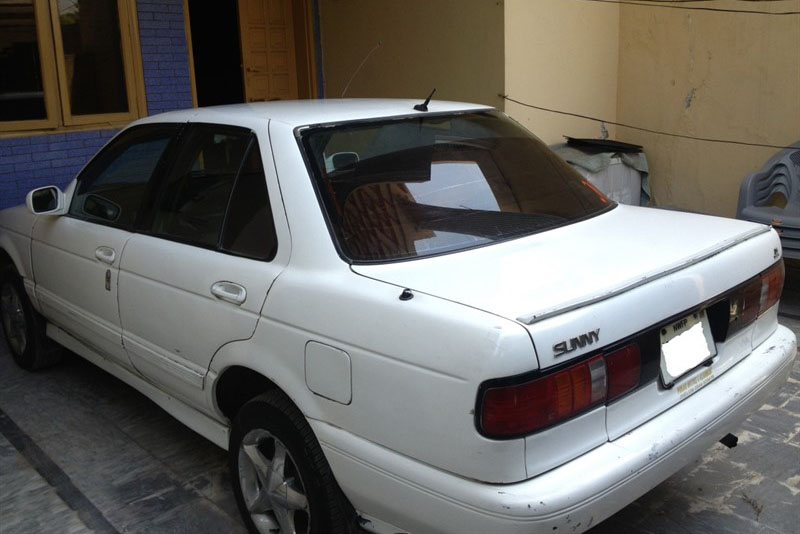 However in past (early 90s & before) we used to have a vast variety of sedan options including some very formidable names such as Mazda 323, Mitsubishi Lancer and Nissan Sunny. After the import restrictions of the 90s that were enforced to help get the local auto industry on its feet, the likes of Lancer & Sunny were faded into history. Though after an absence of few years, the duo made a comeback but unfortunately was not able to hold on to success due to various reasons. While Mitsubishi Lancer was never assembled locally, different generations of Nissan Sunny went into local production by Ghandhara. But the B14 model that was introduced in the late 90s and the N16 model which was sold between 2005 and 2010 were never able to fare well against the competition and were eventually pulled out of the race. Although back in 90s, the B14 Sunny was the only local assembled diesel sedan in Pakistan alongside Toyota Corolla (7th generation), but Ghandhara was able to sell just 951 units (including petrol & diesel models) between 1998 and 2000 compared to Corolla which saw 25,162 units (including petrol & diesel models) sold in the same period. 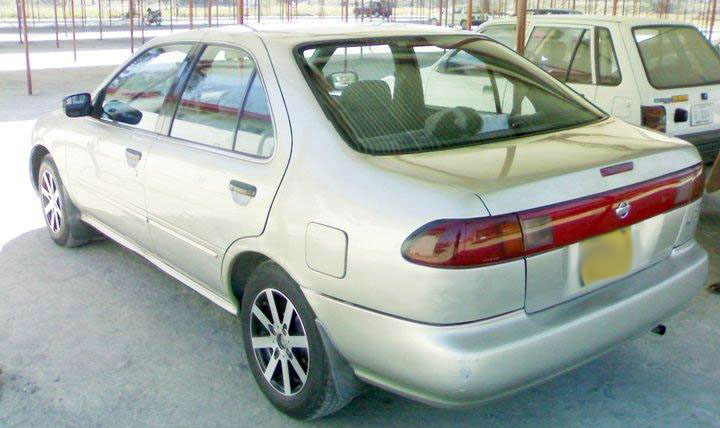 Nissan Sunny B14 from the late 90s

After pulling the plugs off the Sunny sedan, which was available in addition to the CBU lineup of cars including X-Trail and Cefiro at that time, Ghandhara was working on to introduce the Datsun range of vehicles under the Brownfield investment category of Auto Policy 2016-21 which aimed to revive non-functional units since Ghandhara had one lying vacant ever since the Sunny went out of production. In March 2018, Nissan officially announced its entry in Pakistan; the move was chanted as part of Nissan’s strategy to engage with emerging automotive markets around the world. However the company then announced to put the Datsun project on hold citing volatile economic conditions of the country as the reason behind the decision. Interestingly however, since the parent company (Nissan) was going through a turmoil, Ghandhara was actually never in a position to launch Datsun cars in Pakistan. The few test vehicles that we keep on seeing on the internet are the same 2015 model units that were imported back in 2016. Nissan then announced to axe the non-profitable Datsun brand which now stays alive only in India, as its the only market where the brand does relatively well.

Now Ghandhara is reportedly in process of introducing Chery range of passenger cars to tap the booming crossover SUV segment, however we believe they should consider re-introducing the Sunny sedan too which has now evolved into a very capable product with the current generation model that debuted in 2019, and has been doing exceptionally well in markets where its offered. 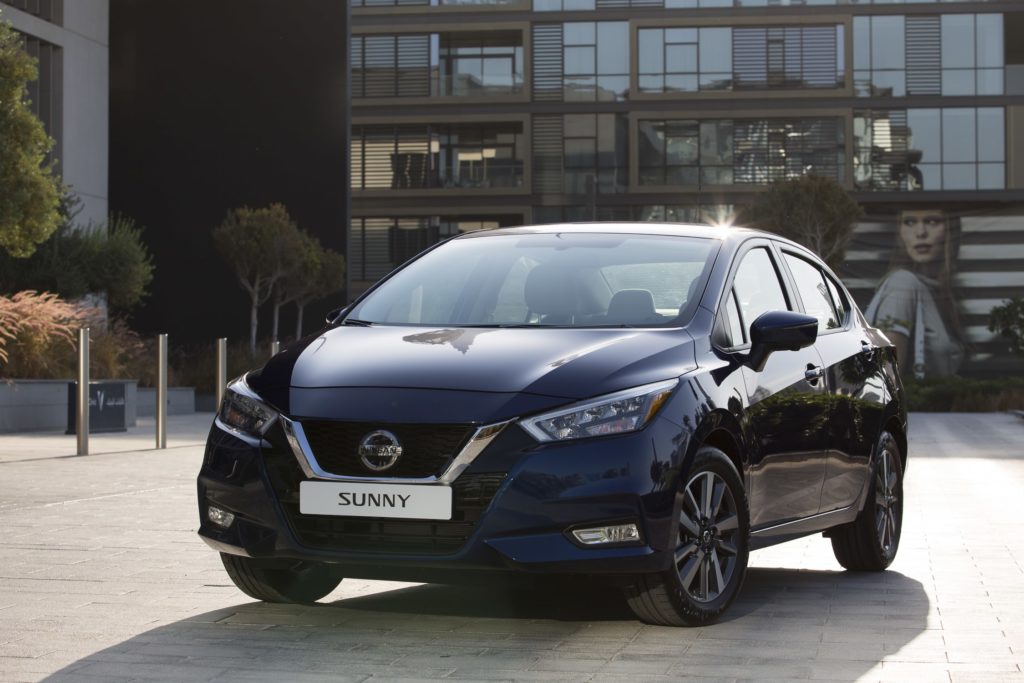 Bear in mid the Nissan Sunny is also marketed as Almera and Versa in different markets across the globe. In the days of old, the Sunny used to compete against the likes of C-segment Toyota Corolla and Honda Civic but now it competes as a B-segment sedan against Honda City, Toyota Yaris, Hyundai Verna and Suzuki Ciaz etc. 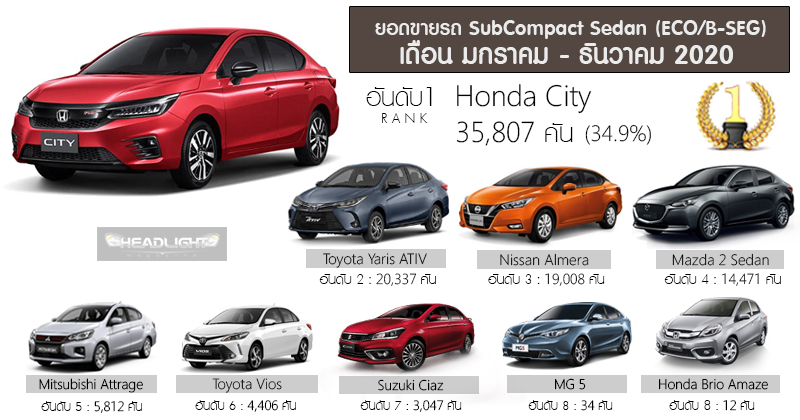 It was the third-bestselling car in highly competitive Thai market behind Honda City and Toyota Yaris ATIV sedans and closely fell short of Yaris ATIV to become the second-bestselling car there. In calendar year 2020, Nissan Almera sold 19,008 units in Thailand whereas its Toyota rival secured the second spot with 20,337 units. In Thailand, the Almera competes in Eco-Car category which require cars to have at least 23.3 km/l fuel economy, max 100 g/km of CO2 emissions, and Euro-V emission compatibility. So the Sunny gets a 1.0L turbocharged DOHC three-cylinder engine under its hood that develops 99hp of power and 152Nm of torque and is paired with an Xtronic CVT automatic transmission with D-Step Logic (simulates gearshifts) and a Sport Mode.

The Middle-Eastern versions are powered by 1.6L naturally aspirated DOHC 4-cylinder engine that produces 118hp and 149Nm and comes mated to either CVT with Sport Mode or 5-speed manual transmission options. 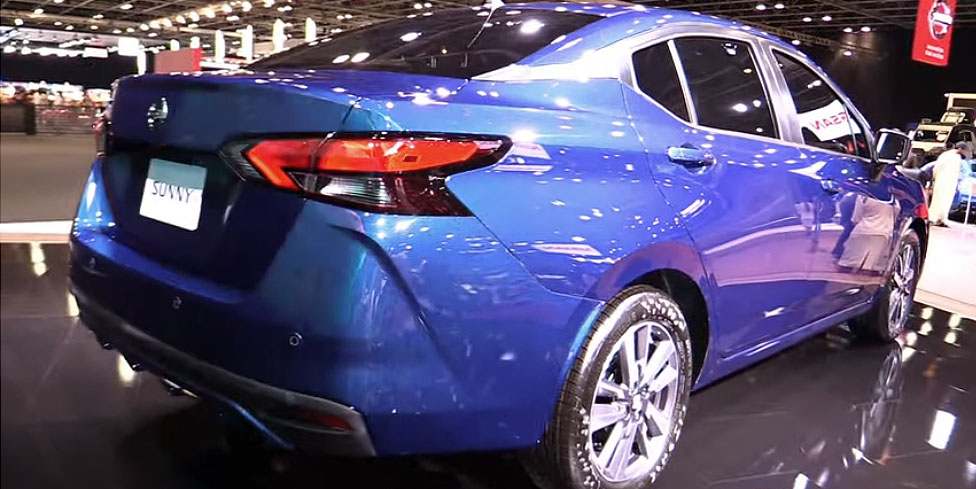 The new Nissan Almera/ Versa/ Sunny sits on Common Modular Family (CMF-B) platform that also underpins the new Nissan March and Renault Clio. It measures 4,495 mm long and 1,740 mm wide, while having a wheelbase of 2,620 mm. Exterior features include Nissan’s signature V-Motion fascia that is flanked by LED signatures, which are repeated at the back as well. Towards the sides, the new Sunny features a floating roof design whereas the back is largely inspired by the new Altima sedan with boomerang shaped tail lights. The interior has ‘Gliding Wing’ dashboard which has been lifted from the Kicks crossover. It has a 7-inch digital multi-info display, and 8-inch touchscreen head unit with Apple CarPlay and Android Auto. Dashboard has a synthetic front leather panel with contrasting color and stitching.

The new Sunny/ Almera is being loved due to its striking appearance, enhanced performance and rich features & safety equipment on offer plus with a competitive price tag it literally punches above the weight. And while Nissan might be facing a tough time with most of its models, the new Sunny/ Almera/ Versa is one that’s doing really well in global markets.

The B-segment sedan segment in Pakistan is currently being dominated by Toyota Yaris which is priced between PKR 2.5 and 3.0 million. The segment is set to witness more competition with the arrival of 6th gen City which will come as a replacement of the 5th gen model that has been around since 2009, plus the presence of Changan Alsvin and upcoming Proton Saga have made the segment more competitive than before. However since the demand of B-segment sedans is huge compared to crossover & SUVs, the waiting time is still up to 6-8 months should you go out to book one. 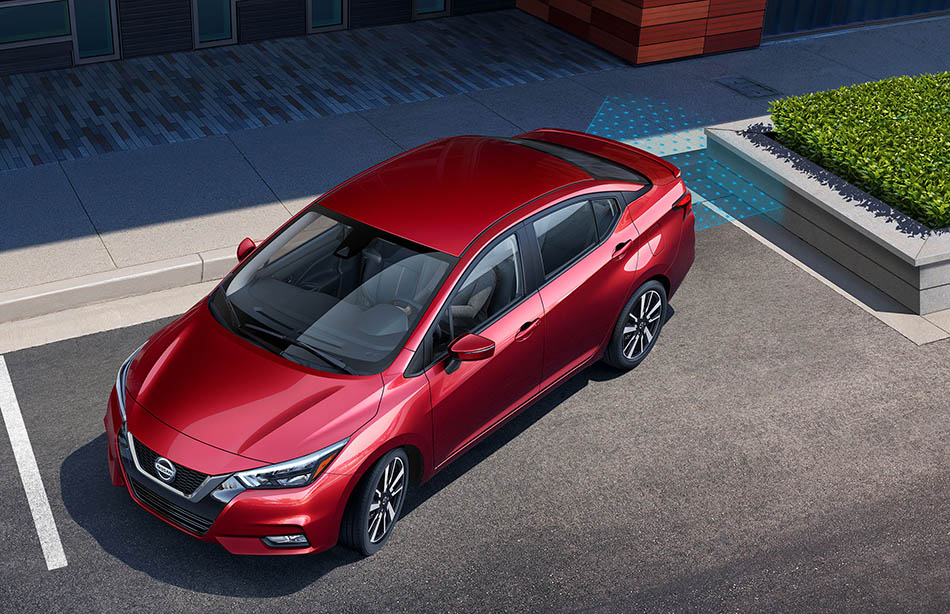 The presence of a quality sedan priced below PKR 3.0 million is always needed which can fill that gap & give an added option to the sedan buyers. Considering this, the new Nissan Sunny is a perfectly capable product that should do well compared to any other Chinese or previously unknown product in our market. Sunny used to be a very trusted name back in the past and Ghandhara can uplift their game with the introduction of this new & successful Nissan, which having a 1.0L turbo engine can even gain tax benefits which the government is aiming to implement to boost the sales of domestically assembled vehicles. 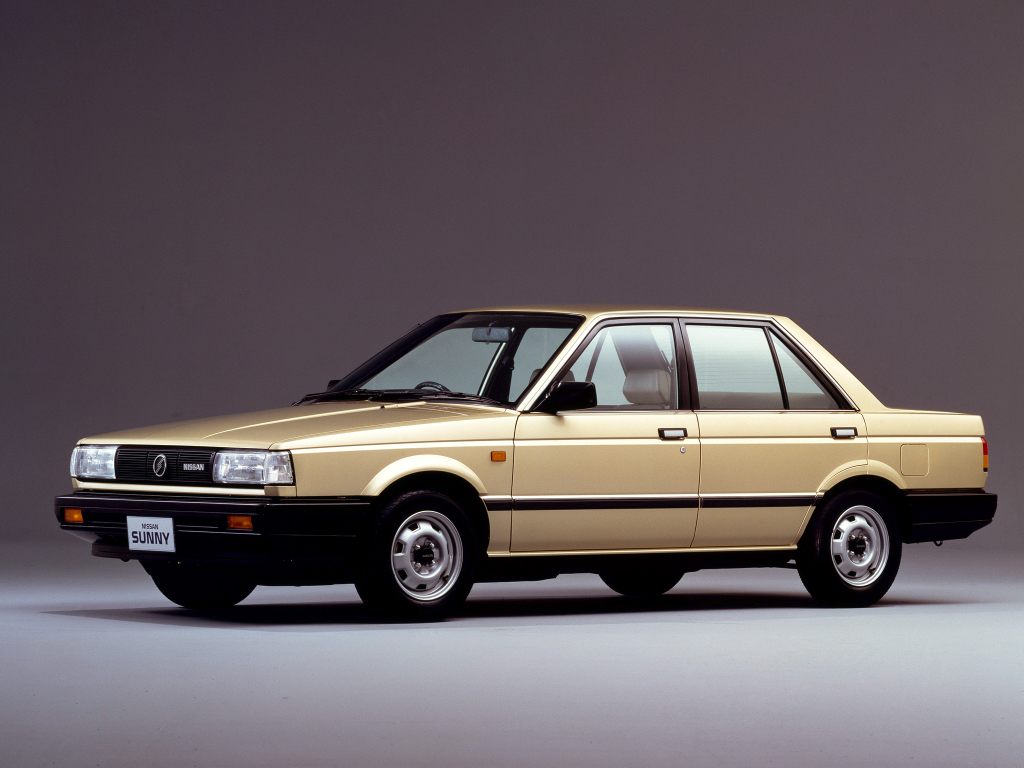 Back in the 80s, the Sunny was popular due to having a 1.0L engine option under its hood while the new Nissan Sunny sedan with having a powerful & efficient 1.0L turbo engine, in presence of 1.3 & 1.5L naturally aspirated rivals can create a market of its own. Do you think the new Nissan Sunny should be considered to be introduced here in our market, let us know with your comments. 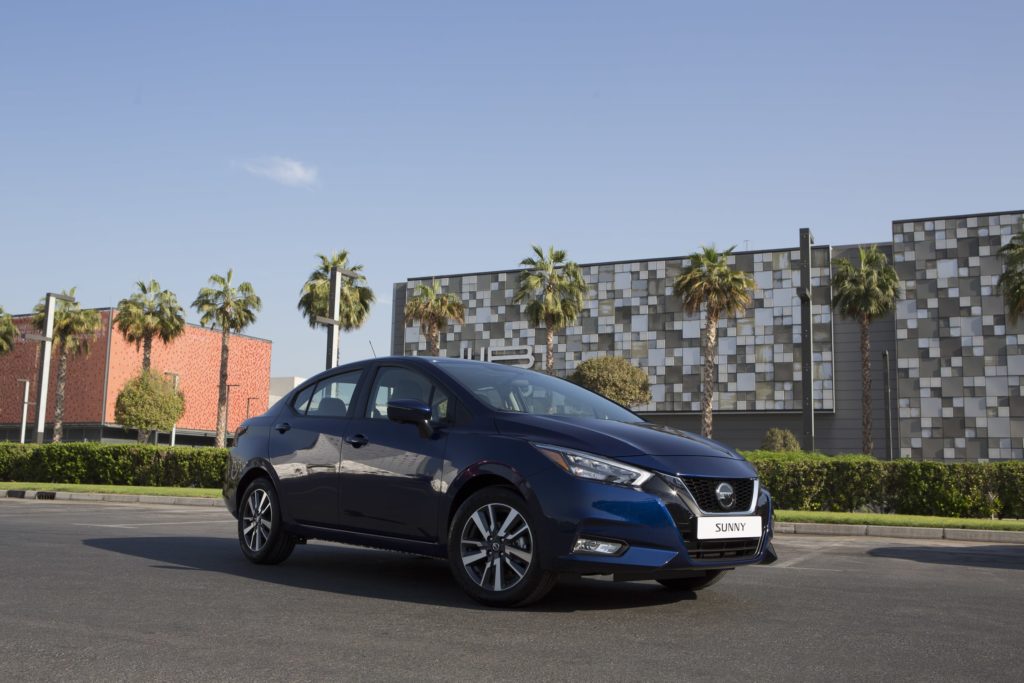