Nissan has finally taken the wraps off the next generation Z sports car aka Fairlady. The Z Proto (prototype) gives us the true idea of how the production-spec 400Z will look like.

The Z Proto carries a “heritage-inspired” retro design theme which according to Nissan Design Chief Alfonso Albaisa, was a challenging task to accomplish, however it was ultimately decided that:

“The Z Proto should travel between the decades, including the future.”

Penned and developed by Nissan’s design team in Japan, the Z Proto features teardrop-shaped LED headlights with dual curved LED DRLs per side reminding us of the original 240Z, between which is an upright, rectangular radiator grille with oval fins, the dimensions of which are apparently similar to the outgoing 370Z. 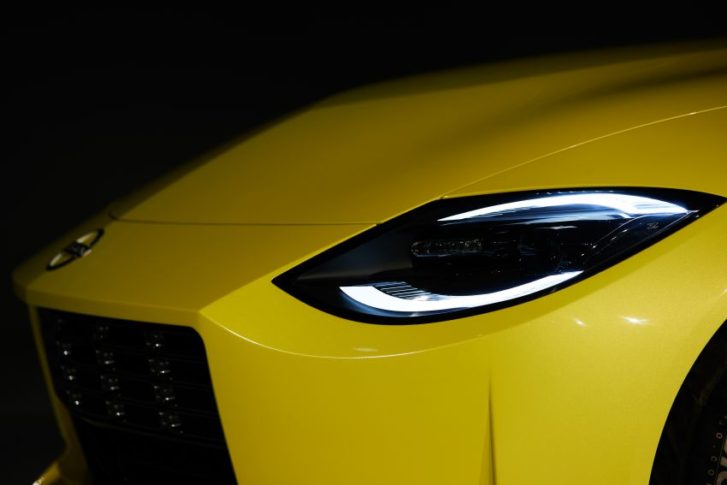 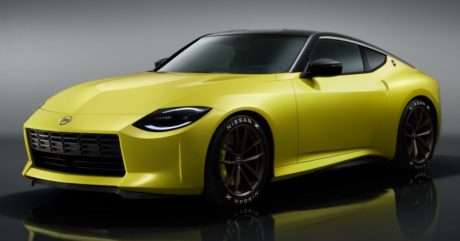 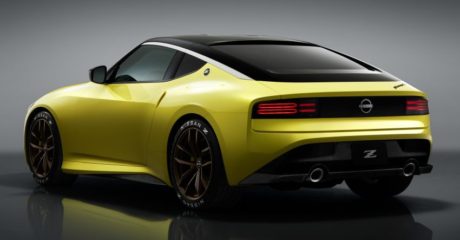 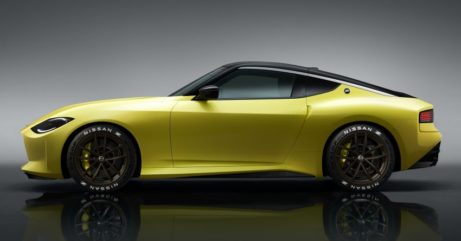 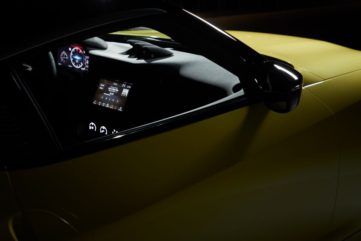 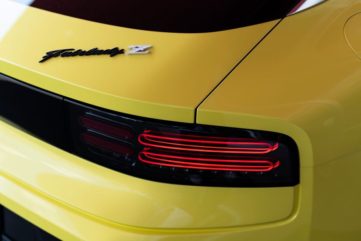 The roofline flows from the nose to the squared off rear end, a look which is very much reminiscent of the original Z. This is further accentuated by how the rear quarter glass transitions into the tailgate. Towards the back, the LED tail lights are clearly inspired by the 300ZX. The rear bumper gets an integrated lip with dual exhaust exits.

Other details include side skirts, front lower lip and rear valance finished in carbon-fiber. The bright yellow color pays tribute to the popular paint scheme introduced on both the S30 240Z and Z32 300ZX, which is contrasted with a black roof, black low-profile spoiler, and black wing mirrors. The Nissan Z Proto rides on 19-inch bronze alloy wheels. 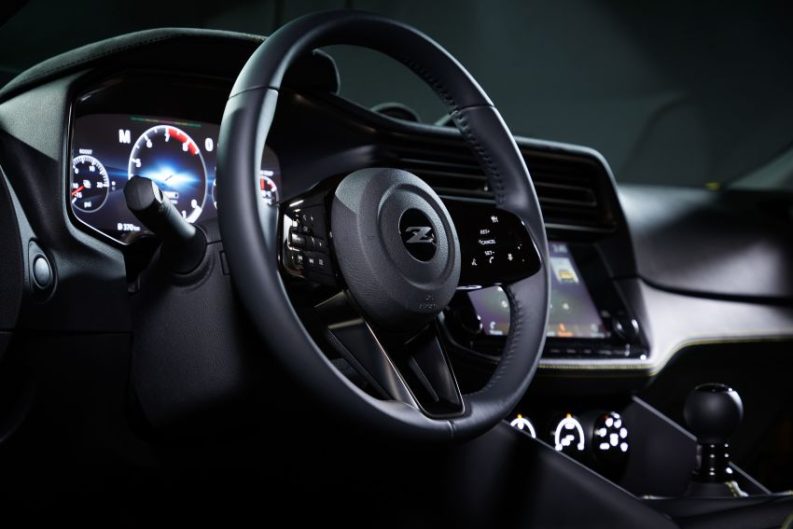 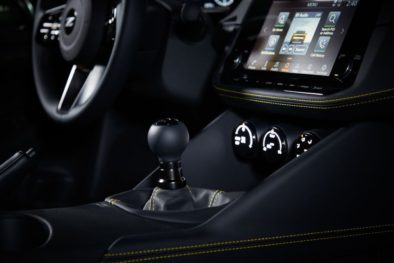 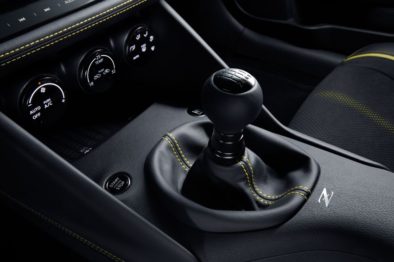 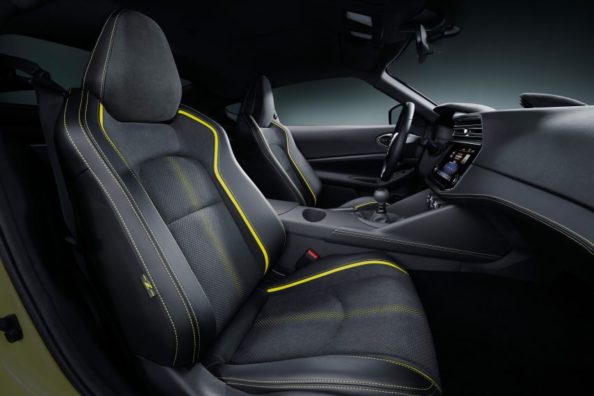 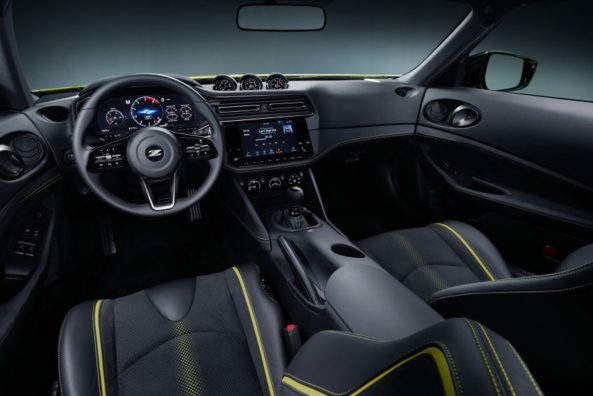 Inside, the retro-modern design theme continues with a three-spoke multifunction steering wheel with a redline shift pointed at the 12 o’clock position. The driver also gets a fully digital 12.3-inch instrument cluster, and a trio of gauges (angled towards the driver) on top of the center dash. 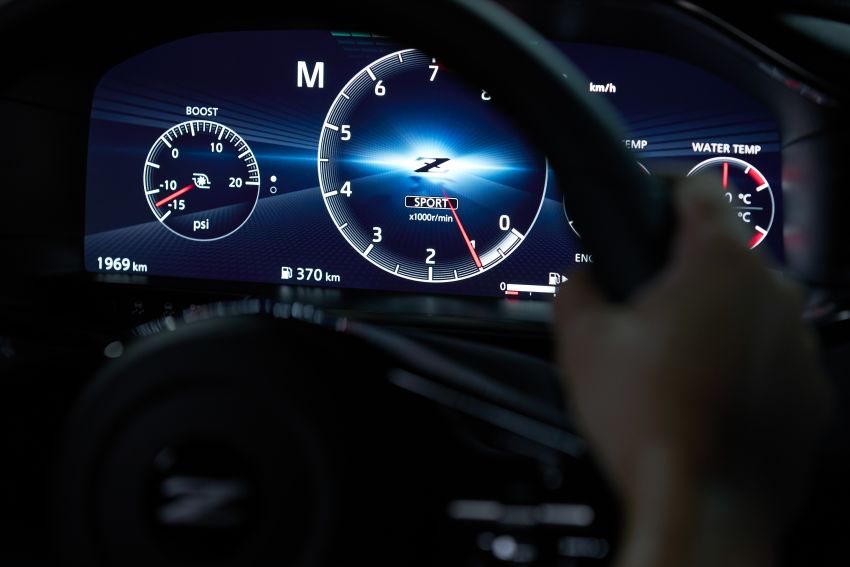 If you look closely at the content on the display, you will notice “1969 km” mileage counter that actually points towards the year when the Fairlady Z was first introduced, while the “370 km” of range refers to the most recent Z car– the 370Z.

Other features include a touchscreen display, yellow contrasting elements used throughout the cabin, and a 6-speed short-throw gear lever. There also appears to be a rev-match button on the right (just like on the 370Z), as well as a USB type-C charging port just in front of the shifter boot. 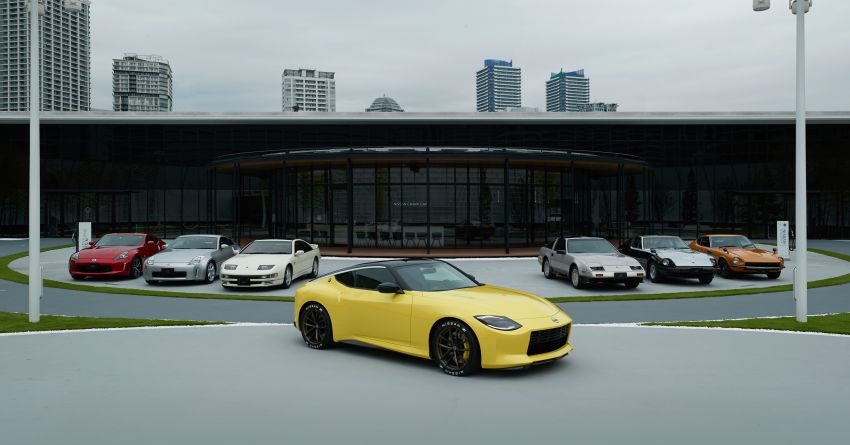 In terms of dimensions, the Z Proto measures 4,382 mm in length, 1,850 mm in width and just 1,310 mm tall. During the digital unveiling, Nissan CEO Makoto Uchida said the Z is a pure sports car that represents the spirit of Nissan. He said:

“It’s a key model in our Nissan NEXT transformation plan, and it’s proof of our ability to do what others don’t dare to do, from A to Z. As a Z fan myself, I’m excited to announce that the next Z is coming.”

According to Nissan, throughout the Z’s history, each new generation is more powerful than its predecessor, and the same should apply here with the Z Proto. Although Nissan is yet to reveal technical details of the Z, as per reports it will be built on front-engine/ rear-wheel-drive layout riding on FM chassis, powered by a 3.0 liter naturally aspirated twin-turbo V6 petrol engine with no electrification whatsoever. Its professed 400Z name indicates that it will at least produce 400 hp and 500 Nm, with drive sent to the rear wheels through the standard 6-speed manual transmission.

According to Nissan’s Chief Product Specialist of the Z Proto, Hiroshi Tamura, the Z is measured more than just its output figures. He said:

“Z is a balance of power and agility. It is a vehicle that creates a connection with the driver not just on the physical level, but emotionally, and responds to the driver’s impulses.” 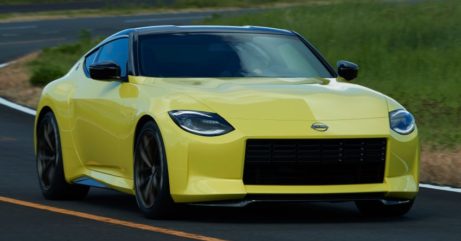 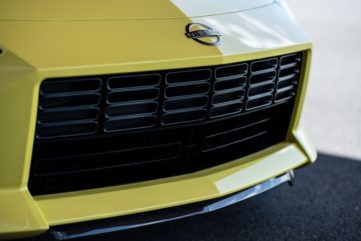 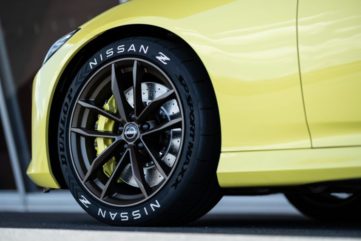 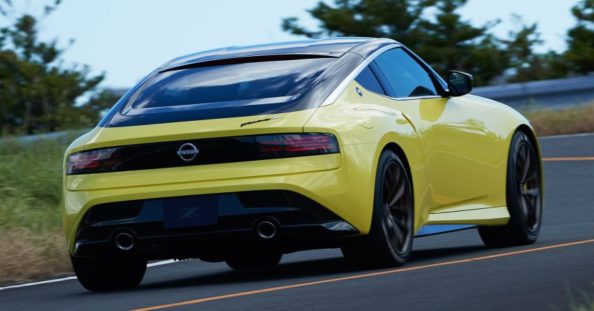 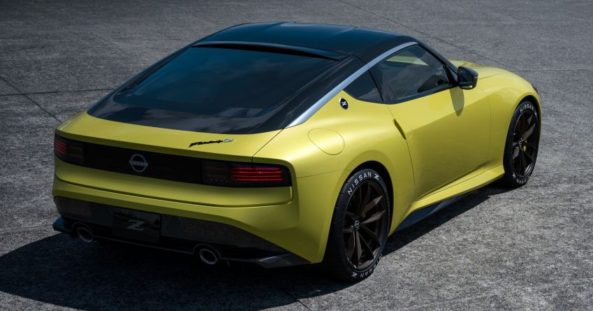 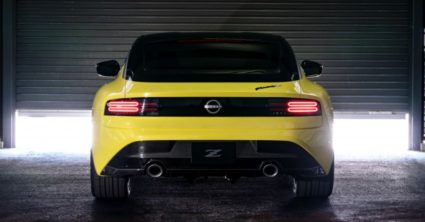 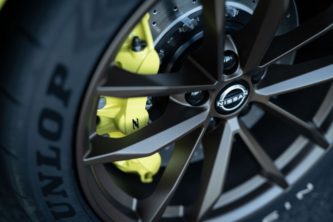 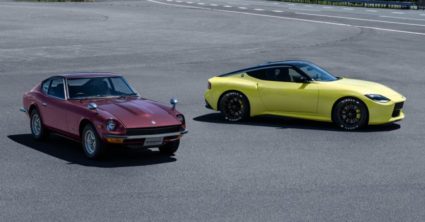