Parking Mishaps- Should Valet be Responsible?

Valet parking is a parking service offered by some restaurants, stores, and other businesses. As opposed to ‘self-parking’, where customers find a parking space on their own, customers’ vehicles are parked for them by a person called a valet. This service either requires a fee to be paid by the customer or is offered free of charge by the establishment.

In recent years, valet services have become quite common in our country too. Various eateries, wedding halls, malls and cinemas have their respective valet parking service for the customers. However there are many cases where either some sort of damage was done to the car during parking due to valet’s negligence or personal belongings went missing from the car that was handed over to valet. 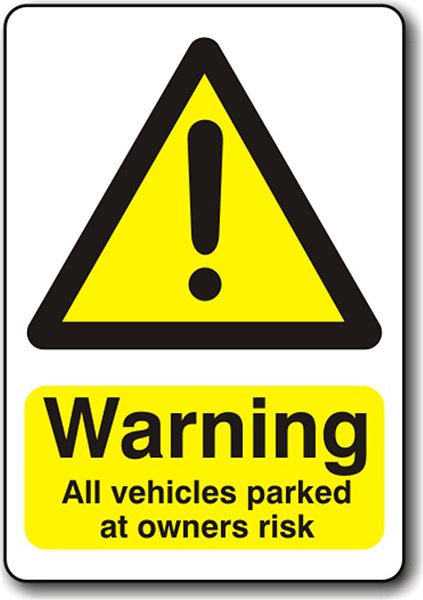 Cherry on top, valet services usually take no responsibility for any mishap whatsoever. The phrase “Parking at owner’s risk” is the easiest way to get away from any sort of answerability. In most cases the valet drivers lacks professional training, however cases have also been reported where cars were taken outside the premises on open roads just for a casual ride and ended up involved in an accident causing damage to the owner’s car as well as others on the road. 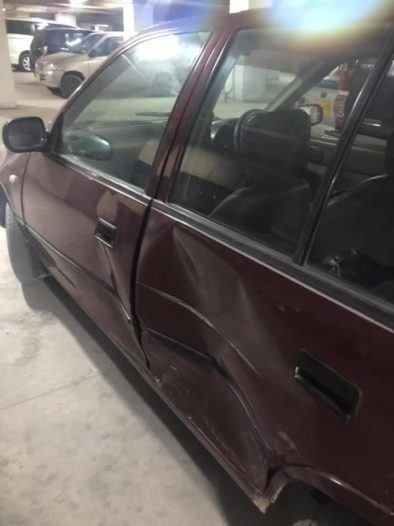 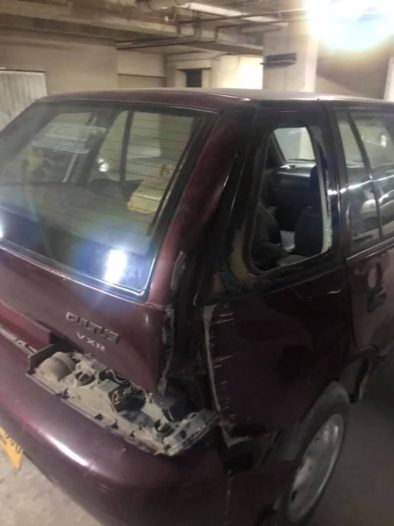 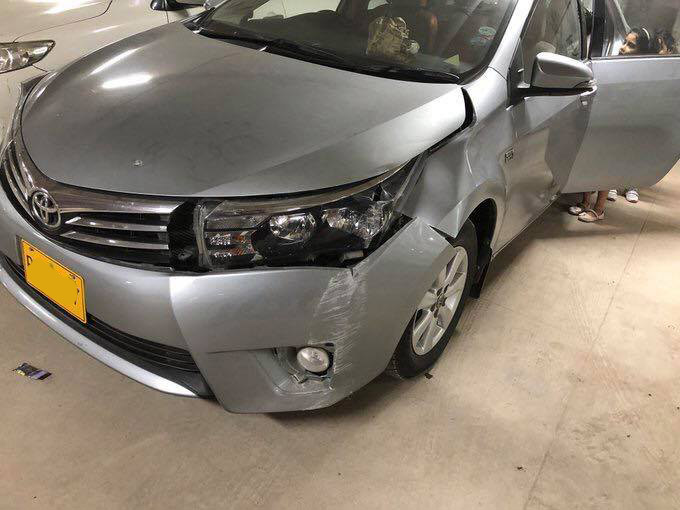 some examples of parking negligence by valet drivers

An owner from Karachi also reported that the tires of his cars were changed with some Chinese brand tires when he gave the vehicle to the valet. He noticed this in daylight 2 days after the incident and valet never accepted any responsibility. Another person reported that his belongings in the glove box as well as the USB which was connected to the player was missing when the car was returned to him.

Related: Petrol Pump Scams: How to Avoid Being Cheated

Then there surfaced another video where valet persons parked the cars and left them open without even bothering to lock or even close the doors. Later in cases like these, they will accept no responsibility of the theft or loss of belongings.

Some don’t even have dedicated parking spots so vehicles end up being treated like this:

I was going through a news peace recently where Supreme Court of India has just ruled that hotels offering valet parking need to own up responsibility in case of theft or damage of a vehicle. The court held that hotels cannot deny compensation under the garb of “owner’s risk” when its staff or valet accepts the vehicle for parking. This judgment came in response to a case filed by a 5 star hotel against the competition commission’s decision to award compensation to a person who had given his car to a valet of the 5 star hotel, but failed to get his car back. The car was driven away by unknown people. While the insurance company paid the claim, the owner of the vehicle also demanded compensation from the 5 star hotel, which was denied by the hotel.

According to the judges who made the decision:

Once possession of the vehicle is handed to the hotel staff or valet, there is an implied contractual obligation to return the vehicle in a safe condition upon the direction of the owner. The hotel-owner cannot contract out of liability for its negligence or that of its servants in respect of a vehicle of its guest in any circumstance. It is only after this burden of proof is discharged that the exemption clause can come into force. The burden of proving that such loss or damage was covered by the exemption clause will also be on the hotel.  The failure to return the vehicle strikes at the root of the bailment relationship and gives rise to a prima facie case of negligence against the hotel.

It is a matter of great responsibility since vehicles which now cost a couple of millions are mishandled by the valet and it’s a huge dilemma if they cannot be held responsible for their negligence. However sadly, there is still no law to protect consumers’ precious belongings here as valet as well as charged parking lots usually accepts no liability towards a theft/damage that takes place when the vehicle is left after being parked.