Pak Suzuki enjoys an unchallenged presence in our market. The company is famous for selling small hatchbacks, small pickups & minivans which in most cases never really saw any direct competitor in the market.

However when it comes to sedans, Pak Suzuki’s success rate is almost opposite to what it enjoys with the hatchbacks. After Baleno which did sell in decent numbers but was still unable to outperform the rivals in terms of sales, the Liana was a complete disaster whereas the Ciaz which is now on the brink of getting discontinued never really created any problems for its rivals whatsoever. Although it was proudly claimed that Ciaz had smashed its critics straight after its launch, but it was never able to smash the dealership doors to come out on roads in good numbers.

However the Suzuki Margalla which was available between 1991 and 1998 is still regarded as the most successful sedan by Pak Suzuki. And even after more than 2 decades since it went out of production, the Margalla can still be found on the roads in decent numbers and is a prime choice for old car buyers due to its performance, reliability, easy maintenance and trouble-free compatibility with CNG.

The car first appeared in our market as an import in 1989 labeled as Swift Sedan with a 1.0 liter (993cc) 3 cylinder G10 engine under its hood that produced about 50hp. The only distinguishing characteristic of these imported 1.0 liter Swift Sedans from the local assembled Margalla was the upper part of front & rear bumpers which were body-colored, as opposed to full black bumpers of the Margalla. Plus contrary to local assembled Margalla, the Swift Sedan was available in metallic colors.

Later when Pak Suzuki’s Bin Qasim plant at Karachi became operational in 1991 the local assembled versions began rolling out the assembly lines & the car was renamed as Margalla. Instead of 1.0 liter three-cylinder G10 engine as in the imported Swift Sedan the local assembled Margalla came equipped with 1.3 liter four-cylinder G13 engine that was paired to a 5-speed manual transmission only.

Margalla was positioned as an entry-level sedan and was cheaper than the 7th gen Corolla 1.3L, the only other local assembled 1300cc sedan back then. Bear in mind in early 90s when local assembling at Suzuki and Toyota plants kicked off (Honda joined later in 1994) import restrictions were tightened to help support the local industry get on its feet. So the 1300cc sedans like Nissan Sunny, Mitsubishi Lancer, Mazda 323, Toyota Sprinter & Corolla (imported) that were immensely popular during the 1980s, went out of picture in the 90s leaving customers with no other option but to go for Suzuki Margalla.

On the downside the local assembled Margalla had no metallic colors to choose from, keeping in mind the imported Swift Sedan from the late 1980s was available in metallic colors. The dashboard was a little quirky and there were not many trims to choose from. Initially there were STD and DLX models to choose from with air-conditioning as the only key difference in terms of equipment. However later towards late 1994 a power-packed version called Margalla GLX was launched which came equipped with power steering & power windows with an introducing of new Black color in the lineup.

Suzuki Margalla enjoyed handsome sales outnumbering every other sedan available back then. It offered a spacious interior which was as generous as larger sedans available in that era, the drive was impressive for a car of that price, looks were decent, performance was pretty impressive and maintenance & availability of spares was never an issue.

However as always, the biggest problem for Pak Suzuki cars in our market has been competition. In January 1997, Honda introduced their first 1300cc sedan– the City SX8 which offered a lot more than Suzuki Margalla and literally dented the sales of Suzuki’s most popular sedan. According to PAMA, Margalla saw 6,028 units finding buyers in fiscal year 1995-96, however after the introduction of Honda City SX8 the numbers almost shrank to half with just 3,174 units in FY1996-97 and 3,074 units in FY1997-98 before it was discontinued.

Pak Suzuki did introduce an updated version called Margalla Plus to compete against the Honda rival but it went in vain. The Margalla Plus had slightly different grille up front, had a new dashboard (same as that of Cultus MK-II), updated door panels and some new colors added to the palette. Still the upgrades were never able to push the sales up and the car was eventually replaced by Baleno sedan in 1998. 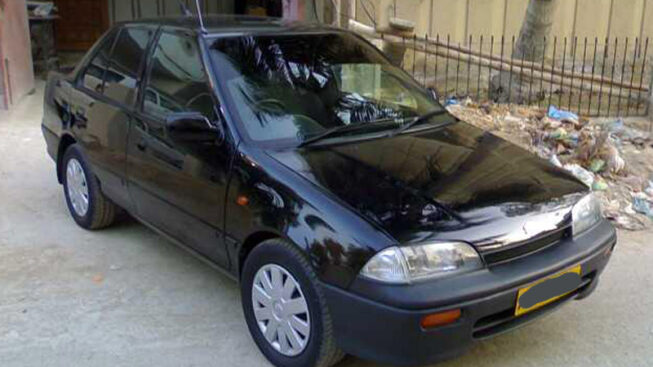 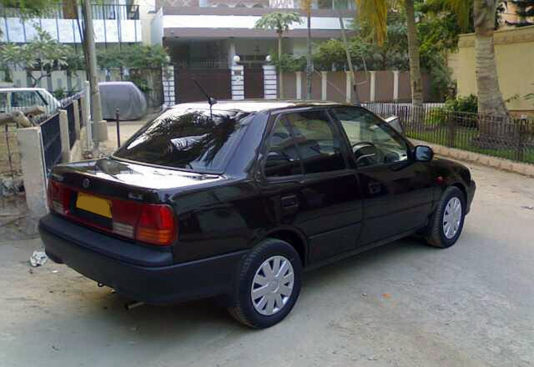 A 1998 Suzuki Margalla Plus

However even after getting discontinued, Suzuki Margalla enjoyed decent reputation in used car market. Thanks to the introduction of Suzuki Cultus hatchback in 2000 which was nothing but a hatchback version of MK-II Swift aka Margalla, most of the parts were available as new in the market. Bear in mind both Margalla sedan and Cultus hatchback share plenty of swappable parts including windscreens, doors, panels, side mirrors, door locks, seats, suspension, brakes and other mechanical & engine related components. 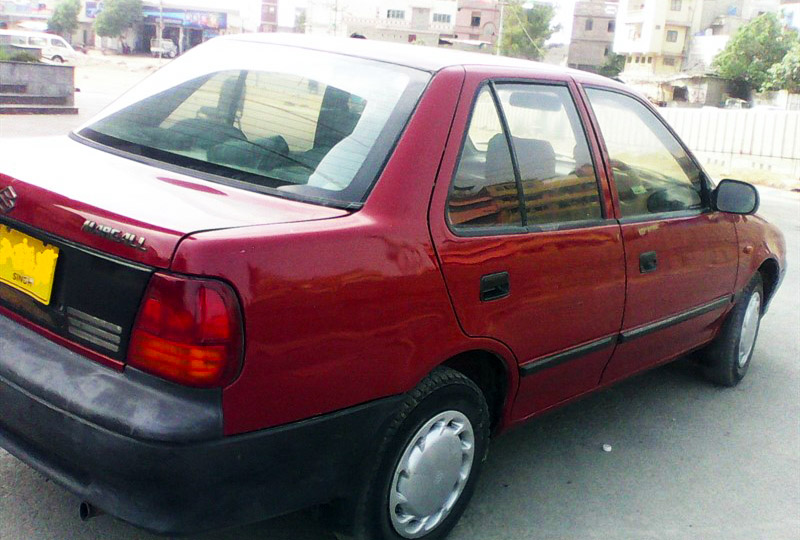 Even after more than 2 decades since it got discontinued, the Margalla can still be seen performing efficiently on our roads. It is an epitome of trustworthiness and the name which has engraved itself as the benchmark of reliability and success in consumers’ minds. Pak Suzuki could have brought back the Margalla nameplate to life by rebadging the Ciaz facelift. Being a highly successful nameplate, it can give Suzuki the same sort of success that it’s enjoying by renaming the Celerio hatchback as Cultus. However as per reports Pak Suzuki might pull the plugs off the Ciaz sedan in Pakistan.

In all these years, the company introduced 5 sedans in Pakistan, three of which were assembled locally. The first being Margalla, followed by Baleno and Liana whereas later on Kizashi and Ciaz were introduced as CBU imports and were never assembled locally. It is safe to say that the sort of success Suzuki Margalla enjoyed in its time, as well as that after it got discontinued; no other Suzuki sedan even came close to it. 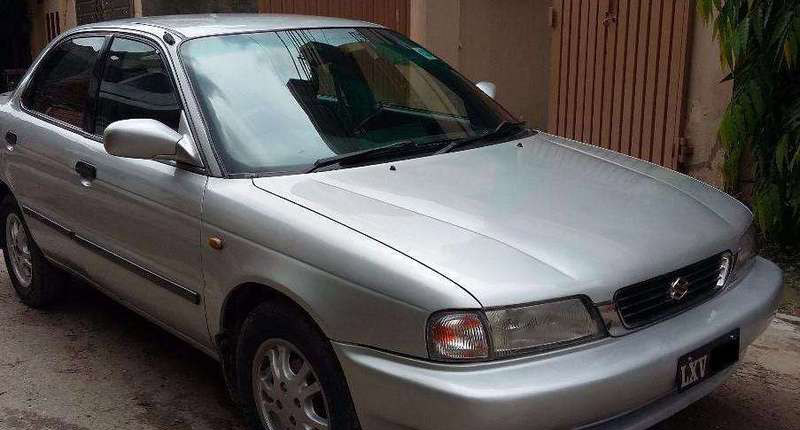 Some might want to bring Baleno into the same league however one should know that Baleno was unable to reach even close to the per-year sales figures of the Margalla. The highest sales for the Baleno (pre-facelift) were recorded in year 1999-2000 when 2,883 units were sold. This figure is even less than the affected sales of Suzuki Margalla in 1997 & 1998, which were 3,174 and 3,074 respectively, remember Margalla enjoyed 6,000+ units a year before the competition arrived. 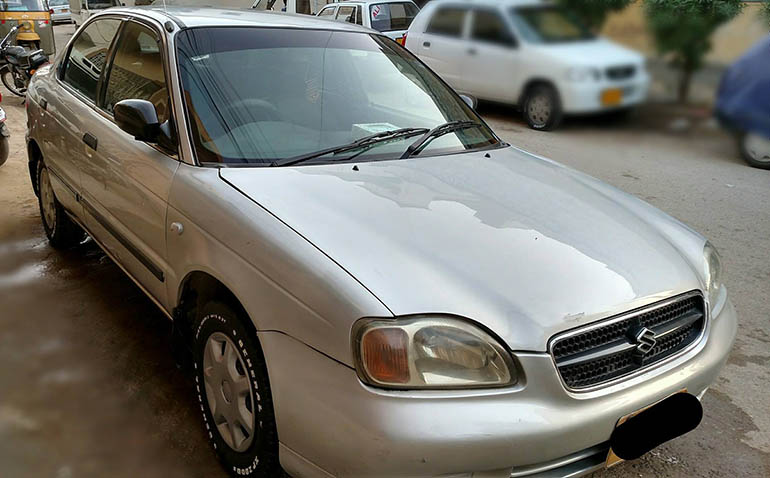 Baleno’s sales again took a dip and were literally cut into half when in year 2000, Honda launched the City SX8 facelift. This was regarded as the most celebrated facelifts to be launched in our market, as a result sales of Suzuki Baleno were reduced to just 1,484 units in 2000-01 and 1,188 units in 2001-02. Baleno’s highest sales were registered in year 2004-05 with 5,879 units sold however it was still less than the 6,028 units of Margalla in FY 1995-96. Furthermore the rival Honda City sold 11,771 units in 2004-05 which was almost double than the highest sales of Suzuki Baleno.

From the looks of it, there is no chance of Suzuki getting back into the sedan game with Ciaz already on the verge of being discontinued. Perhaps Margalla will be remembered as the most successful Suzuki sedan in Pakistan for years to come. Have you ever owned a Suzuki Margalla, let us know with your experience. 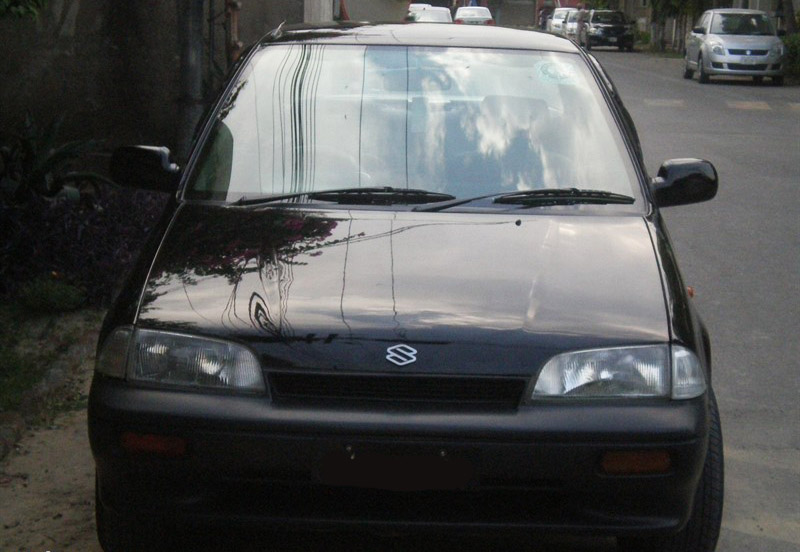