Renault Kwid for Brazil Gets Structural Changes To Make It Safer

Renault will launch the Kwid in Brazil this June and will market it as a compact SUV. Compared to the Kwid in India, the Renault Kwid in Brazil has undergone structural reinforcements with increased usage of high-strength steel and will come equipped with ISOFIX child seat anchor points, four airbags and ABS as standard, and will be 140kg heavier than the Indian Kwid. 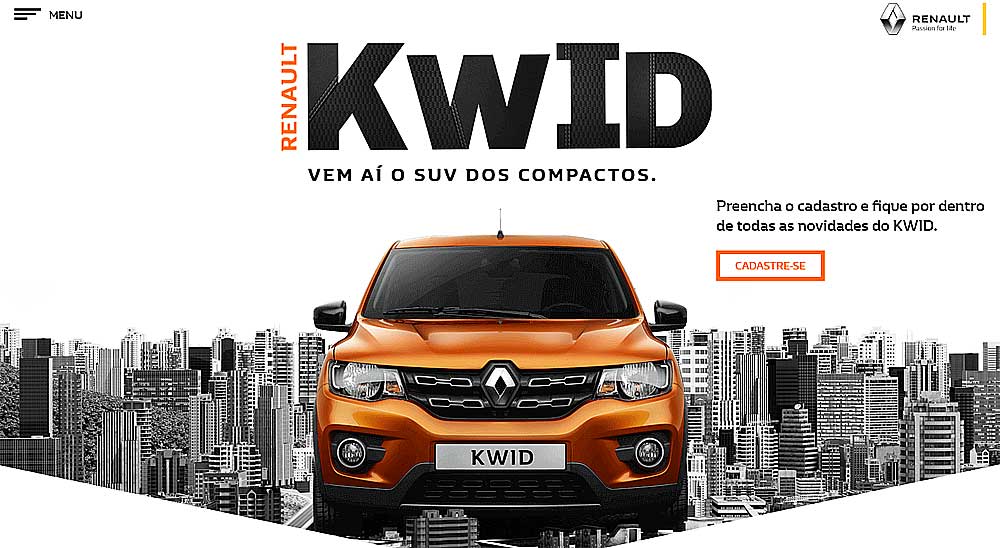 Safety levels of the Kwid will be a key selling point in Brazil. At any cost, Renault would not want to be in a state of embarrassment from the results of the Latin NCAP crash test results which has exposed serious safety flaws in older cars sold in that region. After repeated tests, the Indian Kwid managed to acquire a single star crash test rating from Global NCAP and no doubt that learning would be applied to make the Brazilian Kwid safer than the Indian version.

Under the hood, the Brazilian-spec Kwid will pack a new Flexfuel 1.0 liter 3-cylinder engine which will produce 79hp & 10.2 kg.m of peak torque with gasoline, and 82hp & 10.5 kg.m of torque with ethanol. A 5-speed manual gearbox is standard, while a 5-speed AMT with traction and stability control will be offered.

Inside, the center console has been slightly redesigned, featuring window, door lock and rear defogger buttons located under the 7-inch MEDIANAV display, and a new instrument cluster with an analogue speedometer and tachometer dials, as well as a digital multi-info display.

The Kwid is Renault Brazil’s most important product this year as they plan to replicate the Indian Kwid’s runaway success. This will significantly help Renault increase its market share in the South American region.