The 2018 second generation Suzuki Ertiga has made its global debut at Indonesia International Motor Show (IIMS) 2018.

Compared to the first generation, the new Ertiga is 99mm longer, 40mm wider, and 5mm taller. However at 2,740 mm, the wheelbase remains unchanged. The front end of the 2018 Suzuki Ertiga features a new hexagonal chrome grille flanked by sleek projector headlamps, bumper with black inserts, a revised lower grille and a re-sculpted hood with prominent crease lines.

Suzuki has given the new Ertiga a floating roof effect thanks to the blacked out D-pillar section. The L-shaped LED rear combination lamps with light guides are reminiscent of the Mitsubishi Xpander. A chrome stripe above the license plate recess connects the tail lamps. The tailgate and rear bumper is also redesigned. 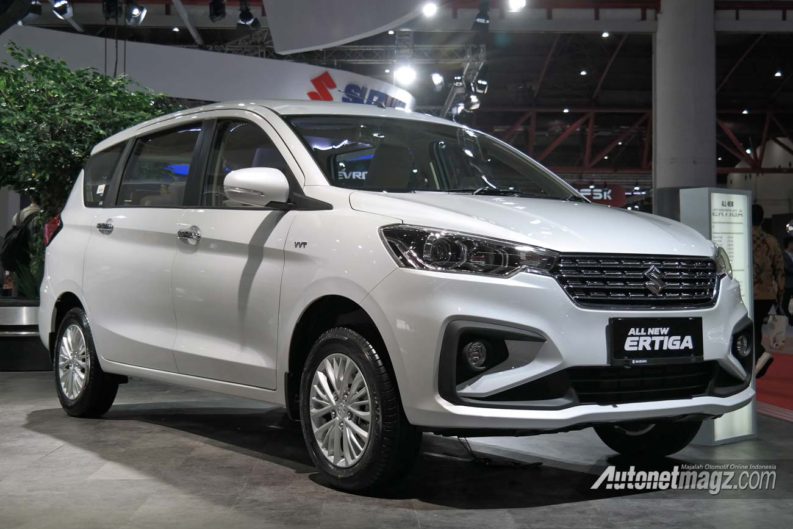 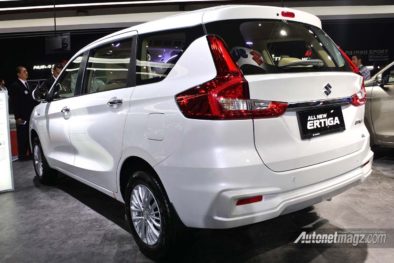 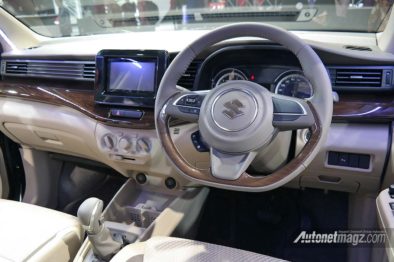 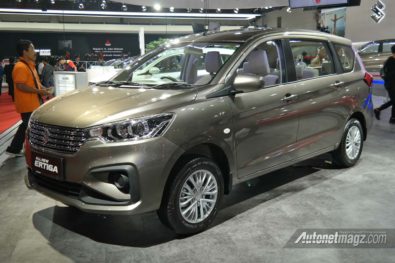 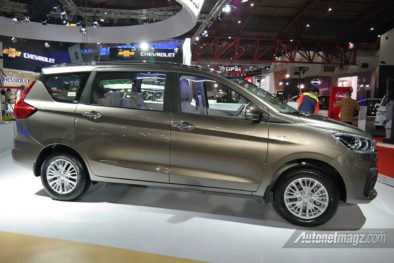 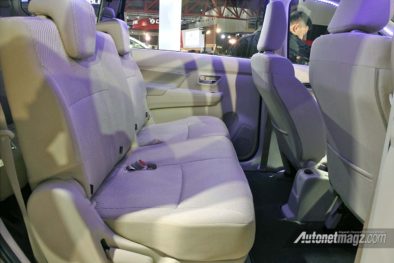 The 2nd gen Ertiga gets an all-new dashboard layout and is finished in light colored materials with generous black and wood finish inserts. The touchscreen housing is extruded, like it does in the Suzuki Ignis.

The 2018 Suzuki Ertiga is powered by a new K15B 1.5 liter VVT four-cylinder petrol engine that produces 105 PS at 6,000 rpm and generates 138 Nm of torque at 4,400 rpm. It replaces the K14B 1.4L VVT four-cylinder petrol engine developing 92 PS and 130 Nm. Like its predecessor, the new Ertiga offers the same transmission choices with 5-speed manual and 4-speed automatic.

The Ertiga is one vehicle Pak Suzuki should seriously consider launching here, replacing the aging Suzuki APV. The introduction of Ertiga in Pakistan will surely help Pak Suzuki compete with the Honda BR-V much more effectively rather than dragging the unsuccessful APV since ages. Do you think Pak Suzuki should replace the APV with Ertiga 7 seater, let us know with your comments?