Should Pak Suzuki Launch Ciaz To Recapture The Sedan Market in Pakistan?

Pak Suzuki started to lose their position in the 1300cc market ever since they discontinued their popular Margalla sedan. The Suzuki Margalla was primarily loved for its low cost maintenance, reliability and its problem-free CNG running. It was an ideal low budget entry level sedan which not only was easy to buy but was cheap to maintain as well.

In 1998 it was replaced by the Baleno which was technically the most advanced 1300cc sedan of its time in our market. Though a lot of people call it a failure, but in reality it wasn’t as successful as its predecessor, the Margalla. Although the Baleno remained a promising package in the 1300cc sedan market, its successor the Liana sedan was never able to carry Pak Suzuki’s success in the sedan segment.

Since the exit of Liana, Suzuki is yet to make their comeback in the sedan segment. However its not just Pakistan where Suzuki had problems with their sedans, even in global markets there was no true product to lift Suzuki’s flag in this segment. The SX4, successor to the Liana was not a great success elsewhere hence Pak Suzuki never wanted to take risk. However, now there is an option which Suzuki would want to consider & make their comeback in the long-lost sedan segment which they used to rule once. 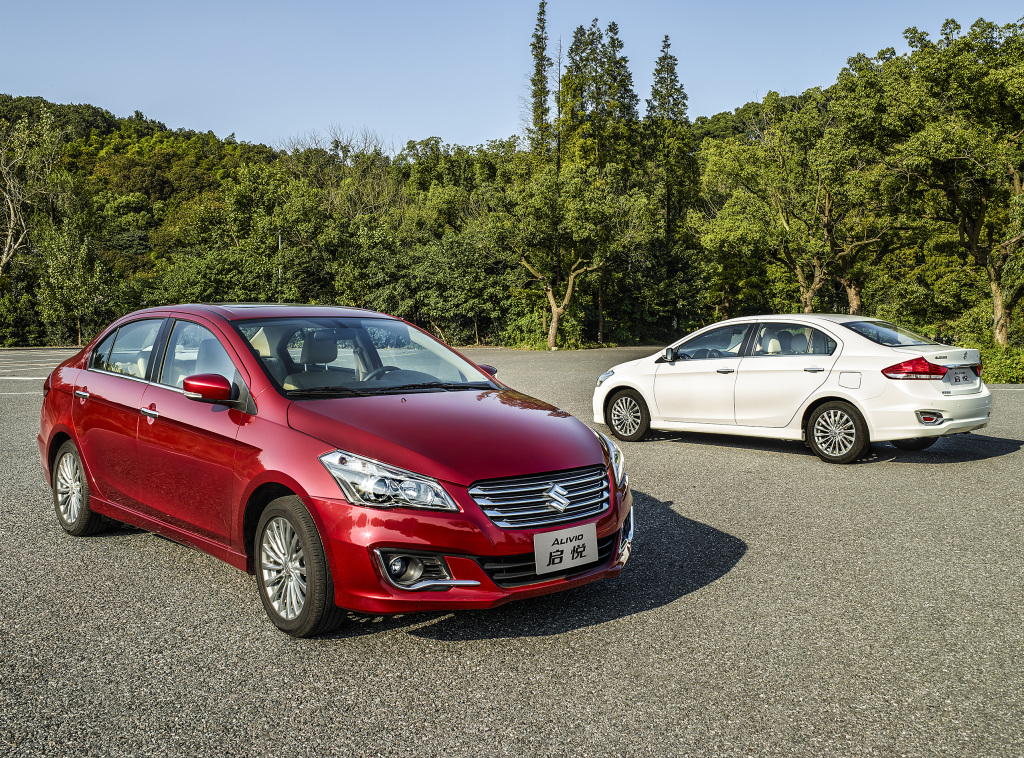 The Ciaz Sedan, also called as Alivio, is a compact sedan which replaced the SX4 in Asian and Latin American regions. Design-wise it’s undoubtedly better than both Liana & SX4. It has a nice & clean design language and good aggressive standing stance. The rear, particularly the tail lights & the chrome strip above the registration plate is heavily inspired from a 6th generation Honda City. 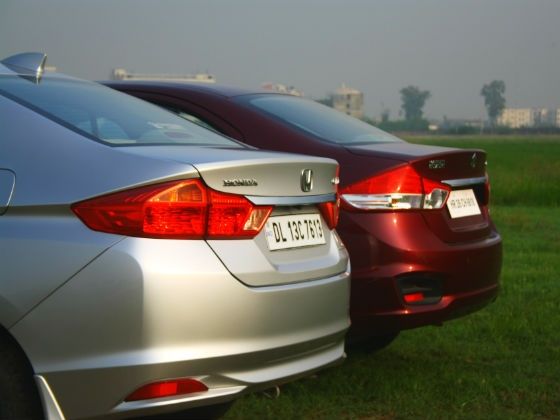 The Ciaz is developed as a sporty and elegant sedan which combines smart features, spacious & comfortable cabin, a 495 liter large boot space and great driving performance with excellent fuel efficiency. The claimed fuel economy is 20km/ liter with a 1.4 liter K-series engine. The Ciaz is longer and wider than the City and Vios, which its meant to compete in ASEAN markets. The wheelbase is 2,650mm long, resulting in a tremendous legroom for rear passengers.

Ciaz usually comes with the K14B VVT petrol engine that makes 92bhp, however a 1.6 liter engine with 120bhp is also available in few markets. In India, Ciaz is the second best seller in its segment right behind the Honda City. It is not a surprise as it offers an impeccable package of great space, acceptable build quality, good driveability and a satisfactory ride. 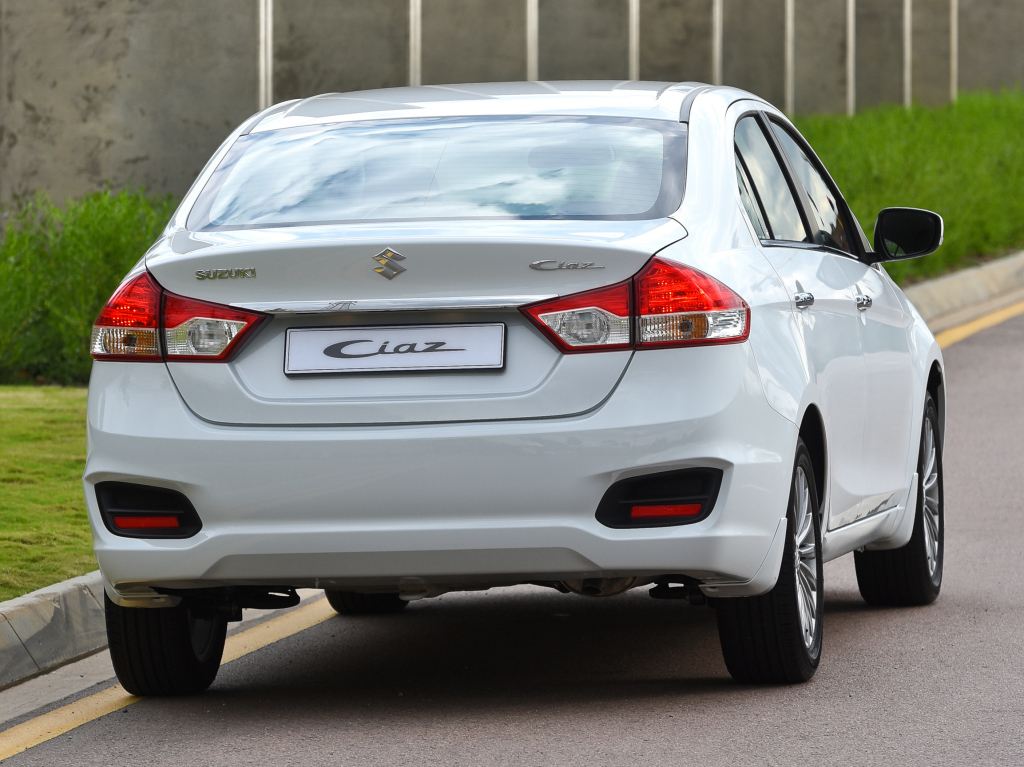 Since Pak Suzuki is already selling an old 2nd generation Swift, the price of which starts from PKR 12.21 lac and goes up to PKR 14.33 lac, it would be difficult to launch them the Ciaz at around 14 lac here. However since it competes with the likes of Toyota Vios & 6th gen Honda City in ASEAN markets, the absence of both the opponents can give Ciaz an edge considering if its priced around a Honda City 1.3, in Pakistan. Honda Atlas is yet to launch the 6th generation City, which Ciaz is actually meant to compete with.

Long gone are the days when people were able to buy cheaper & affordable brand-new sedans like Suzuki Margalla back in the 90s. The Ciaz, however if priced logically & launched timely, can bring the sedan market back into Pak Suzuki’s grip. A vast majority of auto consumers in Pakistan need cars like Suzuki Ciaz rather than the expensive & out-of-reach Suzuki Kizashi. Pak Suzuki should consider!