The Sorento Experience at KIA PowerPlay

Kia-Lucky Motors officially unveiled their latest addition to the local assembled lineup– the Sorento mid-sized 7-seat crossover SUV to renowned automobile bloggers & video content creators in an exclusive event called PowerPlay last Sunday. The event not only showcased the newest product but also gave the visitors a true first-hand experience of the car which is set to go on sale in the market very soon.

Kia Sorento is available in three variants– the 2.4L FWD, 2.4L AWD and the flagship 3.5L V6 FWD. The vehicle comes rich in features & equipment which is almost identical in all variants, the key difference being the engine & transmission. The 2.4L variants are paired to a 6-speed automatic transmission whereas the 3.5L V6 version comes paired to an 8-speed automatic gearbox.

This is also the first local assembled vehicle to have an engine this big– the 3.5L V6 with 276hp, plus it is also the first local assembled car to have 6 airbags along with a host of safety features including traction control & stability assist, ABS with EBD, reversing camera & sensors etc whereas other features include cruise control, multimedia system, climate control, panoramic roof, power tailgate, electrically adjustable seats, dedicated AC controls for all 3 rows, engine start/ stop function, LED headlamps with DRLs & LED tail lamps, LED fog lamps and 18-inch alloy wheels to name a few. 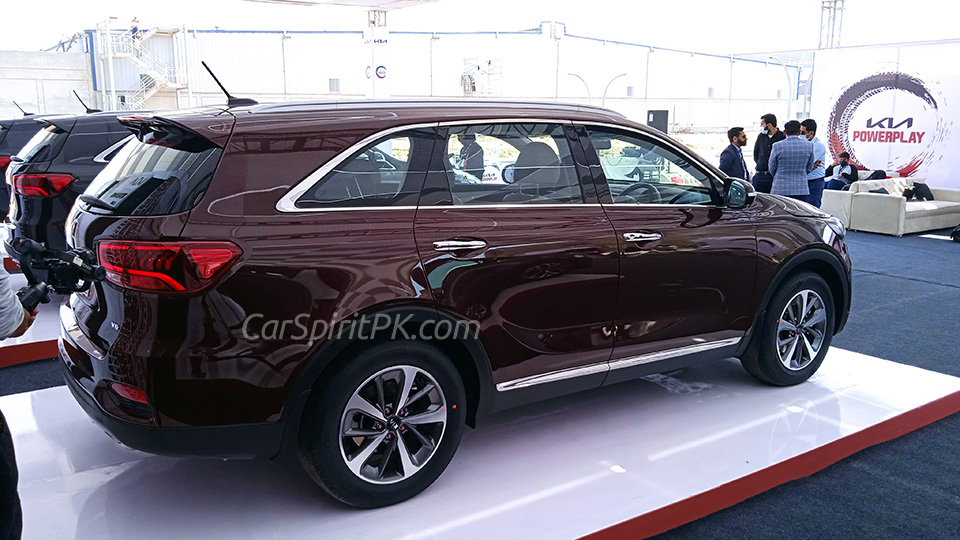 The most interesting part of the PowerPlay event was the segment with a race driver on KIA’s native test track. The 2km long stretch had turns & twists at each end, and a steeply inclined slope to test the vehicles to the limits. We were lucky to have a go with renowned race driver of Pakistan Shah Faisal commonly known as Faisal Bacha who showed us the immense power & handling and braking capabilities of the 3.5L V6 Sorento.

In the latter half of the day we were given a chance to test drive the 3.5L variant as well as the 2.4L AWD version in a desert track purposely built to showcase the off-roading capabilities of the Sorento. As per our experience with driving the car for almost half an hour, we found both the Sorento variants truly echoing Kia’s tagline The Power to Surprise! Both the engines were extremely capable however the 3.5L V6 being an exception– truly. 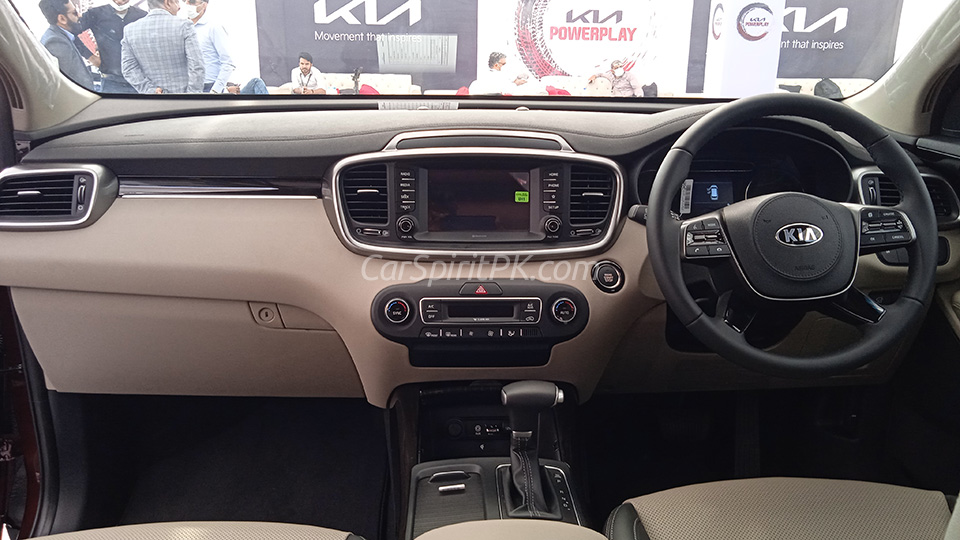 Bear in mind Sorento is not a genuine off-roader since it’s a mid-sized crossover & not a ladder-frame chassis SUV. So the ride height and overall drive quality is more suited for in-city driving and offers far more comfort, features, and better handling capabilities than Toyota Fortuner. However when it comes to true off-roading, Fortuner will have an edge but it sure lacks quality urban driving characteristics when compared to Sorento. 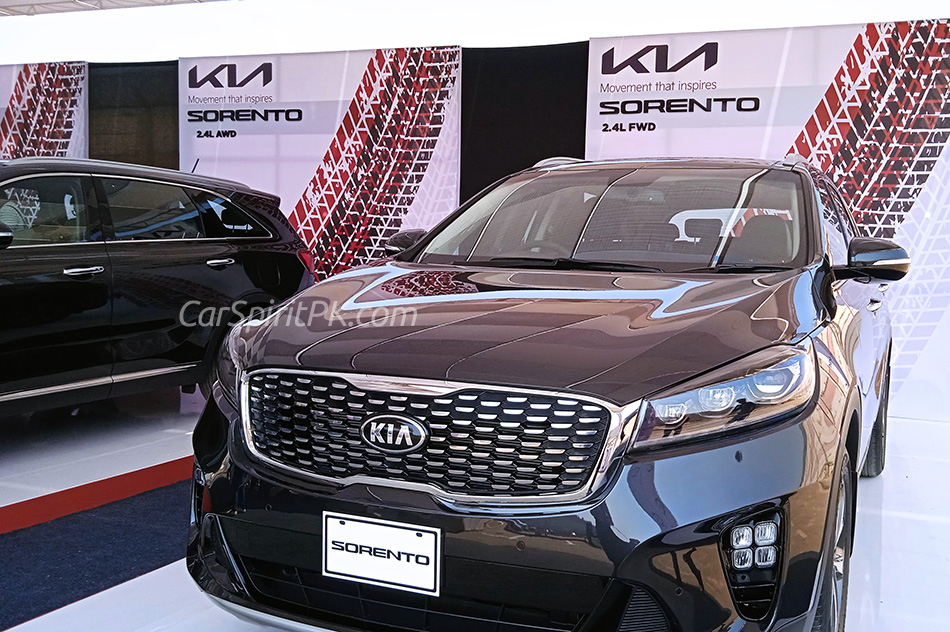 The 2021 Kia Sorento in Pakistan has been priced as:

Obviously the company isn’t trying to target the general set of buyers here. As the vehicle cost above PKR 7 million it’s not going to be everyone’s piece of cake. However military officials, bureaucrats & politicians are big buyers of SUVs of this size and the Sorento will create good competition in this elite segment. 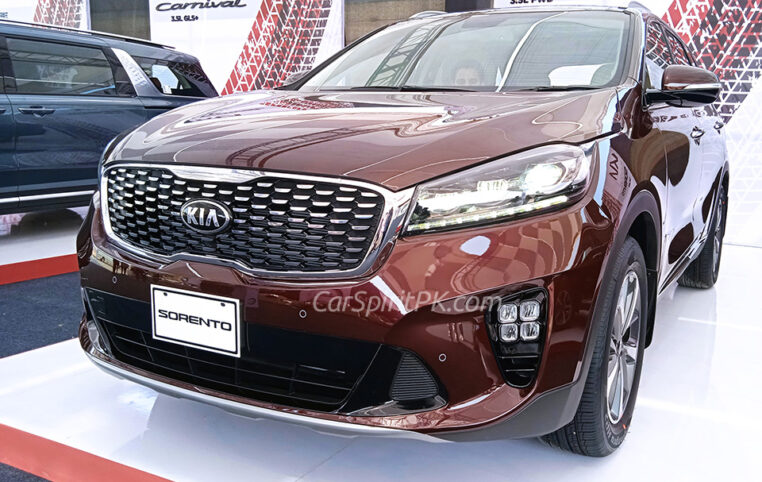 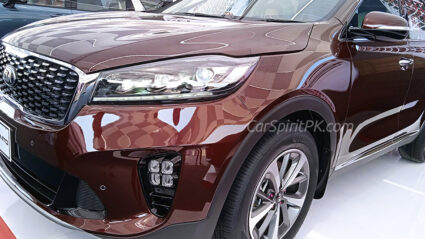 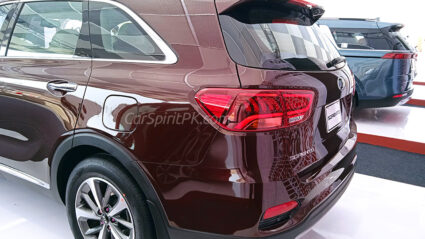 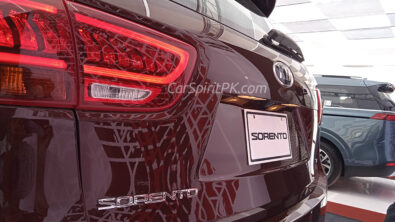 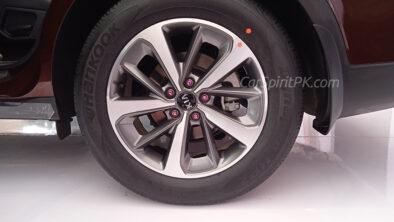 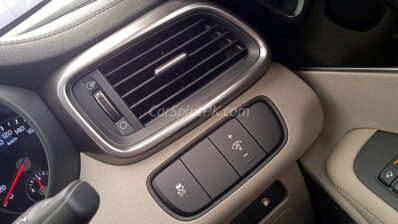 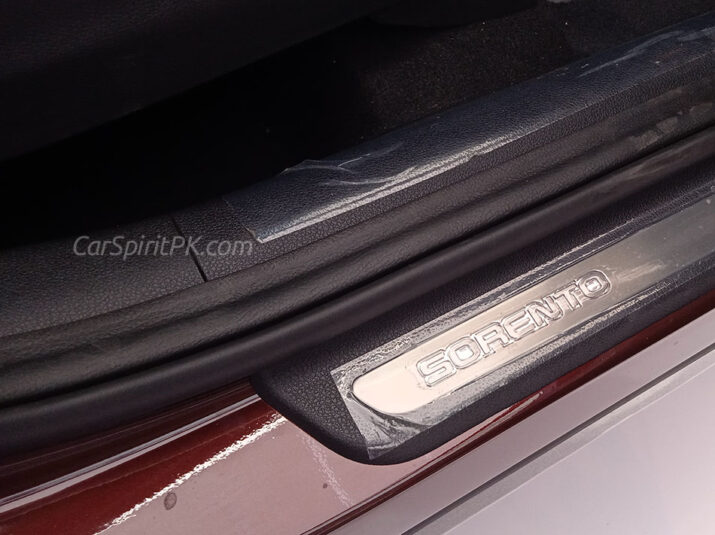 The Kia Sorento in Pakistan

For most of the ordinary buyers this won’t look like a sound move, but just look at things from this perspective. Toyota Fortuner which Kia Sorento is aiming to target sold 702 units during the first 7 months of FY2019-20 averaging around 100 units a month, however in FY2020-21 it has sold 1,666 units in first 7 months averaging 238+ units registering a 137% increase in sales. So the segment which is witnessing phenomenal growth & was long ruled by just one option will now have 2 rivals locking horns.

Kia witnessed a strong start to year 2021 as it outnumbered Honda to become the third bestselling car brand in Pakistan behind Suzuki & Toyota with over 2,500 units sold in January 2021. With Sorento Kia will be able to further improve its game by capturing a good share of the segment which was wholly ruled by Toyota Fortuner up until now.