Suzuki Ciaz Facelift to be Launched in India

The Suzuki Ciaz was launched in global markets back 2014 and has completed 3 years of its life. More than 100,000 units have been sold since its launch in 2014, but being three years in the market, Maruti Suzuki has decided to give the sedan a mid life facelift.

The Ciaz is a good looking car in its segment and managed to set the sales charts on fire because it offers spacious interior, its features & reliability. However due to stiff competition, it’s important for Suzuki to keep the Ciaz updated in Indian market.

The Ciaz facelift will sport cosmetic changes done to the exterior which will include new bumper designs and resigned front and rear fascias along with additional chrome inserts to make the car look more premium than the current one. The interior could also get updates done to dashboard and new upholstery to keep things fresh. 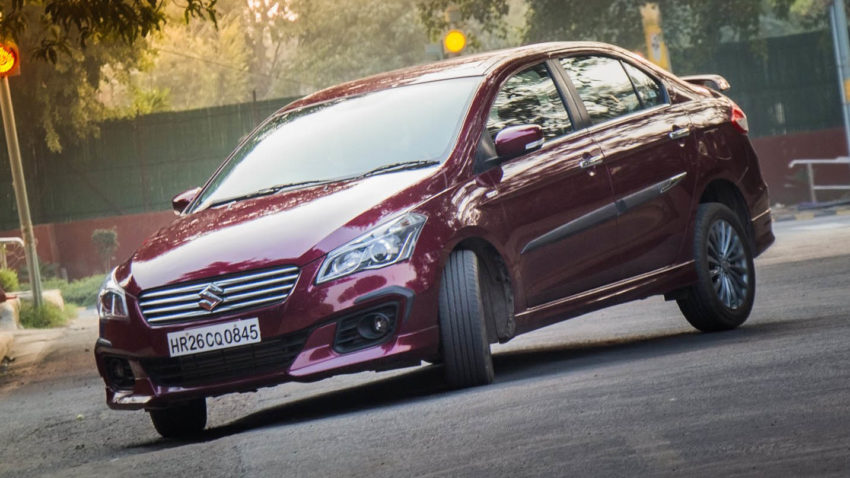 In terms of features, the Ciaz is loaded with technology such as Start/ stop, Smartplay touchscreen system with Apple Car play, keyless entry, navigation, reverse parking camera, auto dimming day/ night mirrors and leather seats, however the Ciaz facelift is expected to be loaded with even more features such as Sunroof and Cruise control to compete with Honda City facelift and New Verna.

Mechanicals will see a big change in the Ciaz facelift with a brand new 1.5 liter M15 Petrol engine giving out 100bhp and 133nm of torque along with a 6 speed automatic gearbox thus ditching the old 4 speed auto on the current car. The Suzuki Ciaz facelift is expected to be launched in India by April 2017.