Suzuki Mehran: A Medieval Plague Doctor in the Age of Robotic Surgeons

It’s mid 2017 and it’s about time we address this. The Suzuki Mehran is Pakistan’s best selling hatchback. It’s also the deadliest. While some websites might be claiming that Suzuki has set the ‘standard’ for safety by introducing the Cultus VXL, I just want to get the record straight here.

Well first of all Cultus does not come with ABS and Airbags as standard. And they simply did it under pressure from the auto policy and, to some extent, maybe to compete with the FAW V2 which offers dual frontal airbags as standard a price way lower than the Cultus.

Pak Suzuki has not been setting the standard for safety. A recent accident involving a Mehran reminded us of how seriously they take ‘safety’ and how they see it more as a hindrance than a necessity. Yes dear reader, the company that just introduced an airbag equipped hatchback at almost the price of a subcompact saloon, has been manufacturing death mobiles for the past couple of decades. You would think that a car with the prestigious title of ‘Pakistan’s Best Selling Car’ would be better but no, it’s a sentient tin box that actively thinks about killing you. 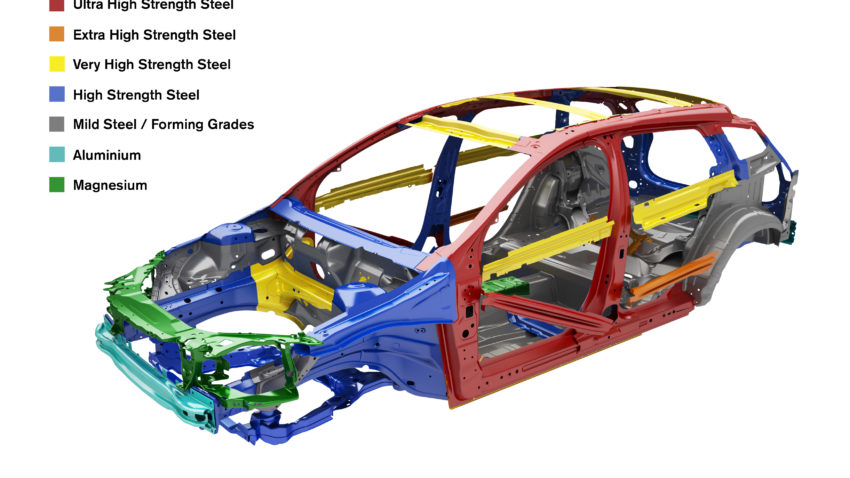 Here’s how it should work :

This is the basic concept on what modern cars are built on. The side pillars(red) are made of extraordinary high strength metal to prevent the passenger space from collapsing in case of impact, the bonnet and the boot crumple and absorb the impact and the prevent the passenger space from collapsing. But this is not the case with the Mehran at all. 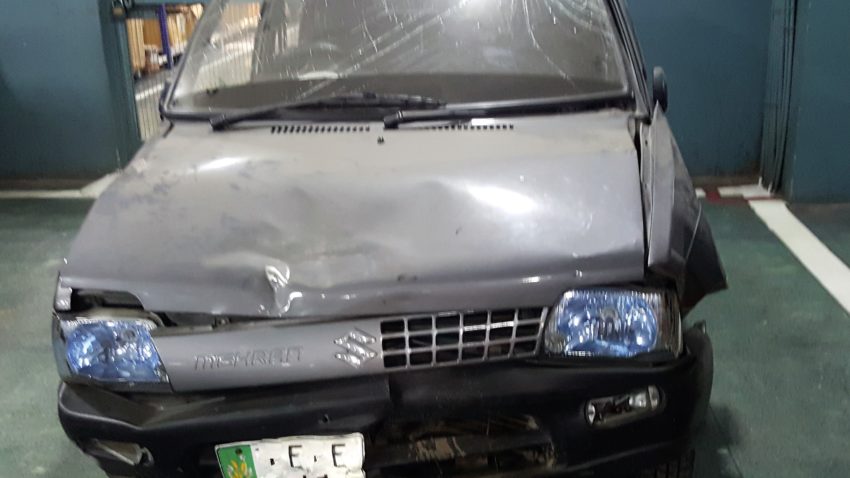 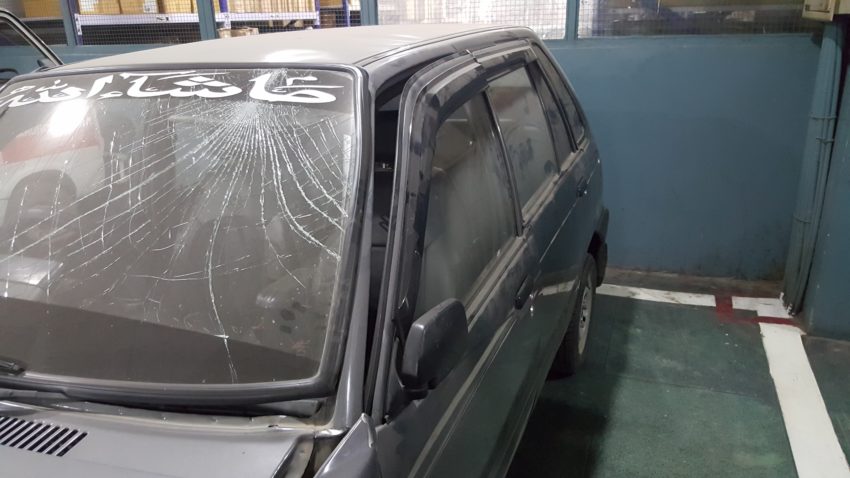 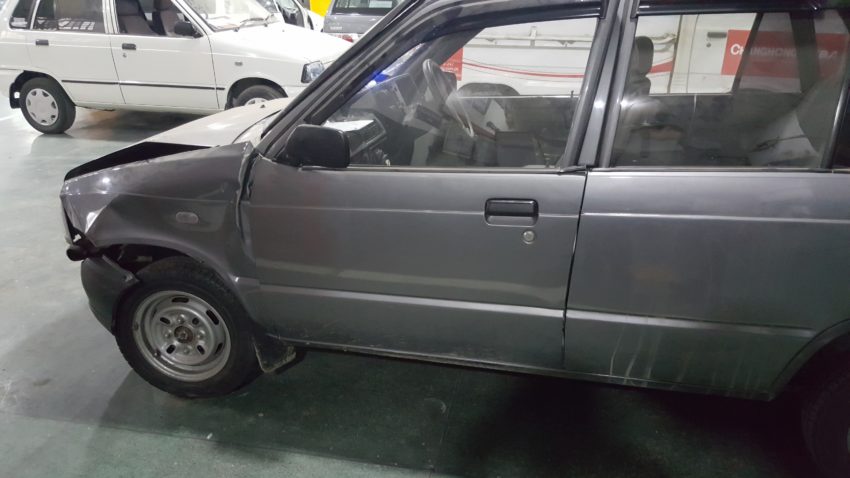 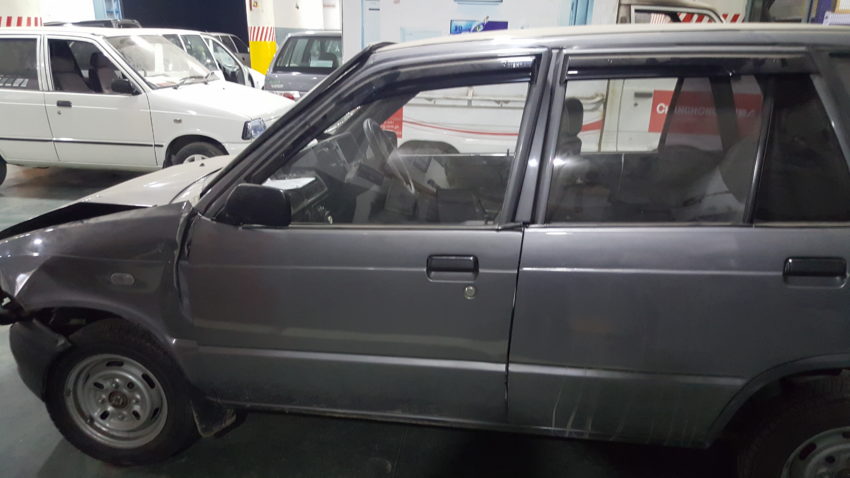 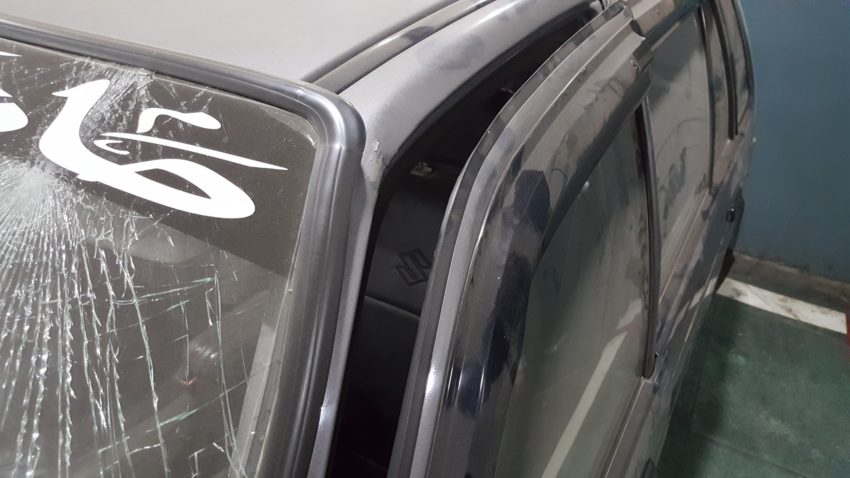 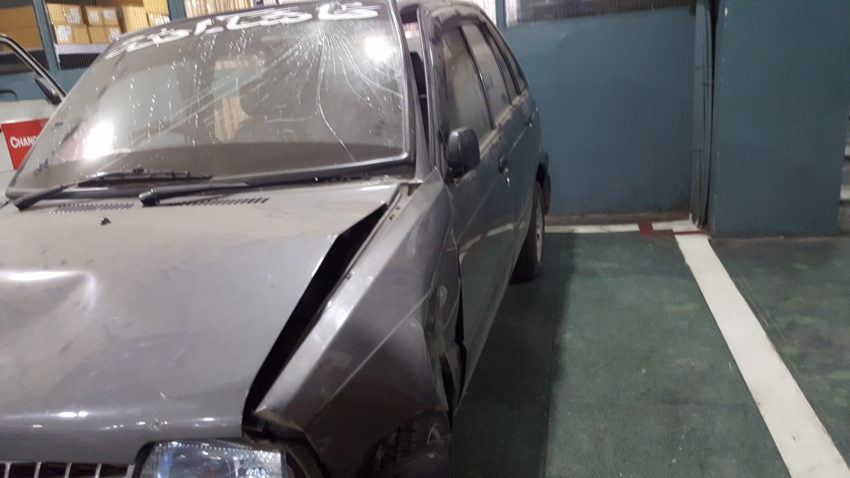 In this modern day and age where most European cars boast a safety rating of 5 stars (on the Euro-NCAP test) our best selling car doesn’t even have crumple zones; a safety feature that was introduced back in 1952. And the A-pillar failed miserably and bent when it shouldn’t have.  As is evident from the pictures shown above, even in a low speed head on collision, the Mehran’s lack of crumple zones means it gets mangled and bent. A high speed collision would most certainly lead to serious injury or even death because the A pillar would bend completely squishing the passengers leaving no room for survival. 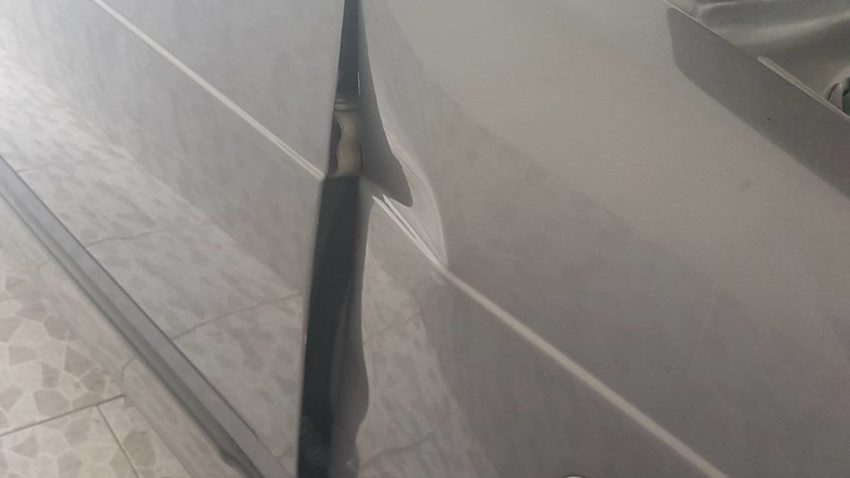 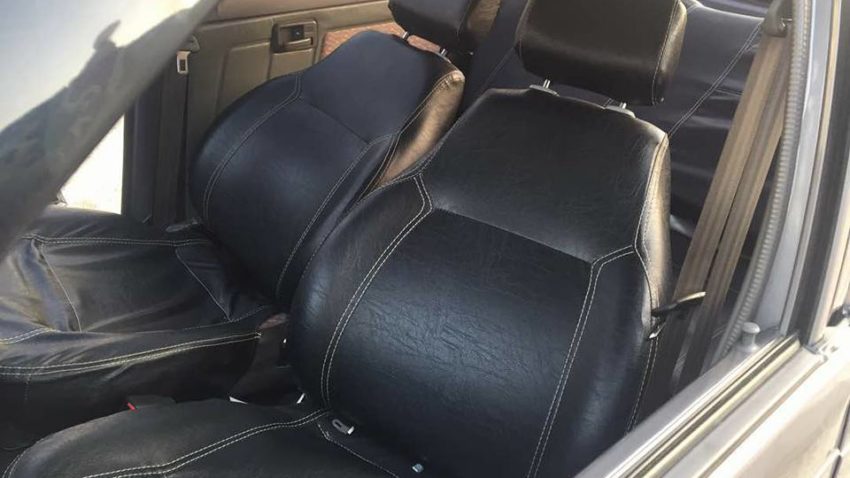 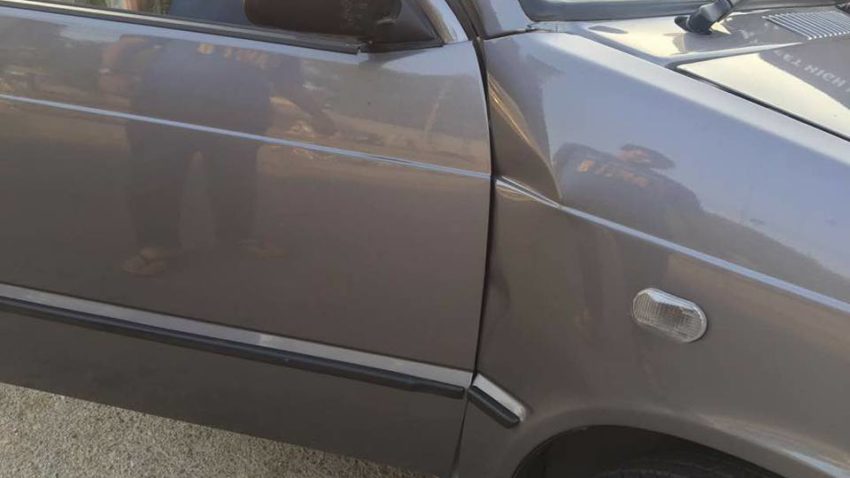 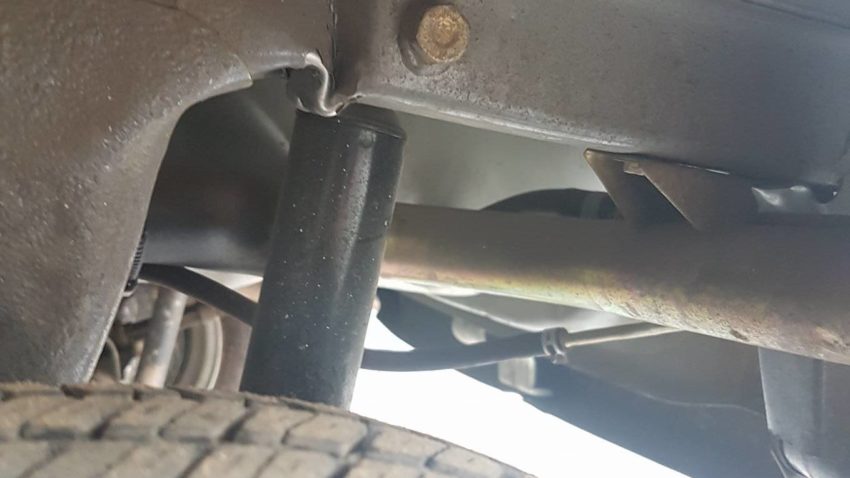 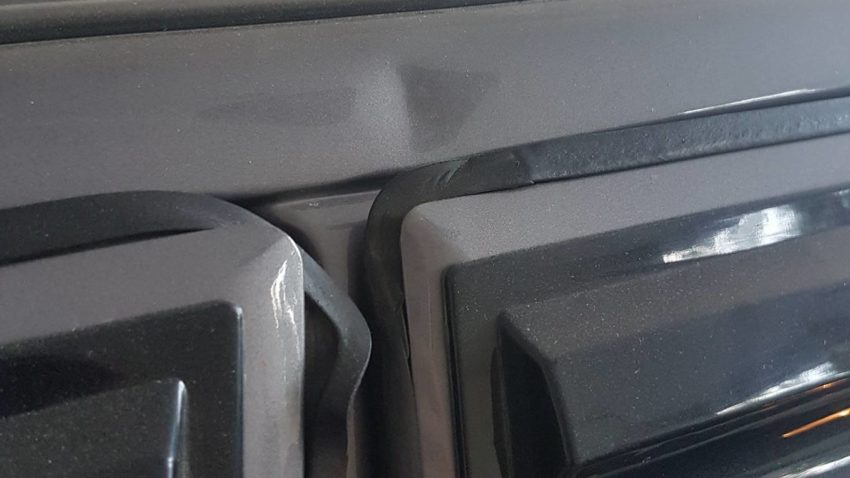 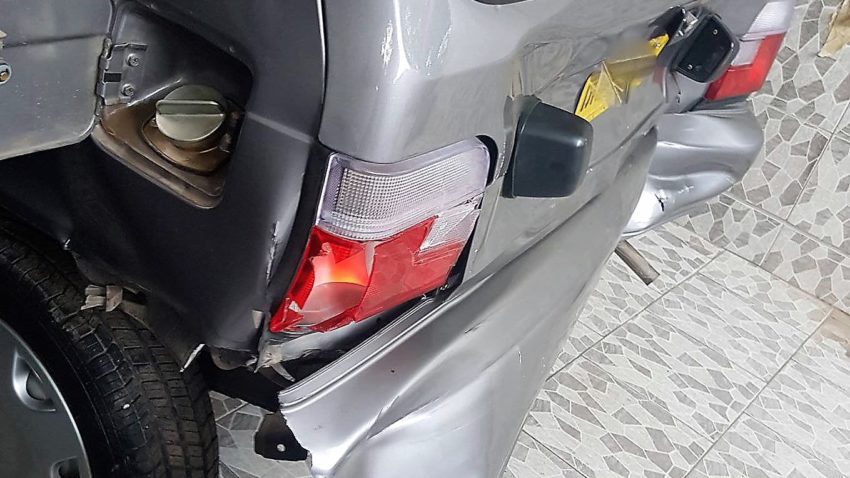 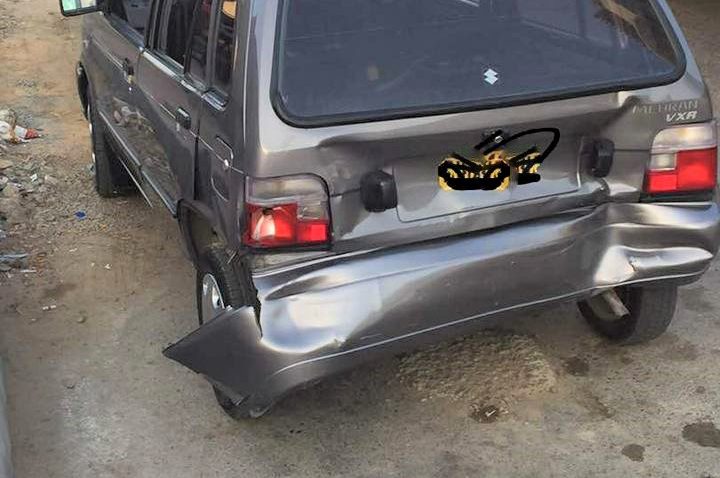 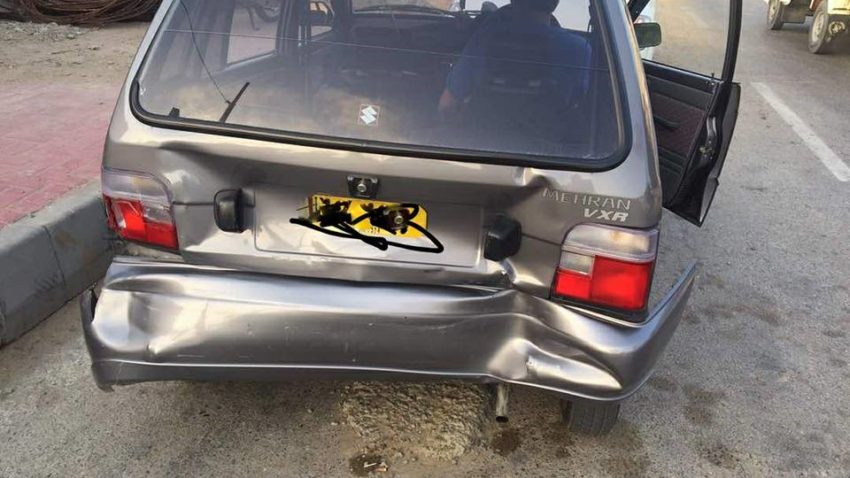 This is a brand new 2017 Mehran that was rear ended by a Honda Civic. Now if you see the impact, you’d think only the boots been damaged damage but no. The damage affected thee doors and even the roof is somewhat bent due to the weak structure that couldn’t keep the passengers cabin from being affected. Put simply, the force of the impact, instead of being absorbed, dispersed around the entirety of the car which lead to the car losing all of its rigidity. Now let’s dig in a little deeper to find out what actually is the matter with the ting old Mehran.

Here’s how it should have worked

Now we talked to the driver and he told us that all passengers escaped with minor injuries, Alhamdulillah, they’re all okay.

Our recommendation: It’s time we give preference to safety instead of resale. Suzuki Pakistan needs to learn that just because they can keep selling the Mehran in Pakistan, doesn’t mean they should. The people who buy the Mehran are in no way to blame for their choice or purchase.The Mehran is the cheapest car in Pakistan and Pak Suzuki has been taking advantage of that fact for decades. Despite never ending complaints about the car’s safety, Pak Suzuki turns a blind eye because no one can hold them responsible.

Some horrible examples showing how unsafe the Suzuki Mehran is: