Competition is something that barely exists in our market. Here auto assemblers operate as a cartel by offering products that never rival another in terms of price or segment. This gives them a complete monopoly over the segment as no other vehicle is offered in the same class or price bracket.

In other markets however, the same companies operate rather differently. Since there is a strong check & balance in other countries, automakers have to adhere to strict guidelines in order to be able to sell a product. And with greater sales volumes, automakers tend to take those markets quite seriously.

Toyota, Honda and Suzuki have quite a few products offered in regional markets that rival one another in terms of price or segment. And the latest addition to that list is the Suzuki XL7, the seven-seat MPV that is set to compete against the likes of Honda BR-V and Toyota Rush.

Having made its debut in Indonesia, the Suzuki XL7 will momentarily reach other markets. Bear in mind the same vehicle with six-seat configuration called as the XL6 was introduced in India last year. The XL7 measures 4,450 mm in length, 1,775 mm in width, 1,710 mm in height while having a wheelbase of 2,740 mm.

While marginally shorter in length than the BR-V, the XL7 stands taller and wider than its Honda rival and boasts a longer wheelbase as well. The ground clearance is 200 mm which is ample for a seven-seat family mover. Boot space is rated at 153 liters with the third row intact, but expands up to 550 liters when folded. Maximum luggage capacity is 803 liters, which is achieved when folding both the second and third row seats down. 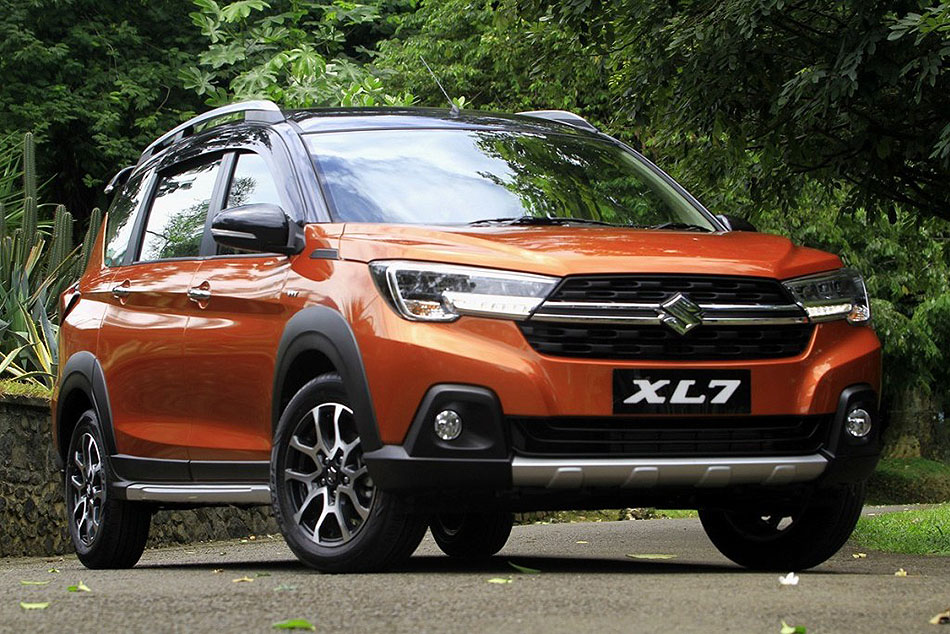 In terms of appearance, there is no question that the Suzuki XL7 looks a lot better than the Honda BR-V and perhaps Toyota Rush too. It sports an SUV-inspired rugged look, with full plastic claddings & skid plates, roof rails, and 16-inch dual-tone wheels. The front fascia features LED headlamps with LED DRLs, dual-bar radiator grille, as well as LED combination tail lamps. There are 6exterior colors to choose from, while the flagship variant is available in dual-tone scheme as well. 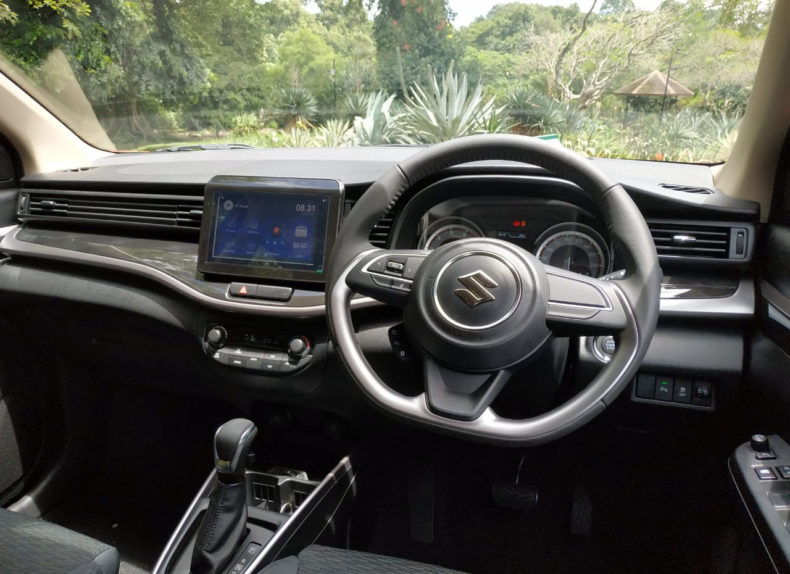 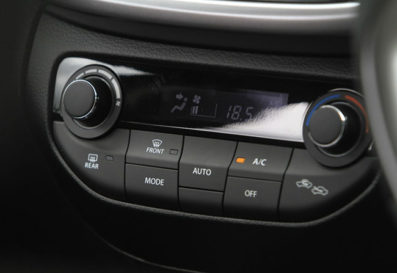 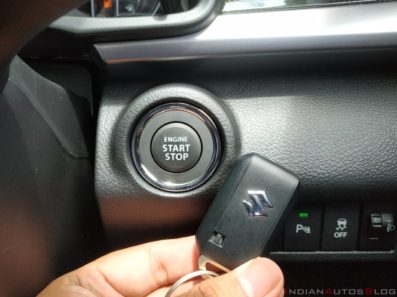 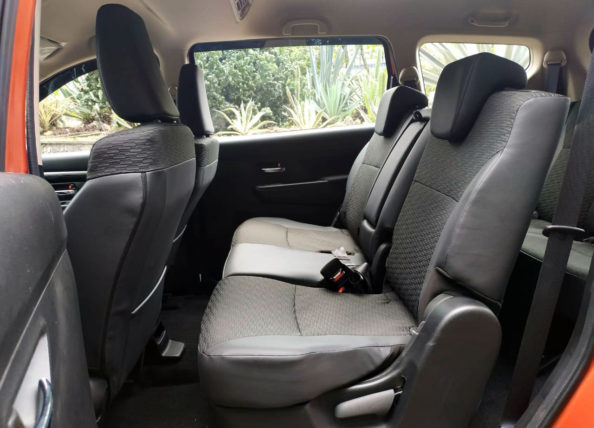 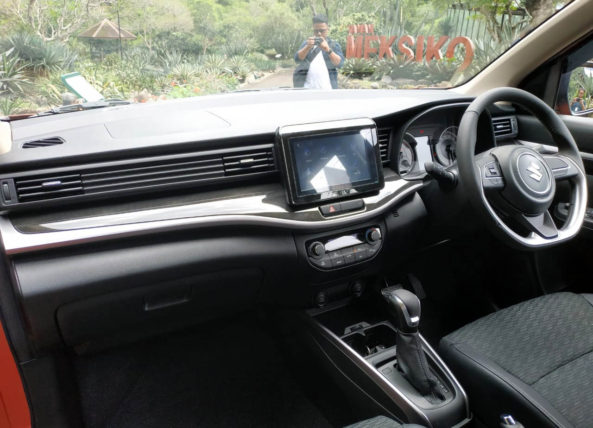 The cabin has a black theme and is spacious, decent looking and have good quality materials used– certainly not like those found in local assembled Suzukis. There is an 8-inch touchscreen infotainment system along with 3-spoke multifunction steering wheel and digital multi information display for the driver. 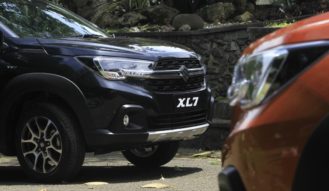 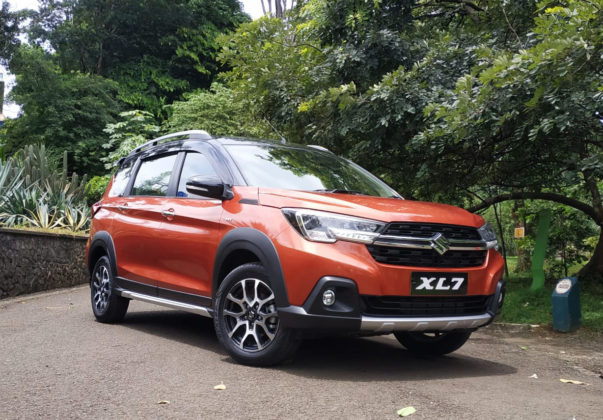 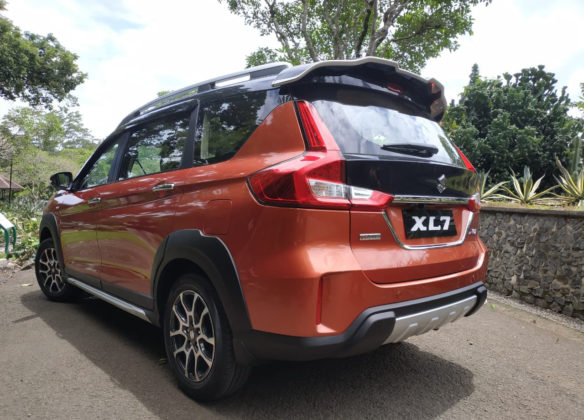 Under the hood, the Suzuki XL7 MPV is powered by K15B 1.5-liter petrol engine that produces 104 hp and 138 Nm of torque and comes paired to either a 5-speed manual or 4-speed automatic gearbox. 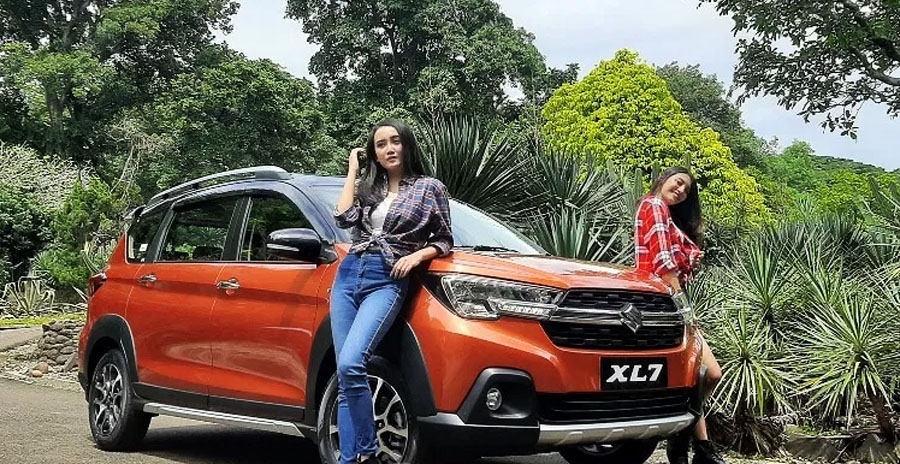 Despite fruitless sales, Pak Suzuki has been dragging the APV since 14 years but has never considered launching the newer Ertiga 7-seater in our market. Compared to Ertiga, the new Suzuki XL7 does have a strong potential to create problems for the Honda BR-V, but it only depends on whether Pak Suzuki is really interested to give Honda a tougher time in this segment. 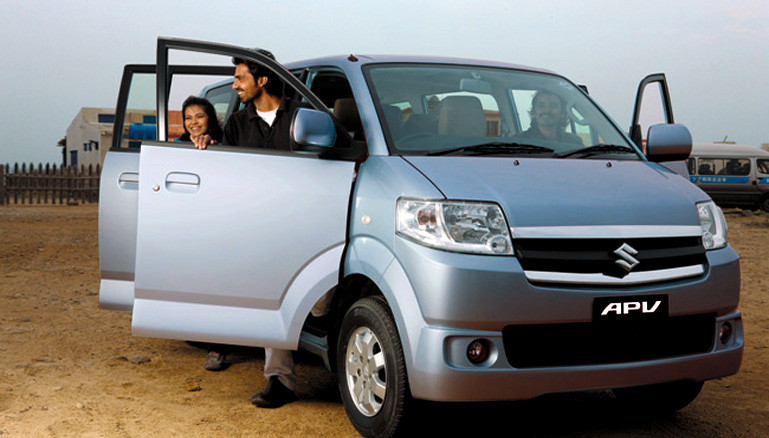 Pak Suzuki currently sells the APV (which comes as a CBU import) for PKR 34.6 lac and is even more expensive than the BR-V, which is priced between PKR 30 lac to PKR 33 lac, whereas the price of XL7 when converted into our currency starts from PKR 25.0 lac. A local assembled XL7 priced around or below the BR-V can become an attractive option for those looking to buy a decent looking & practical 7-seater, however we will have to wait to see whether the XL7 is slated to be launched in Pakistan or not. Though looking at Pak Suzuki’s track record, perhaps it’s our wishful thinking.

Do you think the likes of Suzuki XL7 should be introduced in Pakistan?
1
Do you think PakSuzuki should consider introducing the XL7 in Pakistan as a replacement of APV?x
Let us know with your comments.