The Tale of Subaru R2

The influx of used JDM cars during the Musharraf era brought a huge number of Japanese cars in all shapes & sizes to our market. These cars not only provided a much needed variety, but also exposed a stark difference in build quality, equipment and safety features of cars available elsewhere versus those assembled locally.

Among those many cars that landed on our soil among used Japanese imports was the Subaru R2. This 660cc kei car was easily recognizable due to its rather unusual rear-end design, though it was not available in huge numbers like Toyota Vitz or Daihatsu Mira. 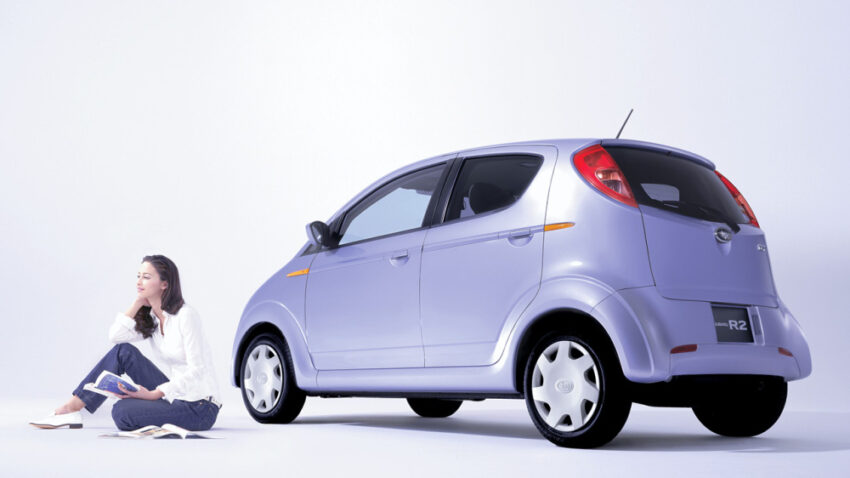 Its name was inspired by the Subaru R-2 kei car produced between 1969 and 1972. Subaru had made its debut in the automotive industry with the 360 model, a popular model in Japanese car history. But stay competitive in the market, Subaru developed a facelift version of the 360 ​​based on a fair share of the original model and renamed it R-2.

The interior was simple like any car of that era and was available in both beige and black color coding. Since the Subaru R-2 had only 2 doors, access to the rear seats was gained by reclining front seats. The cabin could best accommodate 4 passengers. In 1970 the facelift model arrived with new variants featuring revised exterior & interior styling and some upgrades in equipment.

Related: Suzuki FX- Car That Made So Many People Proud

Fast forward 2003, the new R2 could also seat 4 passengers due to its less space-efficient design. It measured 3,395 mm long, 1,475 mm wide and 1,520 mm tall. And besides looks, the compromising interior space was among the key reasons why the Subaru R2 wasn’t able to last for long. It was produced between 2003 and 2010 as a successor of Subaru Pleo however after its production was ended, the R2 was again succeeded by Pleo which emerged as a re-badged Daihatsu Mira. This happened due to Toyota’s heavy investment in Subaru.

Some Subaru R2 examples in Pakistan