Toyota Bringing the New Fortuner to Up Its Game

According to information shared by Toyota dealerships, Indus Motor Company (IMC) is on the verge of introducing the new Fortuner facelift in Pakistan -the latest iteration that made its debut in Thailand last year. It features visual, equipment and performance enhancements over the existing model plus new & improved more powerful engine under its hood.

The company has already opened bookings for the 2021 Fortuner facelift which can be made against partial payment of Rs 3,000,000. Although IMC hasn’t disclosed the prices yet but with the arrival of new model, it is expected to be increased by upto 5% whereas Fortuner’s V grade is expected to become more expensive by 15% due to upgradation from 4×2 to 4×4 drivetrain. Based on this information, the new Fortuner will be available in three variants – Fortuner G 4×2, V 4×4 and flagship Sigma4 4×4. The Fortuner V 4×2 variant will reportedly be dropped off. We have received some leaked pictures from a recent photoshoot of the vehicle, see below: 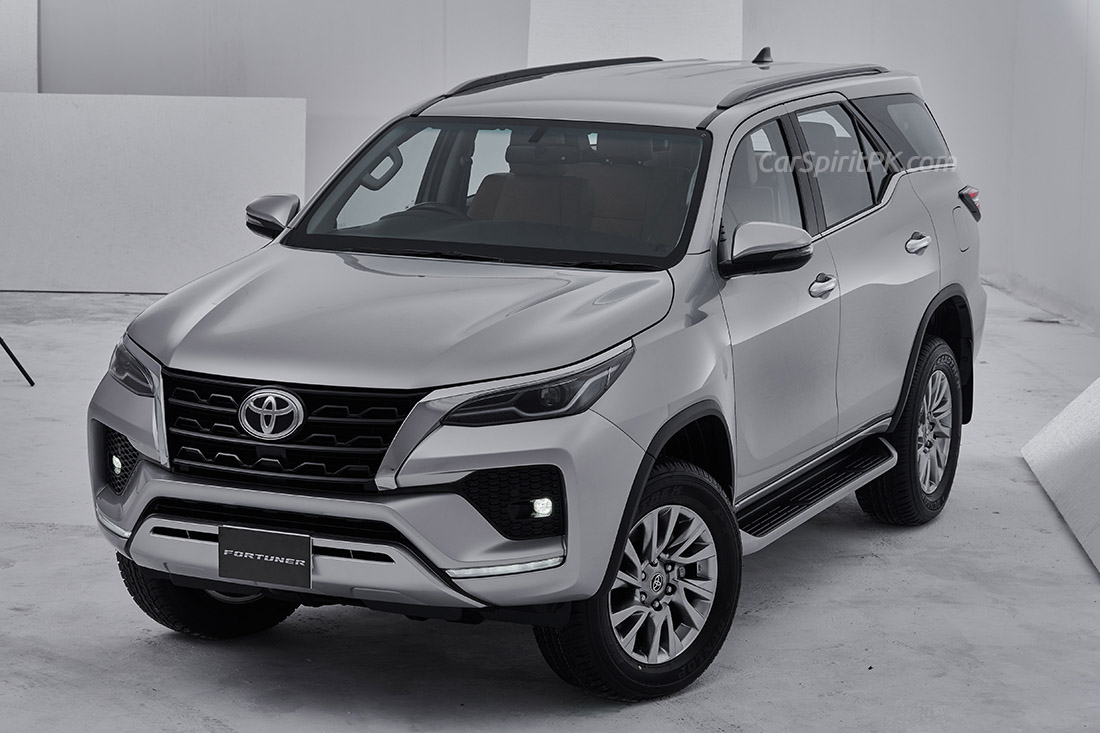 In addition, upgraded spec information has also been shared to dealers which we have managed to get a hold of: 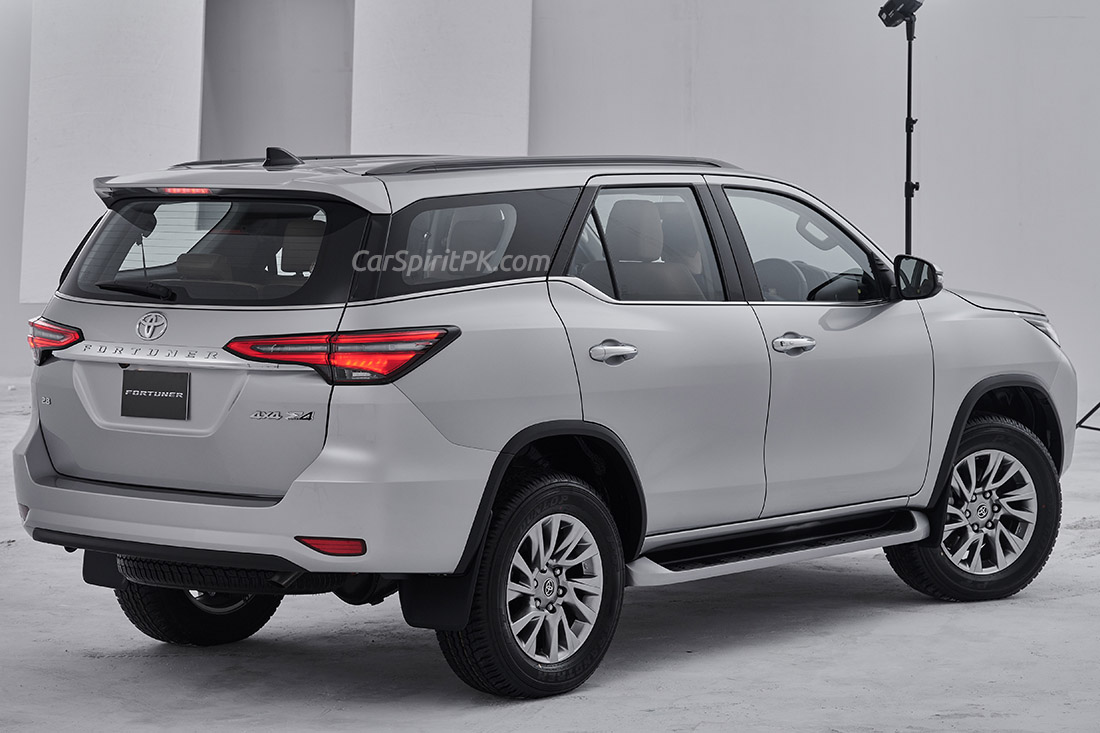 Apart from the exterior design changes, notable spec improvements in the flagship model include the power and torque improvements, addition of Variable Flow Control in the steering which improves steering feel based on vehicle speed and Balance Shaft addition in the engine which reportedly massively improves the NVH of diesel variant. To further augment the traction control system, Limited Slip Differential functionality has also been included which allows the car to maximize traction capability in 4×2 drive mode by controlling engine power output to mitigate slipping on the wheels when accelerating off-road or on slippery surfaces.

Some interior improvements as per leaked images

The specs added to the V Grade basically makes it equivalent to the Flagship diesel variant – in effect, customers looking to purchase a top-of-the-line Fortuner will now have a choice between Diesel and Petrol. The G grade spec improvements show the adoption of LED lighting. 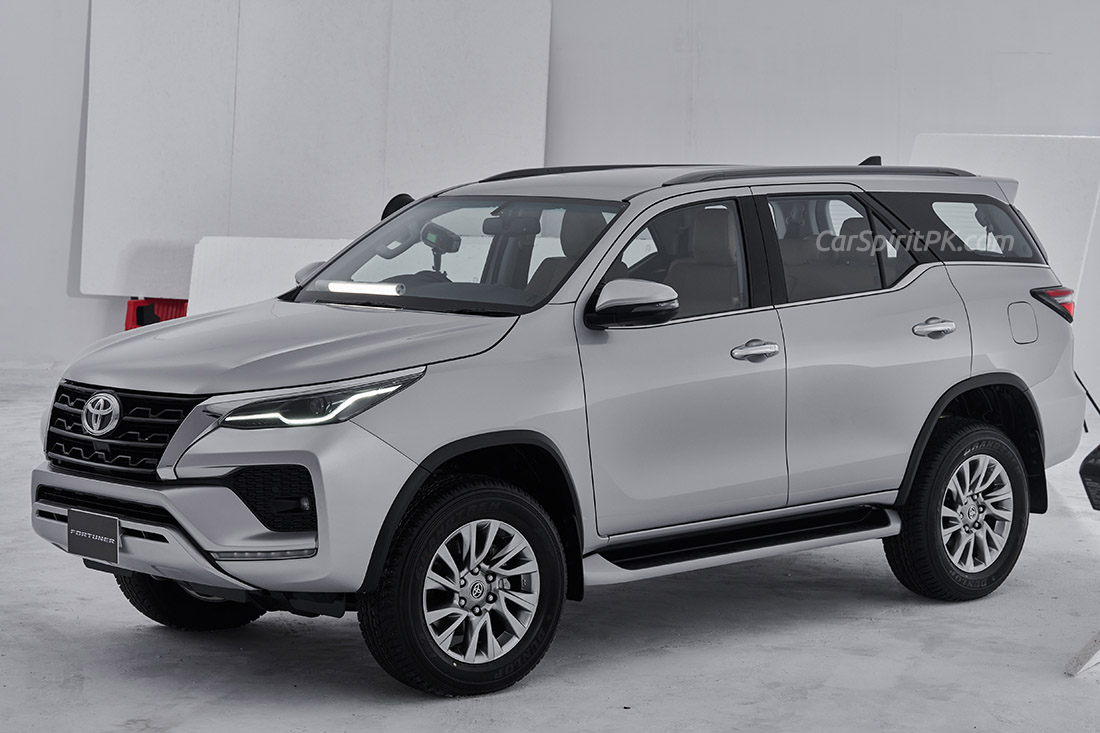 The Fortuner enjoys a dominating position in its segment with sales increased by a staggering 137% as of the first 7 months of this fiscal year with 1,666 units compared to 702 units from the corresponding period of previous fiscal year. 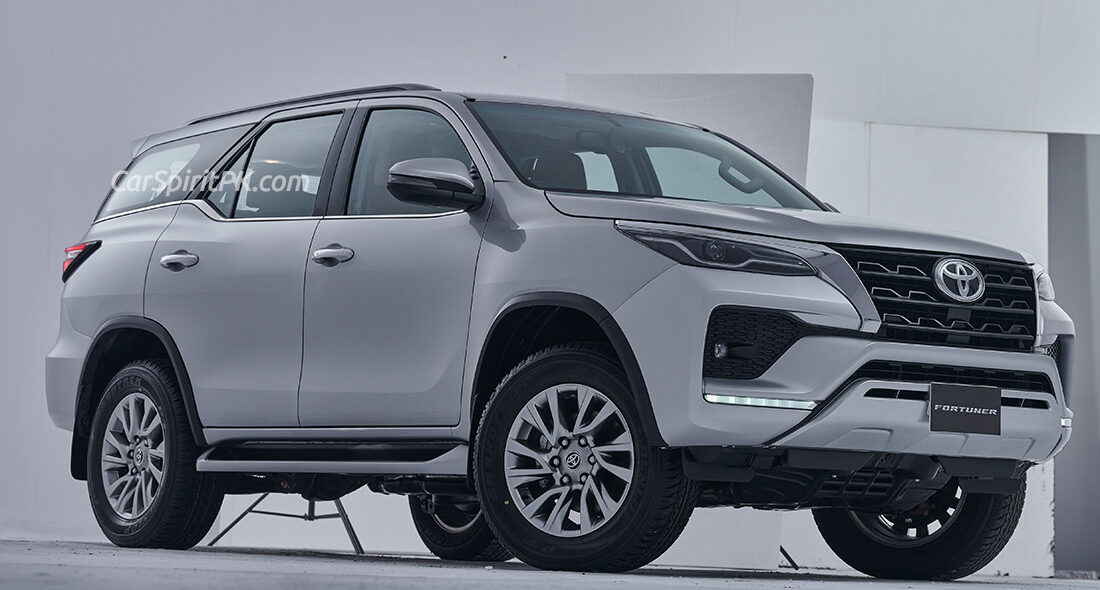 Toyota Fortuner has been built from ground-up to handle both driving on & off the road– built on a body-on-frame platform with proper 4×4 functionality, the Fortuner comes loaded with a host of smart features that augment the driving experience, and provide the driver unprecedented control over the vehicle’s configuration.

Stay tuned to CarSpiritPK for more information on the 2021 Toyota Fortuner facelift in Pakistan.