With over 46 million units delivered since 1966, Toyota Corolla is one of the bestselling automotive nameplates in the world. The Japanese automaker has just unveiled the latest generation of the triumphant model simultaneously at Guangzhou Auto Show in China, as well as Carmel, California in USA.

Related: The All New Toyota Corolla Sedan Has Made Its Global Debut

The 12th generation Corolla is based on Toyota’s newest TNGA modular platform and as the company calls it, is the best Corolla ever built. Prior to unveiling the sedan, the hatchback and estate versions of newest generation of Corolla were already unveiled earlier this year. 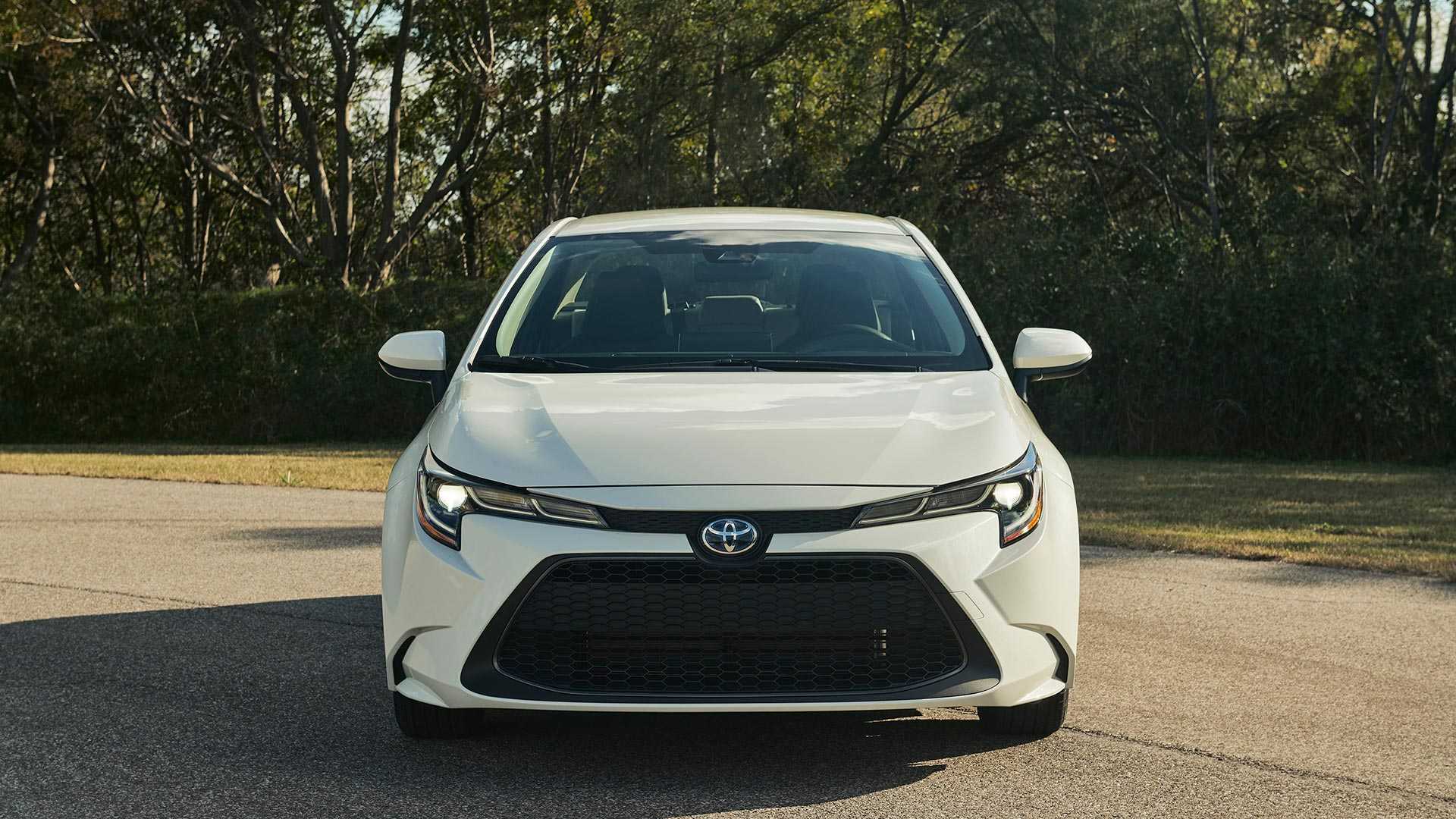 According to the Japanese automaker, the 12th gen Corolla will be rolled out in more than 150 countries and regions over the next few years. Sales in the United States will start in spring 2019 while sales in China will begin towards mid 2019. In the automaker’s domestic market, the model will hit the market within 2019 with an optimized version called as Axio. In case you don’t know, the Axio is a tad shorter and narrower than the standard Corolla sedan in order to comply with Japanese vehicle size regulations.

Over all these years, almost every Corolla model have seen some tremendous success in almost every part of the world. Let us have a brief look at previous 11 generations of Corolla, the world’s most successful automobile. The Corolla’s chassis designation code is “E”, as described in Toyota’s chassis and engine codes. 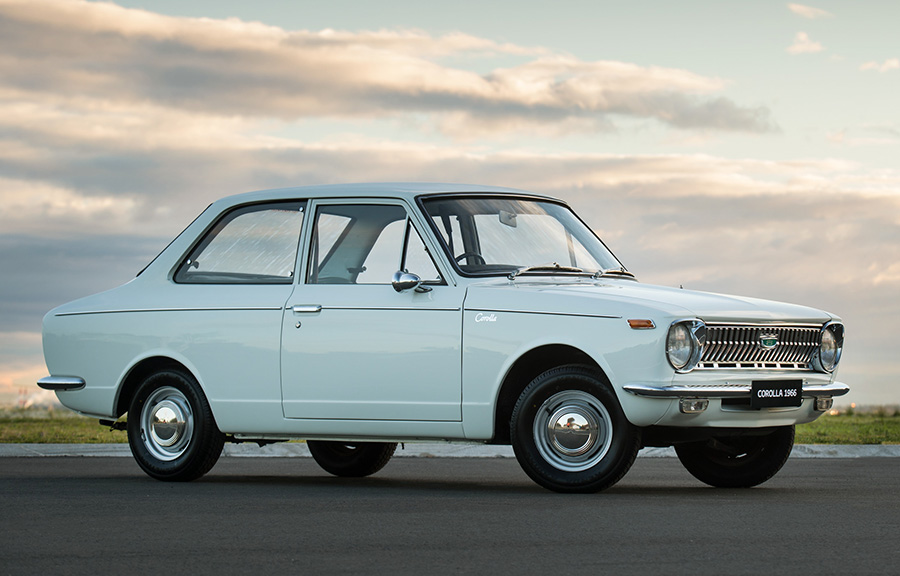 The Corolla E10 was the first generation of Corolla that was launched in Japan in November 1966. It was slotted below the Toyota Corona sedan, the hot selling car of that era.

The E10 Corolla was available in two 4-cylinder engine options, a 1.1 liter and a 1.2 liter unit both mated to either a 4-speed manual or 2-speed automatic. 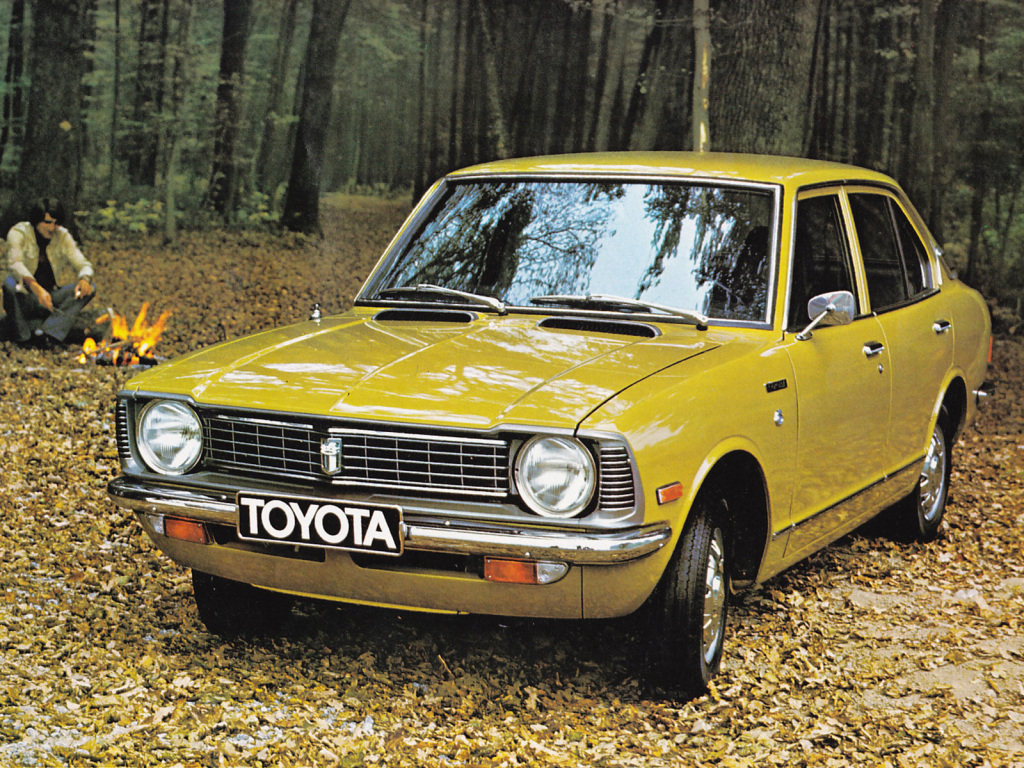 The E20 Corolla was introduced in May 1970 and took the popularity of Corolla to a new level. It had a classic “coke bottle styling” that was a popular design trend of that era. With launch of E20, the Corolla became the second-best selling car in the world that year.

Related: Do You Really Need to Warm Up the Engine Before Setting Off?

Although the third generation Corolla was introduced in 1974, few models of the E20 continued to be sold till 1978. 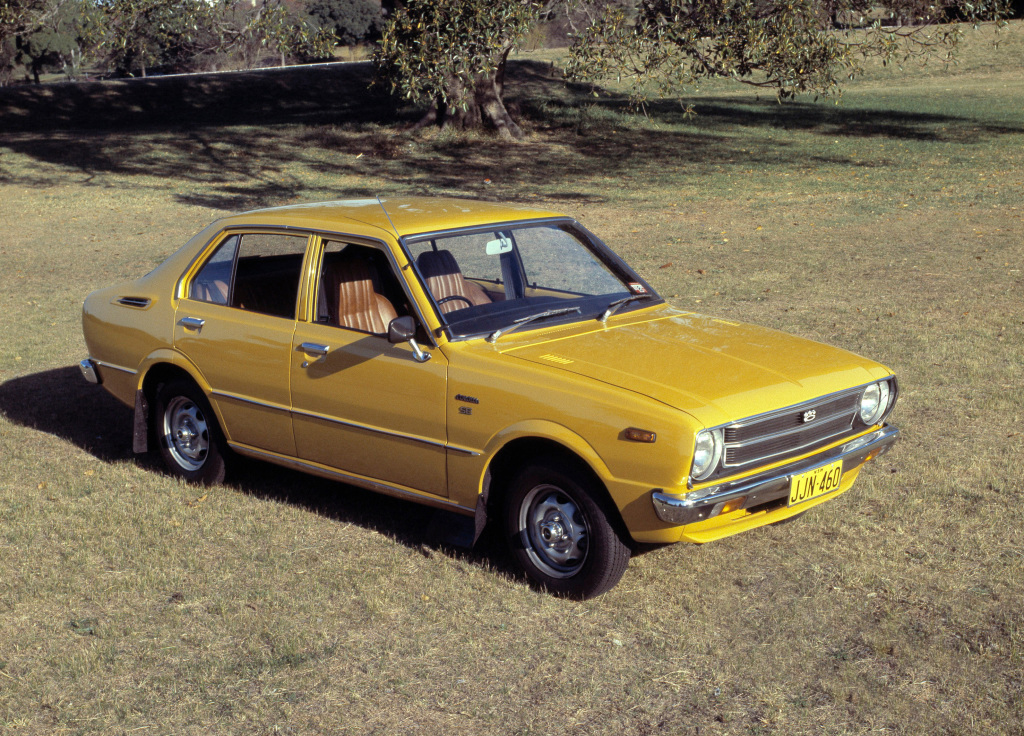 The third generation of Corolla was built from August 1974 to July 1981. By that time wind tunnel equipment was introduced, making it possible to tweak the design based on drag coefficient figures. Results from these wind tunnel studies were incorporated into the exterior design for the first time in the history of Corolla.

It is also often recalled as the longest-lived generation, and was available in a vast array of body & chassis configurations, more engine & transmission options as well as a couple of sister products such as the Daihatsu Charmant and Toyota Sprinter.

As the generations progressed, the Corolla kept growing in size, hence the third gen was bigger than the previous two. By now the Corolla measured 3,995 mm in length, 1,570 mm in width and 1,375 mm in height with a wheelbase of 2,370 mm.

Related: Car Dashboard Warning Lights You Should Know About