The newest iteration of Corolla family has just made its debut in Thailand. Toyota has officially unveiled the Corolla Cross that is based on the same TNGA platform on which the other Corolla variants rides on.

According to Toyota, the Corolla Cross is developed under the concept of ‘Compact yet Comfortable’ is an addition to the SUV segment which has become a new global craze. Global SUV sales are already on a rapid rise and are expected to overtake the sedan sales (the most popular body type) in near future. The Corolla Cross claims to offer QDR (Quality, Durability, and Reliability) and has been developed to express a strong sense of sportiness, agility and robustness on the exterior, while the interior stands for comfort, spaciousness, adjustable luggage capacity for enhanced practicality and a quiet cabin. 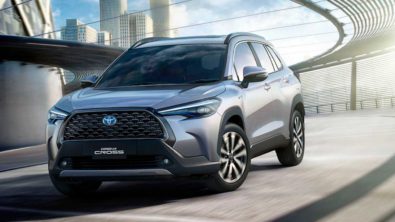 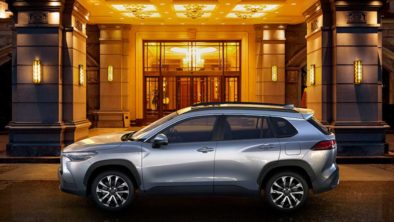 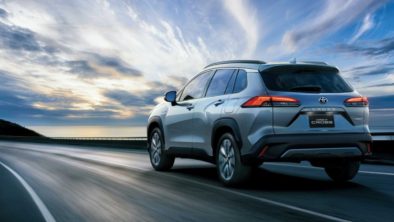 In terms of positioning, the Corolla Cross is slotted in between the C-HR and the top-selling RAV4. It measures 4,460mm long, 1,825mm wide and 1,620mm high. The C-HR and Corolla Cross share the same 2,640mm wheelbase length.

Styling-wise, the Corolla Cross carries a more subdued design when compared to the C-HR, with a large mesh grille up front, slimmer front & rear headlamps and off course black claddings wrapped around its undersides to establish a rugged SUV appearance. The interior is familiar to what the 12th gen Corolla sedan & hatchback gets, however the brown/ black color scheme is new that is enhanced by silver embellishments and blue mood lighting. A black/grey scheme is also available for lower-spec variants. 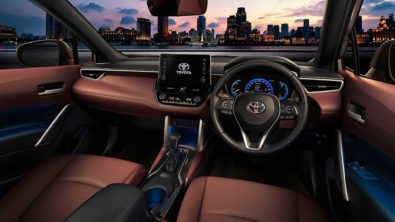 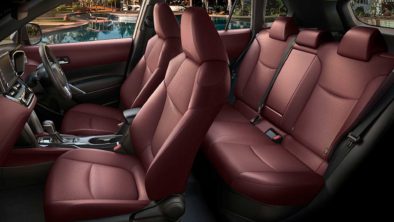 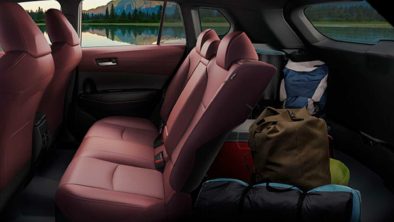 As for the powertrain, the Corolla Cross in Thailand comes with a choice of two engine. First is the 1.8-liter 2ZR-FBE gasoline engine with 140 hp of power and 175 Nm of torque, with power sent to the front wheels via a CVT gearbox.  Then there is a hybrid powertrain option with a 600-volt electric motor supplementing the setup with 72 hp and 163 Nm. The electric motor works in conjunction with a 1.8-liter 2ZR-FXE engine that punches out 98 hp and 142 Nm. The Corolla Cross hybrid comes with an e-CVT gearbox. 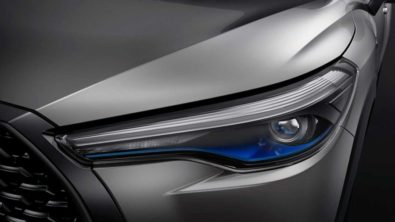 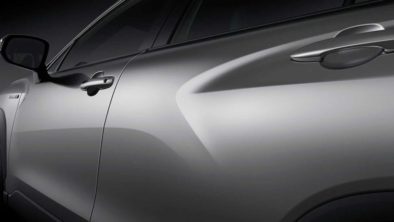 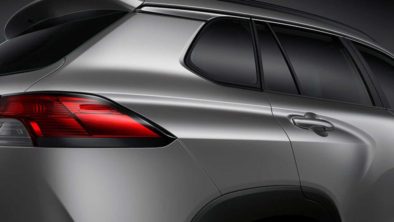 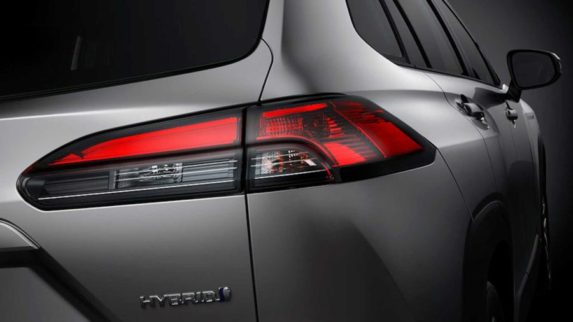