The pickup truck segment in Pakistan was long dominated by Toyota Hilux however in late 2018, Ghandhara introduced the Isuzu D-MAX range of pickup trucks to compete against the Hilux variants in our market.

In FY2018-19 Ghandhara was able to sell 400 units of Isuzu D-MAX whereas in comparison Indus Motor Company (IMC) sold 6,070 units of Toyota Hilux, so the D-MAX was able to grab 6.2% share of the pickup truck market which used to be solely Toyota’s playfield.

In year 2020 when sales of locally assembled passenger cars started to nosedive, primarily due to the pandemic & lockdowns, if there was one segment that flourished even in these tougher times was of course the pickup truck segment, the sales of which almost got doubled compared to preceding year. 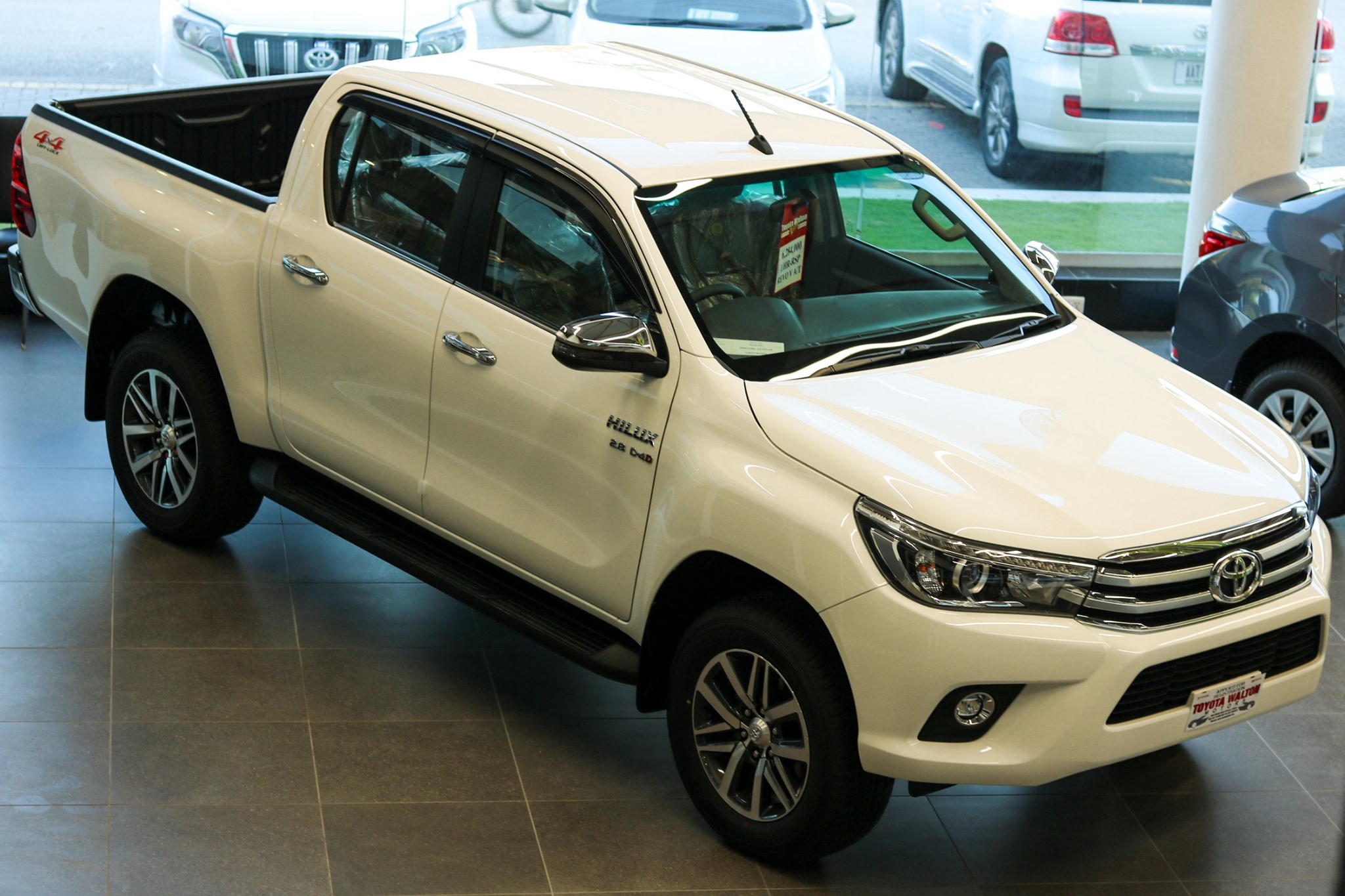 Now as of the first 8 months of FY2020-21, the combined number of Hilux and D-MAX sales rose to 4,678 units compared to 3,243 units in the corresponding period of FY2019-20 witnessing a phenomenal 44.2% increase. However interestingly the sales of Toyota Hilux surged tremendously whereas the Isuzu D-MAX has been struggling to make an impact. 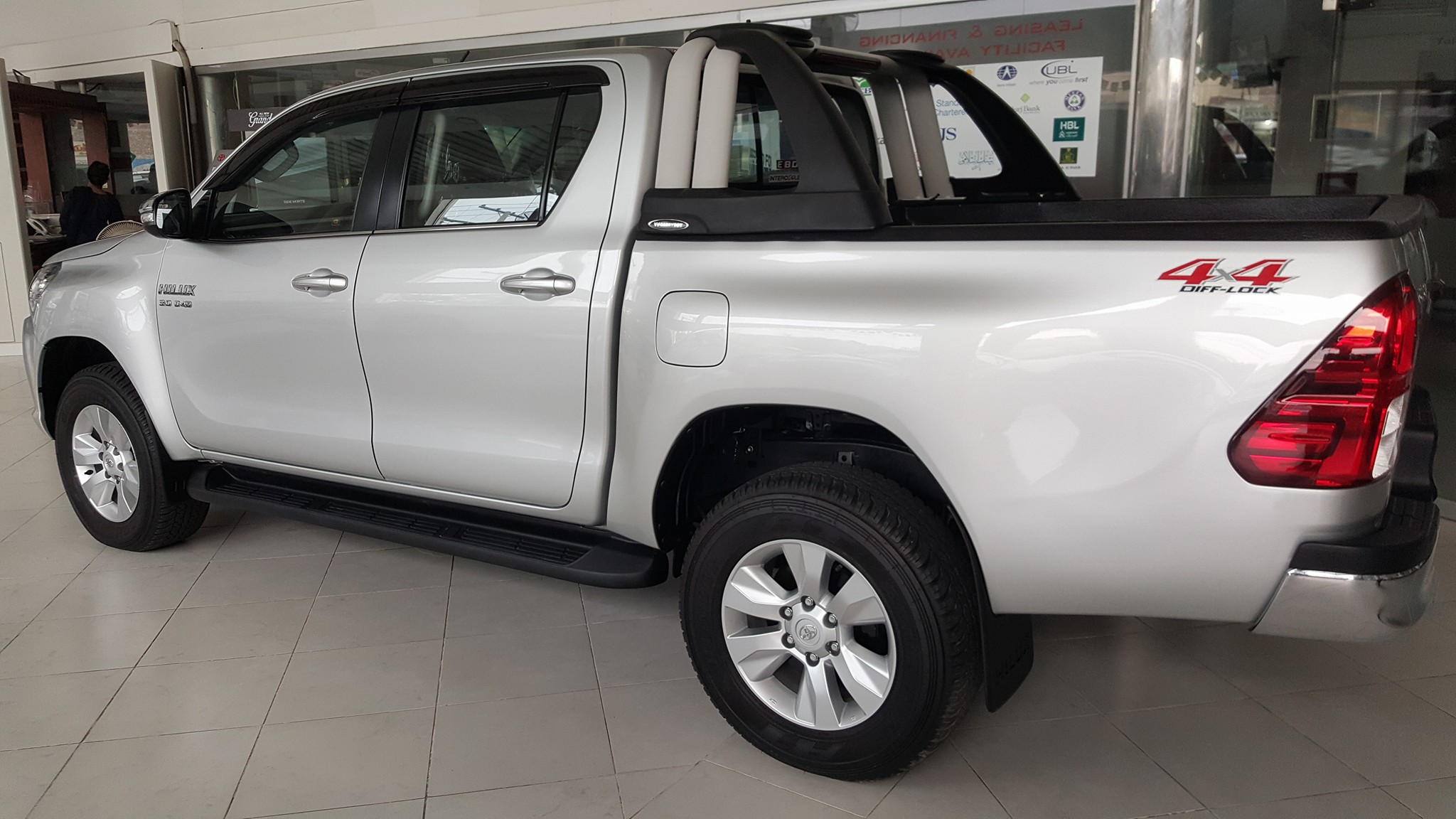 As per sales, this renders the market share of Isuzu D-MAX reduced to its lowest ever 3.9% with Toyota Hilux holding a thumping 96.1% share of the segment sales. The D-MAX broke its own record of selling the lowest number of units in November 2020 with just 3 examples leaving the showroom floors. Then again in February 2021, only 5 units of D-MAX were sold which is the second worst figures in a month for the Isuzu pickup truck in Pakistan. 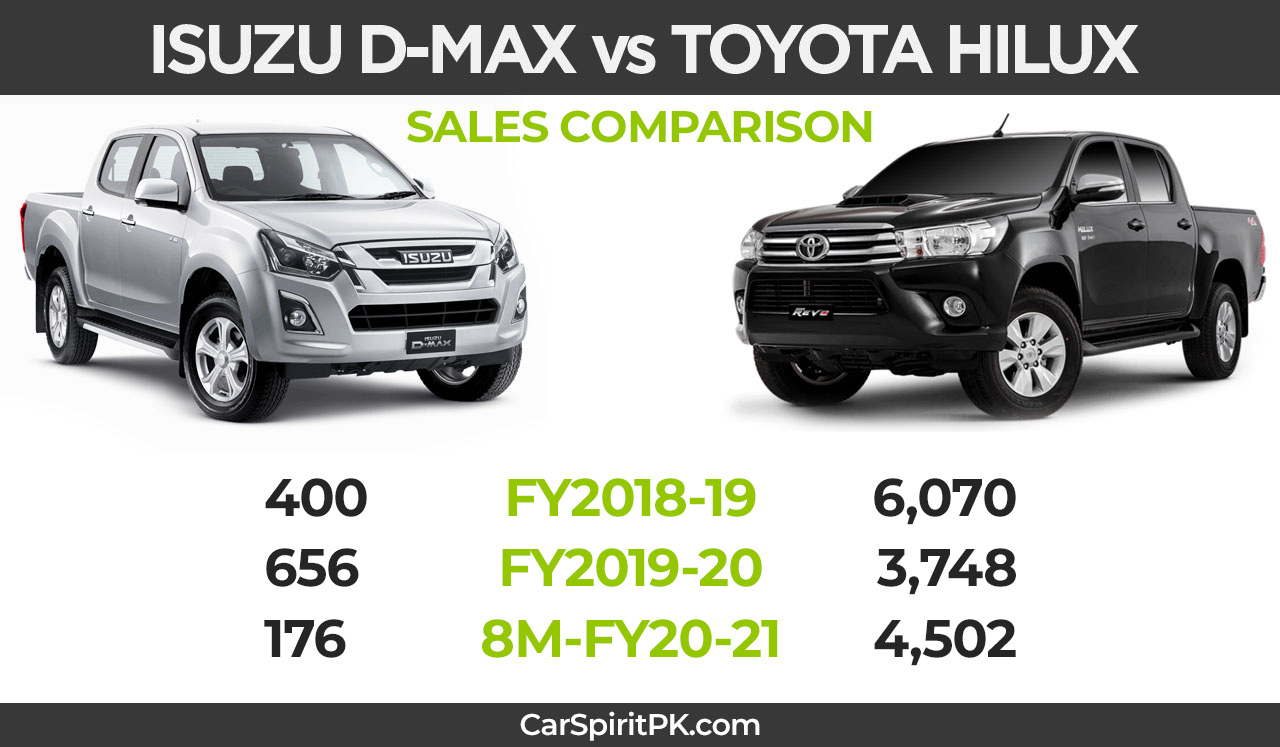 The primary reason of this awful decline in sales for Isuzu D-MAX is the fact that its prices were revised by a much higher margin compared to Toyota Hilux. Initially it was up to Rs 700,000 cheaper than Hilux, however today the difference is a mere 60,000 rupees.

IMC is reportedly on the verge to introduce the Toyota Hilux facelift in Pakistan with thorough exterior revisions, equipment upgrades & performance enhancements making it in line with the international Hilux variants. The introduction of new Hilux facelift is expected to create even more problems for the troubled Isuzu D-MAX in Pakistan.