Toyota is establishing a new venture to develop electric vehicle technology with partner Mazda, seeking to catch up with rivals in an increasingly frenetic race to produce more battery-powered cars.

Policymakers in key markets like China are aggressively pushing a shift to electric cars over the next two to three decades, pressuring traditional automakers to crank up their electric vehicle (EV) plans just as declining battery costs enable more power to be packed into cars.

Toyota said in a statement the new company will develop technology for a range of electric cars, including mini vehicles, passenger cars, SUVs and light trucks. 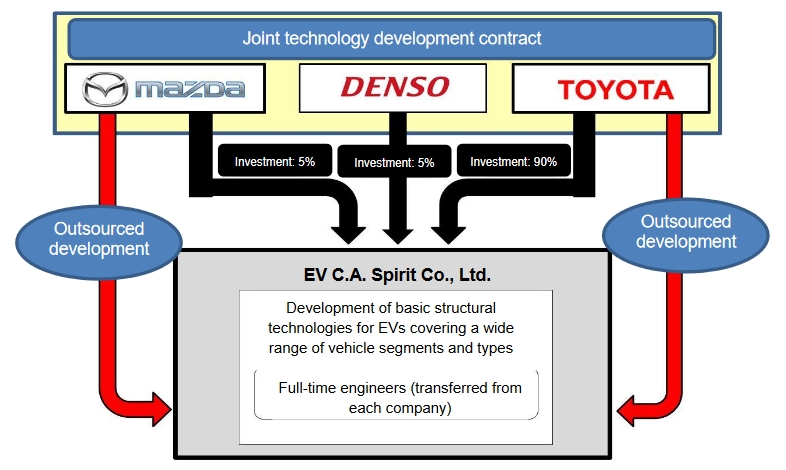 Toyota will take a 90 percent stake in the joint venture, called EV Common Architecture Spirit, while Mazda and Denso, Toyota’s biggest supplier, will each take a 5 percent stake.

The development on this front will combine the strengths of each company and incorporate Mazda’s bundled product planning and prowess in computer modeling-based development, Denso’s electronics technologies and Toyota’s New Global Architecture (TNGA) platform.

The companies said that they will also be looking at creating a business structure that is open to participation by other automakers and suppliers.