Toyota has once again topped the Interbrand’s Best Global Brands for 2021, which lists the most valuable brands in the world. This is the third consecutive year for the Japanese automaker to top the list. 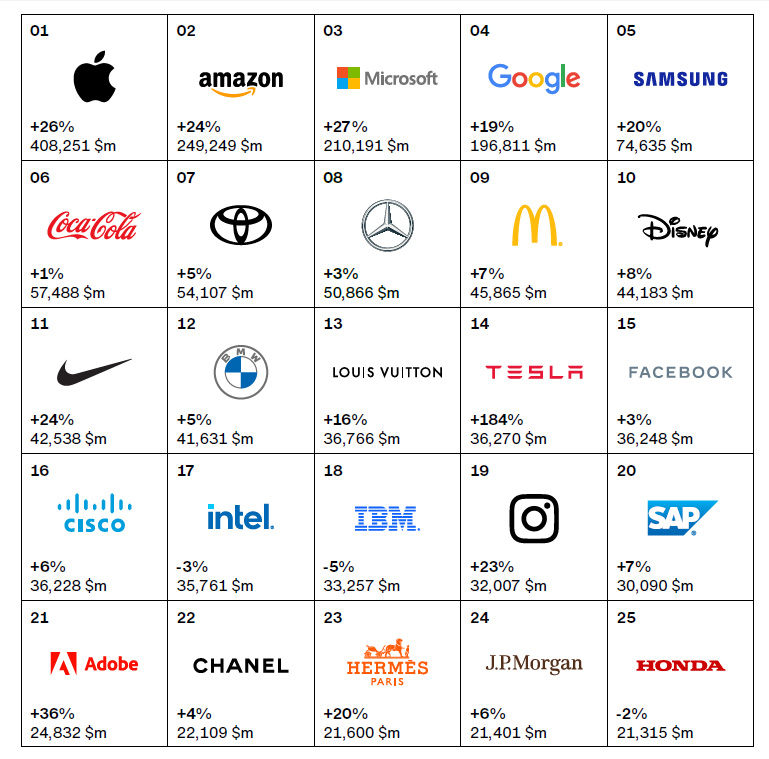 Among other automakers, Tesla was at 4th, Honda at 5th, Hyundai at 6th, Audi at 7th, Volkswagen at 8th, Ford in 9th and Porsche at the 10th position. Most interesting one among the Top 10 automotive brands is Tesla, which jumps from sixth to the fourth spot with an increase of 184% in value after having only re-entered the list a year before.

The Interbrand’s rankings are based on three key components that contribute to a brand’s cumulative value: the financial performance of the branded products and services; the role the brand plays in influencing customer choice; and the strength the brand has to command a premium price or secure earnings for the company.

Brands included in this list must meet several conditions, including having a significant presence in Asia, Europe, and North America, as well as geographic coverage in emerging markets. Additionally, at least 30% of revenue must come from outside of the brand’s home region, and there must be sufficient publicly available data on the brand’s financial performance. The economic profit must also be expected to be positive over the longer term, delivering a return above the brand’s cost of capital. Lastly, the brand must have a public profile and awareness across the major economies of the world.