JDM cars enjoys a decent reputation among auto consumers of Pakistan particularly since the 1980s. However, during the Musharraf era when the used-imports were resumed, we witnessed a flurry of quality JDMs reaching our soil which not only became highly successful in the market but also created problems for the local assembled ones on sale in our country. JDM stands for Japanese Domestic Market, and obviously refers to the cars which were originally intended to be sold in Japan but were later imported into our country under different schemes.

Despite the fact that JDMs came without warranty and a question mark over after sales support, a vast majority of people preferred these over local assembled cars for a number of reasons such as rich features & safety equipment, much better built quality, lower price, quicker deliveries, variety of options and overall better value for money. Cars such as Toyota Vitz, Premio, Probox, Prius, Passo, Nissan Dayz, Suzuki Every and Daihatsu Mira etc are just some of the names which in their respective times have added a much needed flavor to the rather tasteless auto market of ours. 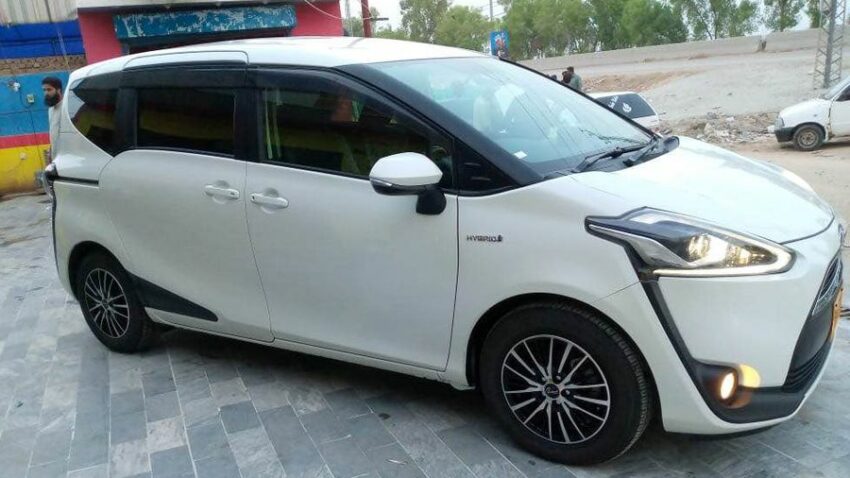 However in recent times you might have noticed another new addition to the JDMs in Pakistan, and its none other than Toyota Sienta, the 7-seat mini MPV which is increasingly becoming a common sight on our roads. Although Sienta is there since 2003 but the boxy first generation model never saw the popularity in our market perhaps due to its uninspiring appearance. However the second generation model which debuted in 2015 is the one that’s becoming a hit here. 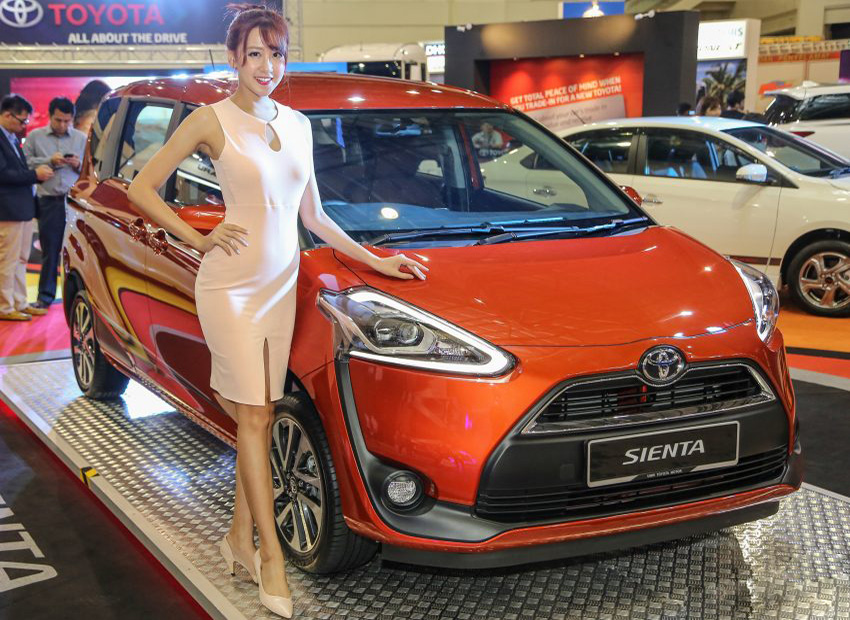 The name “Sienta” is derived from the Spanish word “siete”, which means “seven” thus perfectly defining its maximum seating capacity. Not many know that the car is based on Vitz platform but instead of a 1.0L engine, the Sienta gets a range of 1.5L engines under its hood to easily haul 7 people around. In Japan it also comes in hybrid as well as 4WD configurations, however in other markets such as Indonesia, Malaysia, Taiwan and Thailand the Sienta comes available in naturally aspirated 1.5L and 1.8L engines with either a 6-speed manual or CVT gearbox options. The hybrid JDM variant gets an E-CVT system. According to official fuel economy ratings, the Sienta hybrid returns 27.2 km/l under the Japanese JC08 cycle test, while the non-hybrid variants returns 20.6 km/l in FWD configuration.

In 2018 Toyota Sienta received a facelift in Japanese Domestic Market followed by the Southeast Asian markets in 2019. The facelift features mild cosmetic enhancements over the preceding model. The cabin gets 2+3+2 seating configuration in 7-seat versions, however the Sienta also comes in 6-seater and 5-seater layout (for wheelchair users). The ingress and egress has been made easier thanks to a rear sliding door. Whereas a low loading sill on the rear door hatch makes it convenient to load luggage items in the back. Furthermore, the seats can be folded down to enhance the loading capacity as desired.

In Karachi, the Sienta is available for around PKR 29.0 lac to PKR 37.0 lac depending on the model year, auction grade and trim level. Prices in other cities may vary. People may find Toyota Sienta a worthy alternative to Honda BR-V but the latter has an advantage of better ground clearance and cheaper maintenance compared to the JDM Sienta. However for those who can spend this much money, the better equipped & more fuel efficient Sienta is indeed a preferred choice particularly for carrying 7 people around.

Do keep in mind Toyota’s answer to Honda BR-V in above mentioned markets happens to be the Avanza MPV, however the Sienta is priced higher than both BR-V and Avanza due to its rich features & equipment, improved & fuel efficient engine & better driving dynamics.

These sort of vehicles if made available locally, will become more affordable for the masses and holds a fair chance of becoming even more successful. However just like the immensely popular Vitz, we might never see a locally assembled Sienta as it will hurt the market of other Japanese options that are being assembled in our country. Want to share your experience or opinion about the Toyota Sienta, use the comment section below.