Almost two months after the local automakers began observing plant shutdowns amid lockdowns enforced to prevent the spread of deadly coronavirus, Toyota has now announced to resume its assembly operations according to the letter sent to Pakistan Stock Exchange (PSX).

Related: Assemblers Imported $62 Million Worth of CKDs/SKDs in April

According to information, Government of Sindh has allowed the company to reopen its plant under strict SOPs. The automaker will resume the manufacturing of its vehicles after Eid holidays. 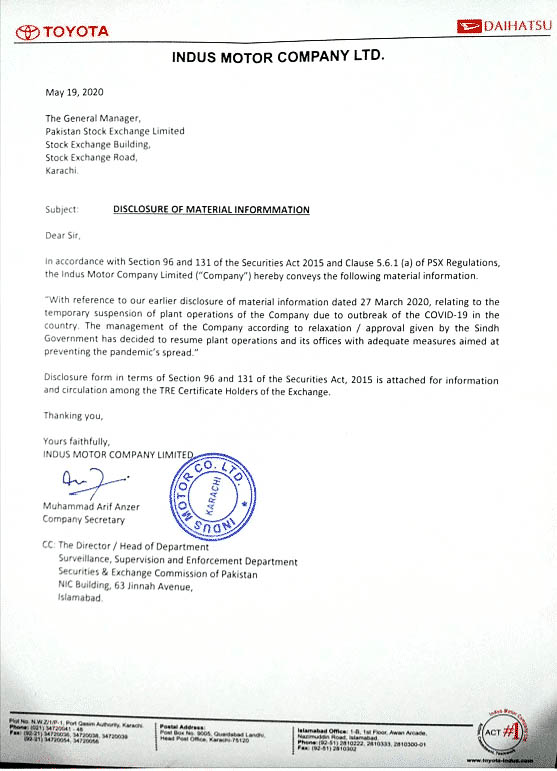 In addition Atlas Honda has also announced to resume its operations whereas most vendors as well as dealers have already resumed their work under strict precautionary measures. Other automakers too, are likely to resume their operations after Eid holidays. Sales of local assembled vehicles in April were zero for the first time in history due to COVID-19 lockdowns & stats for the month of May are going to be no different. However it will take some time for companies to regain the sales momentum as they impact of the pandemic was harder than anyone could have imagined.