Toyota will be launching the new Yaris Ativ sedan in Thailand on 15th August 2017. An official teaser video of the Yaris Ativ has been released, but Headlightmag has gone one step further with leaked brochure images of the new model, showing the car in full.

The Yaris Ativ will be one of the biggest launches in Thailand this year, being a new Toyota and also an affordable Eco Car. It’s based on the current Vios but with a new name, refreshed design, and a downsized 1.2 liter engine to comply with Thailand’s Eco Car regulations, which has a 1.2 liter engine capacity limit. 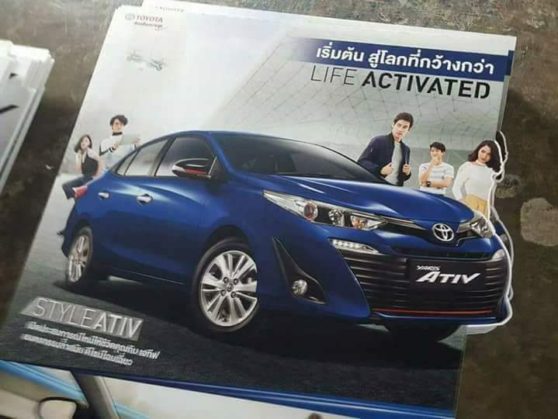 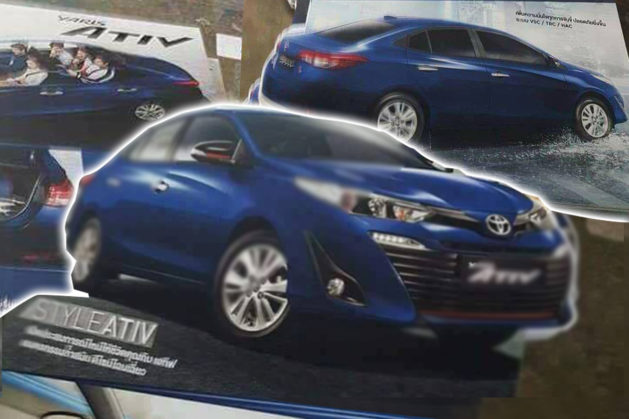 The Toyota Yaris ATIV will slot below the Toyota Vios sedan, and it will get the Eco Car status making it eligible for subsidies. Besides 7 airbags, a first for an Eco Car, safety features are to include ABS, EBD, BA, VSC and HAC.

The Yaris Ativ will be Toyota’s first sedan Eco Car and will be an alternative to the Honda Brio Amaze, Mitsubishi Attrage and Suzuki Ciaz.