This generation of Corolla was introduced globally in 2013 while in Pakistan the 11th gen Corolla Altis 1.8 was launched in June 2014, followed by 1.3 liter XLi/ GLi variants in August the same year. Toyota Corolla facelift has already reached international markets and is now making its way to Pakistan.

As with most facelifts, the changes made to the 2017 Toyota Corolla are also mainly cosmetic. Let us have a look at the differences between the current 11th generation Corolla available in the market versus the upcoming facelift that is expected to be launched by August 2017. 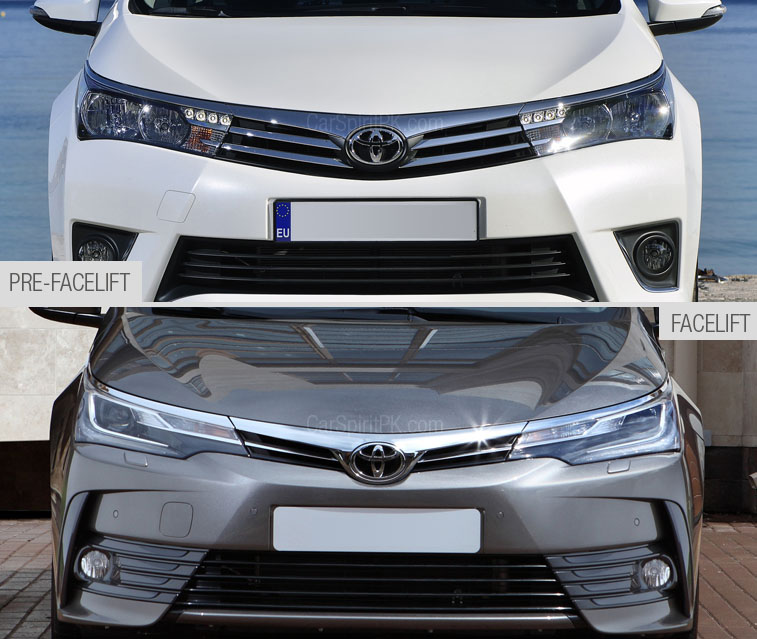 The most prominent detail is the bold refreshed front visage which is said to amplify the Corolla’s Keen Look. The elongated, swept-back headlamp clusters, most reminiscent of the C-HR’s units, are adorned with LED daytime running lights and, in combination with a re-sculpted bumper, which features a larger air dam, imparting a wider stance to its front profile, the Corolla facelift looks immediately sharper. 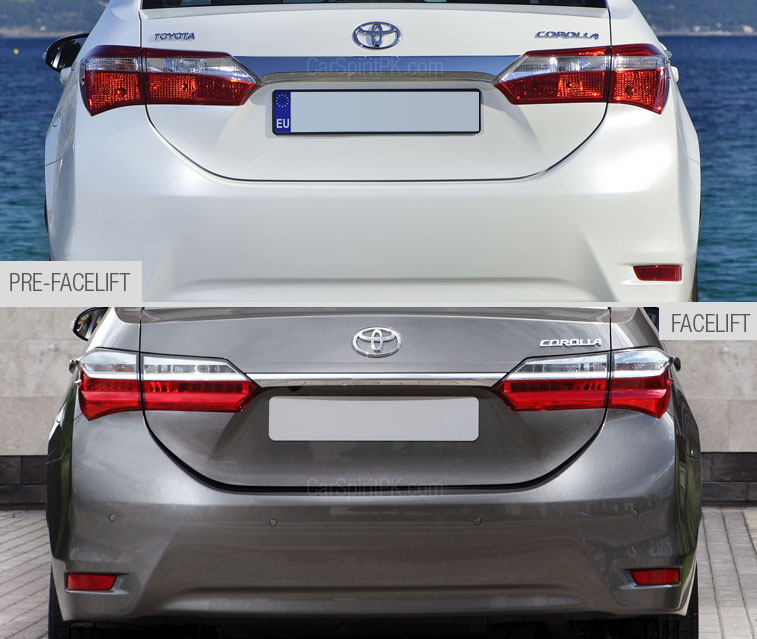 The rear section of the car is largely similar to the older model with the exception of the slightly restyled LED tail lamp clusters and a redesigned slim chrome garnish that further emphasizes the sedan’s width and stance. 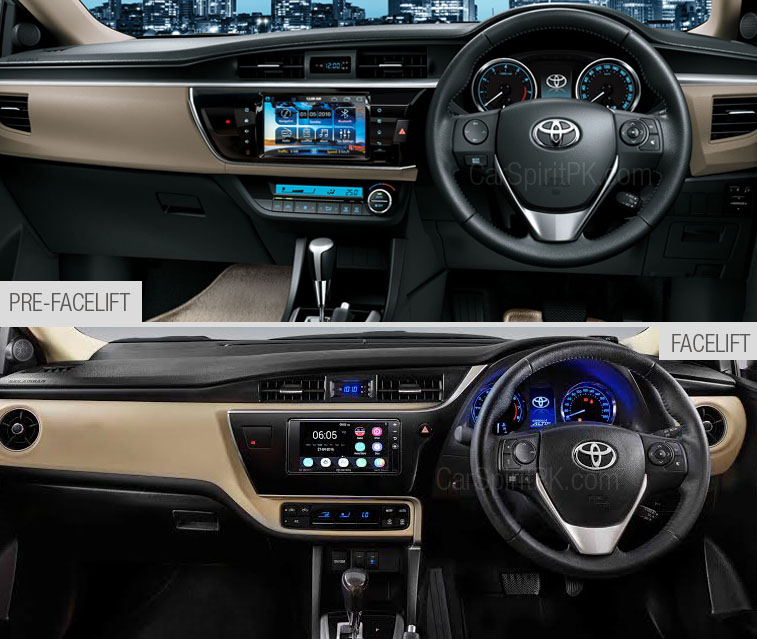 Inside, the cabin also receives minor updates but the overall design and appearance looks unchanged. The instrument panel has been updated with a redesigned climate control panel and circular air vents. Reportedly the facelift will get soft touch material for the dashboard and improved NVH cancelling. In addition, all the Corolla facelift variants (including the base 1.3L) will be equipped with dual airbags, immobilizer, ISO Fix child seat anchors, and seat-belt pre-tensioners as standard equipment.

The 11th  generation Corolla has done wonders for IMC as it achieved the highest ever sales record of selling 57,452 units in FY 2015-16. Currently selling at an average of nearly 5,000 units a month, the upcoming facelift is likely to enhance Toyota Corolla’s reputation as the most successful sedan in Pakistan. 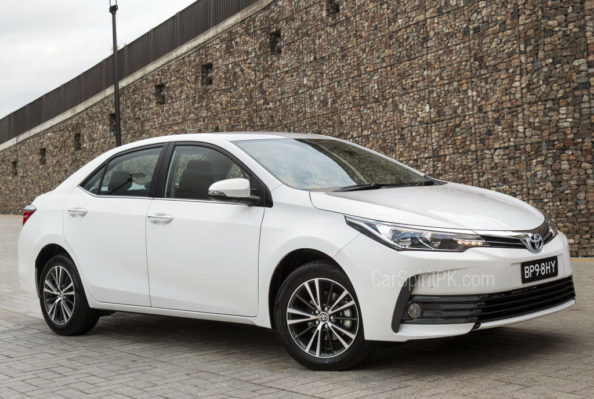 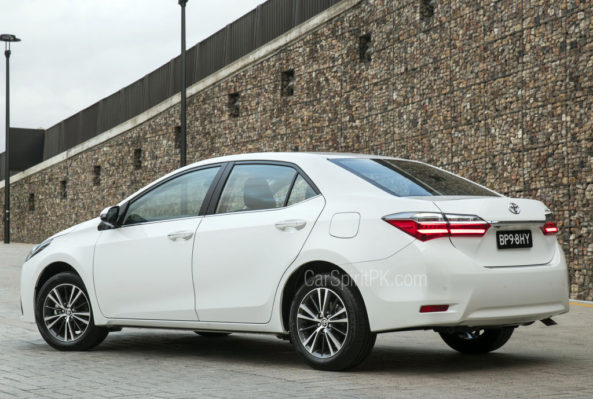