2018 Toyota Harrier will officially be sold in ASEAN Markets

The Toyota Harrier is a mid-size crossover SUV sold since December 1997 by Toyota in Japan only. From March 1998 onwards, the Harrier was rebadged as the Lexus RX for export markets.

However the new Toyota Harrier (facelift) is now being sold in ASEAN markets through official channels. After Singapore, the Harrier is now being previewed in Malaysia.

Power comes from a new 8AR-FTS 2.0 liter turbocharged four-cylinder engine from the Lexus NX, producing 231 PS from 5,200 to 5,600 rpm and 350 Nm of torque between 1,650 and 4,000 rpm – all sent to the front wheels via a six-speed automatic gearbox. Toyota claims fuel consumption of 13 km per liter on the Japanese JC08 cycle, and there are also “performance” dampers to reduce roll and improve high-speed stability.

Built on the Toyota New MC platform that also underpins the latest RAV4, the Harrier is no longer related to the Lexus RX, which has been spun off into a completely separate model. Dimensions include a length of 4,720 mm, a width of 1,835 mm and a height of 1,690 mm, along with a wheelbase of 2,660 mm. 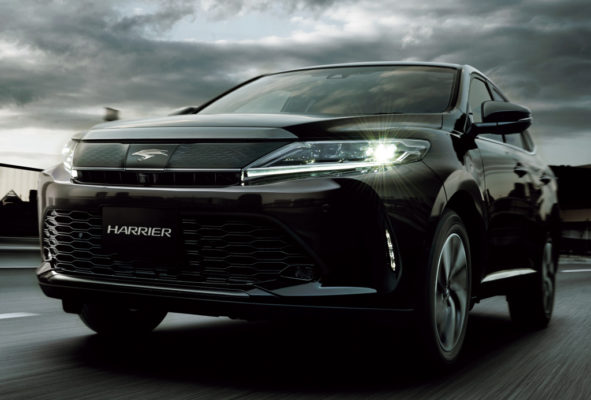 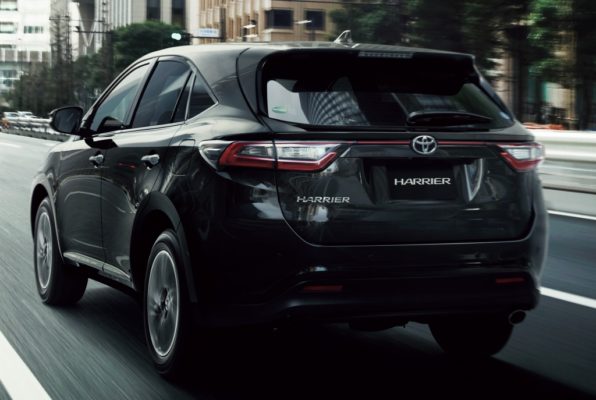 On the inside, there’s new Ultrasuede and faux leather upholstery and carbon-weave metal trim; the Luxury variant gets Nappa leather and brushed aluminum not seen here. There’s also an electronic parking brake with an auto brake hold function, as well as a driver’s seat that slides back automatically to improve ingress and egress, both of which are new on the facelift model.

Other features include a new height-adjustable powered tailgate, a panoramic sunroof and ventilated power-adjustable front seats with driver’s side memory (only available on the Luxury model). 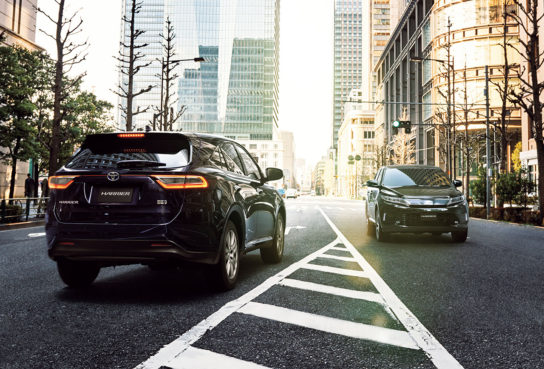 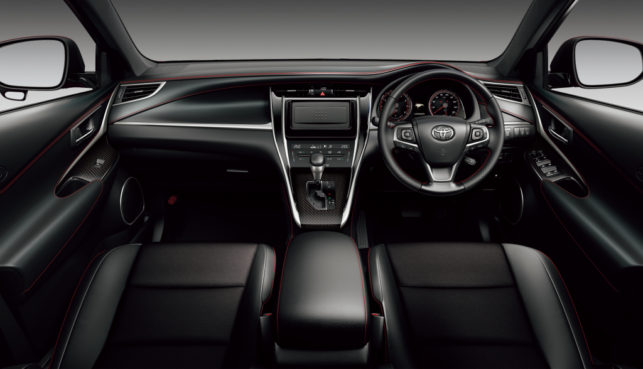