The Toyota GRMN Yaris, which was unveiled at this year’s Tokyo Auto Salon, has just made its debut. The GRMN Yaris is described as a fully tuned version of the GR Yaris hot hatch and is limited to just 500 units to be sold through GR Garages in Japan via a lottery system. The lucky buyers will be contacted by Toyota from 9th March 2022 onwards.

According to Toyota, the GRMN Yaris was developed with input from a team of professional drivers, including the company’s president Akio Toyoda, who races a GR Yaris under the pseudonym “Morizo” in the Super Taikyu Series. By the way, GRMN stands for “Gazoo Racing Masters of Nurburgring.”

Related: Akio Toyoda Takes the GR Yaris Out For a Spin

The GRMN Yaris is different from the already powerful GR Yaris in a number of ways, thanks to the lessons learned from motorsports competition. It boasts enhanced body rigidity thanks to 545 additional spot welds, more structural adhesive, and a reinforcement brace that takes up some cargo space.

Plus there are no rear seats, as well as no touchscreen infotainment system, purely for weight-saving purpose. Other changes in the cabin include a pair of Recaro full bucket seats as well as an Alcantara-trimmed steering wheel, gear knob and handbrake. The plaque on the center console has also been swapped out for a GRMN-branded one. 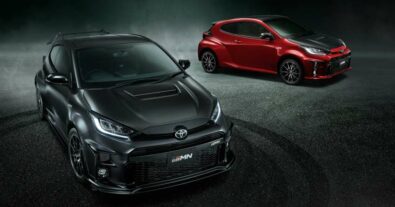 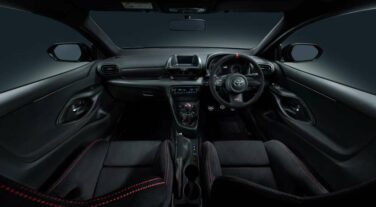 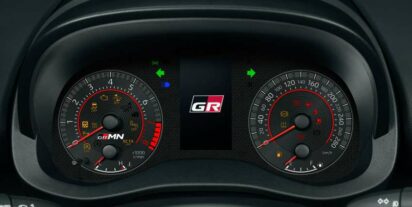 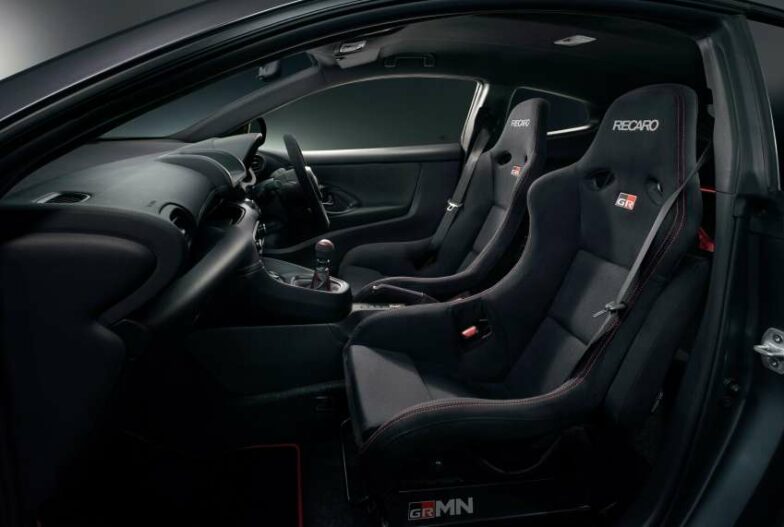 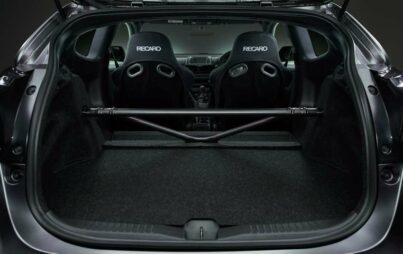 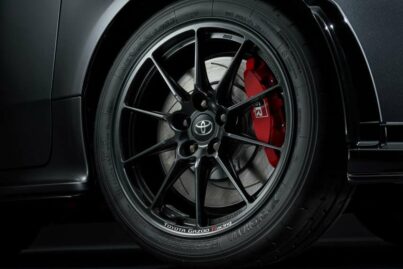 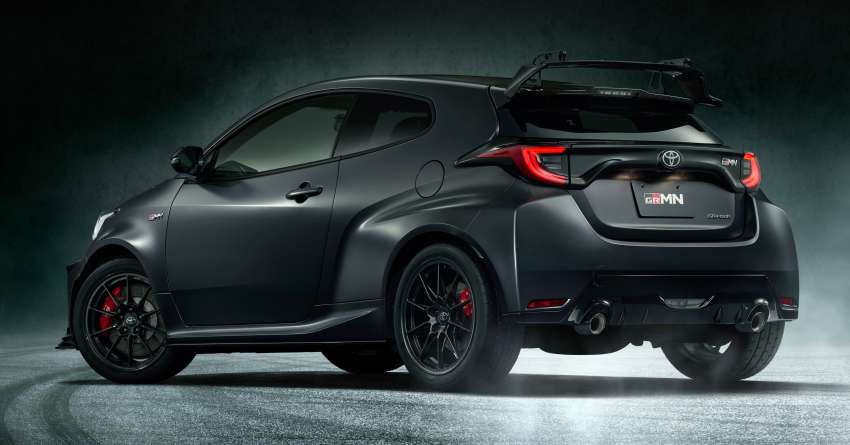 In terms of mechanical upgrades, the GRMN Yaris gets GR-specific front and rear limited-slip differentials, a reinforced three-puck metal clutch and pressure plate, while close ratios are used for the 6-speed manual transmission. The G16E-GTS 1.6L turbocharged three-cylinder engine is left untouched, still producing a healthy 270 hp of power and 370 Nm of torque.

According to Toyota, for better aerodynamics and a lower center of gravity, the GRMN Yaris is 10 mm wider and 10 mm lower when compared to the GR Yaris. The car also gets a new roof and vented bonnet made out of carbon-fiber reinforced plastic (CFRP) with a twill weave, which together with the removed items in the cabin, makes the GRMN Yaris approximately 20 kg lighter than the standard model.

Additionally, Toyota is offering 2 optional packages to take things even further. The first is the Rally Package that adds on a GR-tuned shock absorber and short stabilizer link set, an under-guard set as well as a roll bar with side protection. The other is called the Circuit Package, which is focused on road performance and will be fitted to just 50 cars. This package is a lot more comprehensive and includes 18-inch BBS wheels, 18-inch brakes, a swan neck rear wing made of the same material as the bonnet and roof, a front lip spoiler, side skirts and a set of Bilstein shock absorbers with adjustable damping force and a special Matte Steel body color. 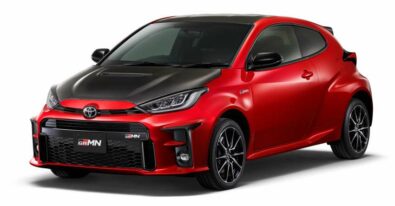 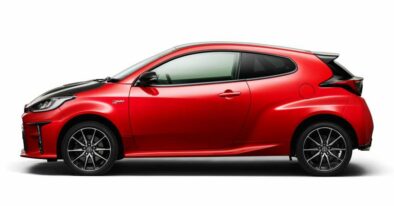 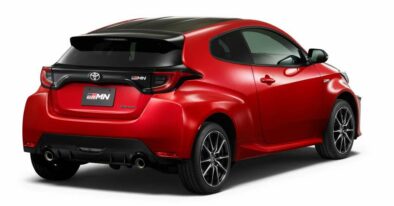 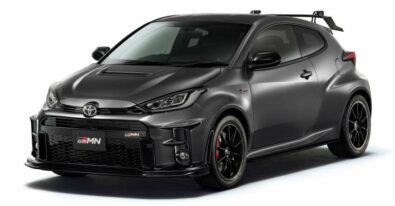 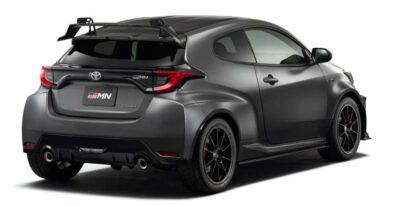