The 2023 Honda Civic Type R based on the 11th generation Civic hatchback has debuted at a special event in Los Angeles with NTT INDYCAR SERIES superstar driver Colton Herta behind the wheel. Its special this year for Honda since the Japanese automaker is celebrating 25 years of Type R and 50 years of Civic. The Type R is celebrated around the world as a symbol of extreme performance and desirability with 6 generations since it debuted in Japan as a 1997 model.

The all-new Honda Civic Type R is the most powerful model in Type R’s 30-year history, and has been engineered from the ground up to deliver thrilling performance with an addictive driving experience – both on road and on the racetrack. The 2023 Civic Type R combines its class-leading performance with a low and wide design and a new immersive high-performance cockpit experience that enhances the exhilaration of driving. According to Mike Kistemaker, Assistant Vice President of Honda Sales at American Honda said: 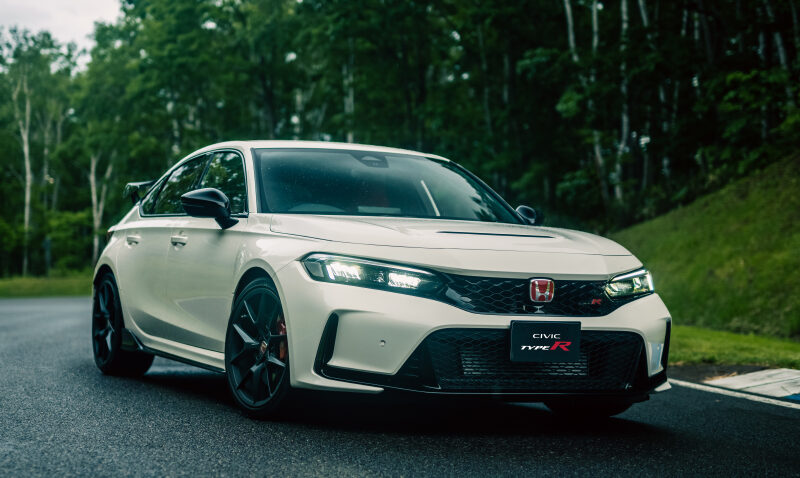 In terms of visual appearance, the Type R benefits from a more aggressive fascia with a mesh grille and revised corner intakes. Subtle side sills are found on the fenders behind the front wheels that work with the intakes, enhancing airflow efficiency around the car. Blacked-out alloys are there to maintain the sporty look, while the hot hatch gets wider rear doors compared to the standard Civic. A big rear wing spoiler, rounded rear fascia with a diffuser and the triple-tip exhaust completes the exterior makeover. 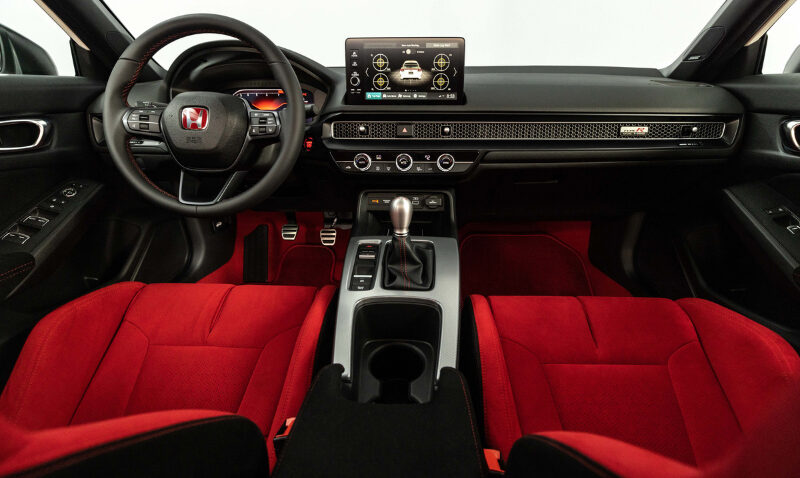 Inside, the 2023 Type R benefits from all the 11th-generation Civic’s improvements, including a clean dash and center console design and lots of new technology. The Civic Hatchback’s 10.2-inch digital instrument cluster and 9-inch infotainment screen have been carried over, with the same wireless Apple CarPlay and Android Auto capabilities. Of course it gets red accents on the aggressive sport seats, carpeting, extra badging, and contrast stitching as well. 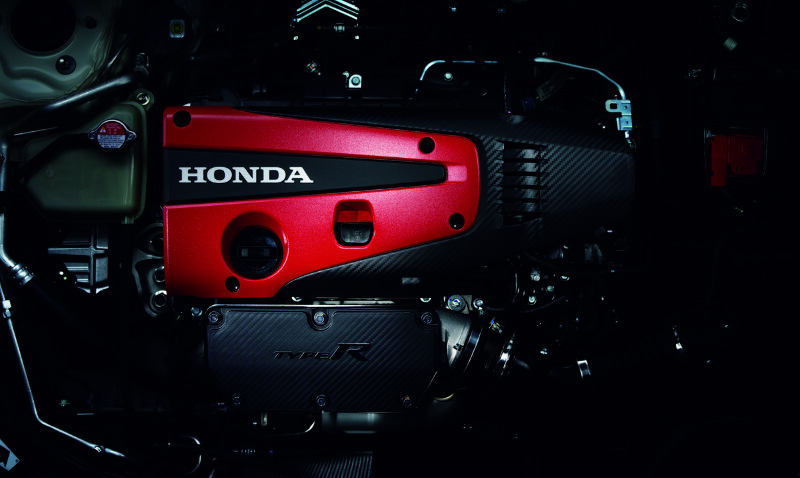 However Honda hasn’t revealed the technical details and pricing of the new Civic Type R, but says the 2.0L engine is “even more powerful and responsive” than the outgoing version, which made 306 hp of power and 400 Nm of torque. The interesting bit of information we have is that the new Type R rides on 265/30-series Michelin Pilot Sport 4S tires wrapped on 19-inch wheels compared to the outgoing Type R which rode on narrower 245/30 tires with larger 20-inch wheels. 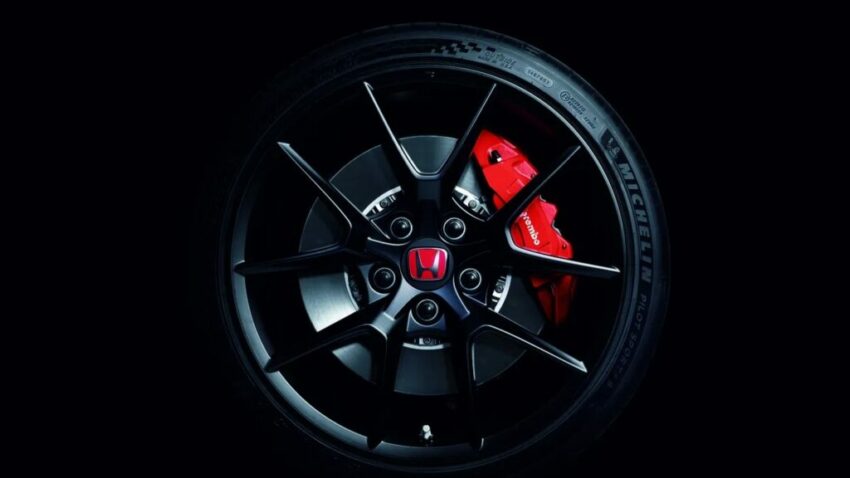 As for chassis upgrades, Honda just says the Type R has “enhanced suspension and steering performance,” and like the outgoing model, the braking hardware comes from Brembo. Honda obviously has a lot more to share about the new Type R. As such, this debut is essentially a visual presentation, showcasing what is likely the last non-electrified Type R from the Japanese brand. We will get full disclosure on all aspects of the 2023 Civic Type R towards the end of this year, closer to its planned production launch as a 2023 model year car.