5 Cars That Were Ahead of Their Times

Automobile design & development is a continuous process of evolution. Over all these years, cars have changed a lot the way they look & perform, due to the evolving design trends and safety preferences. Automakers have always kept on updating the technology behind designing and developing the vehicles both in terms of mechanical as well as electrical components.

Each new generation model is better than the previous one as the technology advances, however it’s always challenging to initially implement the new technology over the tested ones. Few automakers have courage to take this risk and at times it has paid them off really well.

Below we have handpicked few cars decade-wise, which were literally ahead of their times in terms of design & technology utilized. 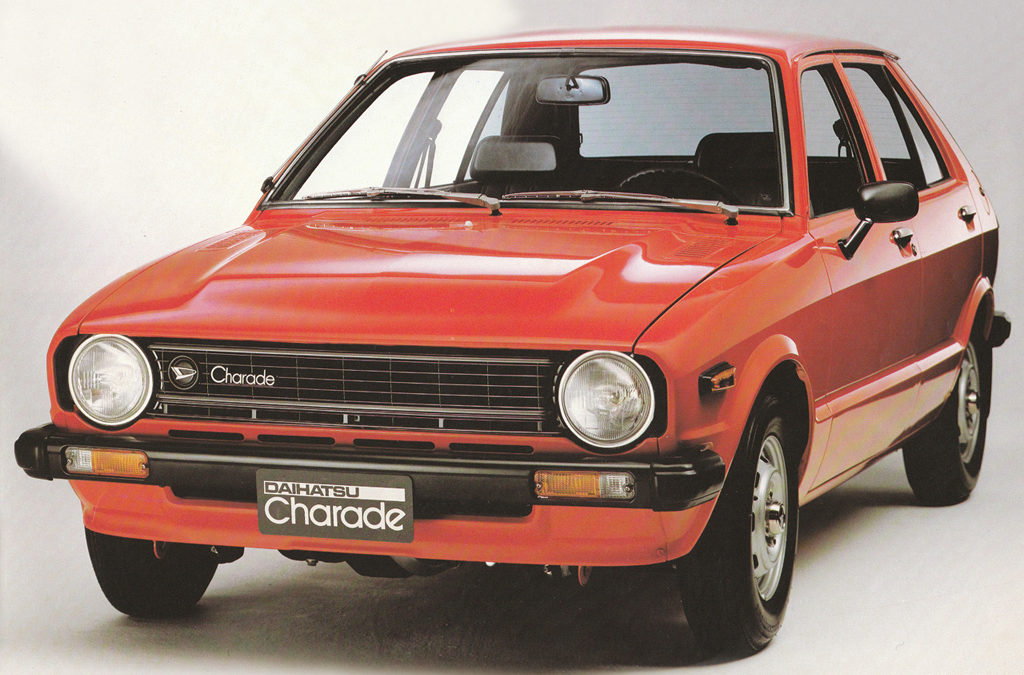 The Charade in the late 1970s was Daihatsu’s first foray into the passenger car market and trail-blazed the small car segment. It was called as the “The Car Created By Computer”, because it was one of the very first Japanese cars to be developed using Computer Aided Designing (CAD).

The first generation G10 Charade powered by a 993cc engine was pioneer in numerous ways. When most of the established automakers were still rolling out rear-wheel drive cars, the Charade in the late 70s was front wheel driven. In terms of transmission options, the G10 Charade was well ahead of its times too. In a time when 4-speed manual transmission was a norm, the first gen Charade had a 5-speed manual transmission. Plus there was a 2-speed daimatic (semi-automatic) transmission option also available, which considering the competition in that era, was something exceptional for a car of its size. 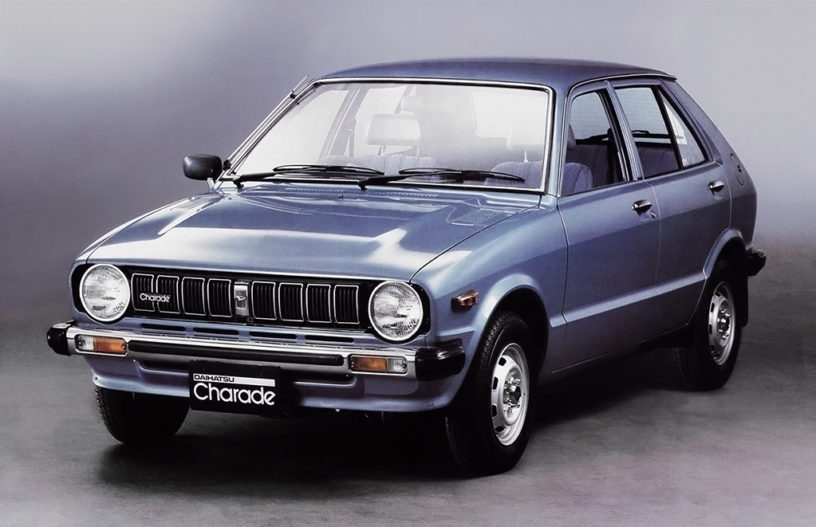 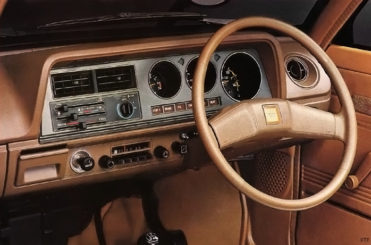 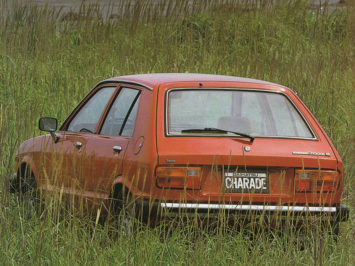 The Charade G10 in both 2-door and 4-door configurations was sold in Pakistan between 1978 to 1982, while its facelift arrived in 1981 featuring revised front-end with squarish headlights replacing the round headlights, minor cabin changes, new bumpers and revised tail-lights. 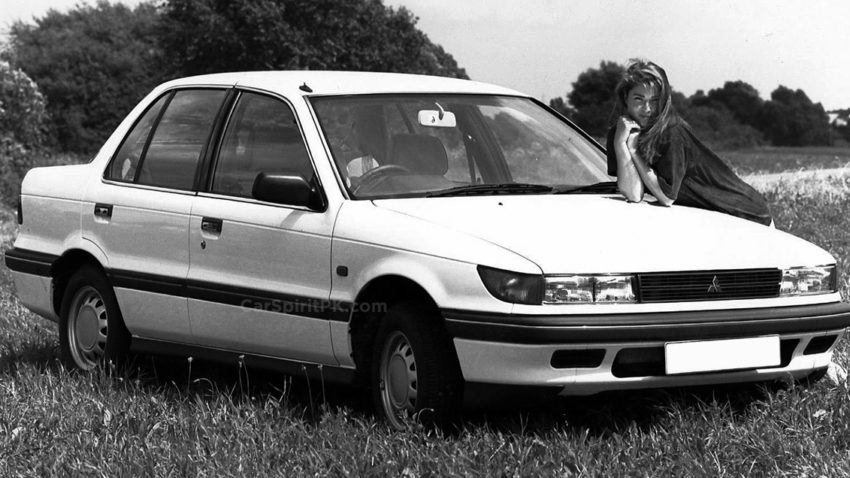 In 1987, Mitsubishi released the third generation Lancer adapting a more rounded appearance. Its design was spearheaded by Masaru Furukawa, who was the head of the vehicle design, assisted by Yasukichi Akamatsu as chief engineer.

When Mitsubishi launched this generation of Lancer they used the slogan, ‘Built for Tomorrow’, and it literally was. The Lancer was well ahead of its times in terms of design, technology, equipment and performance.

Visually it was the most appealing designs of the 80s, a head turner & jaw dropper of its era. It was the very first vehicles to utilize a 12-valve engine in a time when competitors were rolling out 8-valve carburetor engines. It was powered by the Mitsubishi’s Orion series 4G13 engine with an impressive 71hp of power and 105nm of torque mated to a 5-speed manual or 3-speed automatic gearbox.

The performance, drive quality and road grip of this generation Lancer was far superior than its competitors. Despite being a sedan it weighed just 930kg which contributed towards excellent acceleration and fuel consumption figures. Its combined fuel economy figure (city/ highway) was rated at 12.4 km/liter. Lancer had the best in class drag coefficient of just 0.34cd, compared to the 4th gen Civic which despite a low-flat design had a 0.37cd drag coefficient. Its low flat bonnet provided exceptional visibility for the driver while the interior was generously spacious compared to any other sedan of its class. It adapted an almost vertical rear windshield which resulted in an exceptional headroom even for the rear passengers. In addition to headroom, the legroom was also phenomenal. The interior had innumerable storage spaces, which made it convenient to carry all sorts of items along with ease. It was equipped with power steering as standard, while fully powered versions with power windows/ mirrors and power sunroof made it superior to its rivals. Despite everything good, its sales (in Pakistan) lagged behind the hot-selling Toyota Corolla & Honda Civic, commonly attributed towards relatively expensive maintenance.

The 6th generation Civic was designed by Masakazu Udagawa and Yoshi Kigoyoshi. Upon its introduction in Japan, it won the Car of the Year Japan Award. This was the third Civic model to receive the coveted Japanese award as previously the 3rd gen in 1983/84 and 5th gen Civic in 1991/92 had won the title for Honda.

It incorporated a range of new technologies to satisfy strong demand for performance, safety and low emissions. These included the 3-stage VTEC engine, boasting high output and high fuel efficiency and a next-generation, variable-speed automatic transmission. 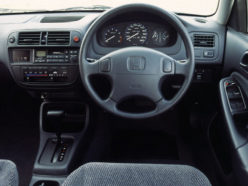 It was pioneer in our market for a number of reasons. Firstly, it was the very first locally assembled fuel injected Civic in Pakistan. Secondly, it was the first to have a Variable Valve Timing (VTi) engine, although Vtec engines were available in cars across the world for a few years already, the 6th gen was nevertheless the first to offer in Pakistan. The two available engines in local models were a 1.5 liter Efi (EXi) and a 1.6 liter Vti.

The design was strikingly impressive with large crystal headlamps, shorter trunk and an overall sportier appearance. It was undoubtedly the most beautiful car we had in our market during the 90s. 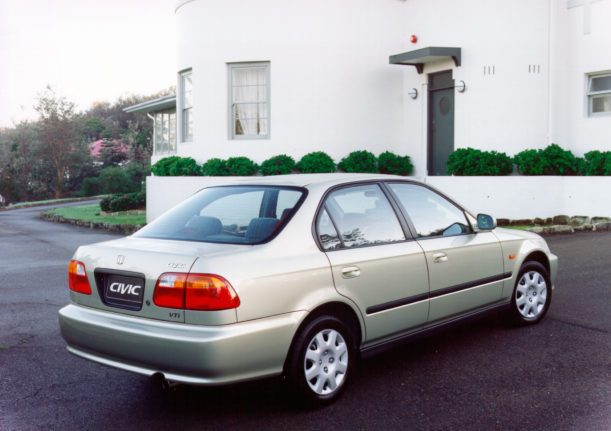 In January 1999 the 6th generation facelift Civic was launched. Often regarded as one of the most beautiful Civic to be made, the 6th gen facelift was also the first locally assembled Civic to offer sunroof in its Oriel trims. In 2006 Honda Atlas introduced the 8th generation Civic in Pakistan and unlike the previous generations with 1.5 & 1.6 liter engines, the eighth gen Civic was the first to have a 1.8 liter R18 engine with a staggering output of 140hp under its hood.

The 8th gen Civic was unique in so many ways such as to have a twin-tip exhaust, opposite moving windshield wipers, the first local assembled vehicle in our market to offer side mirrors with integrated turn signals, a two-tier instrument panel and digital meter etc. 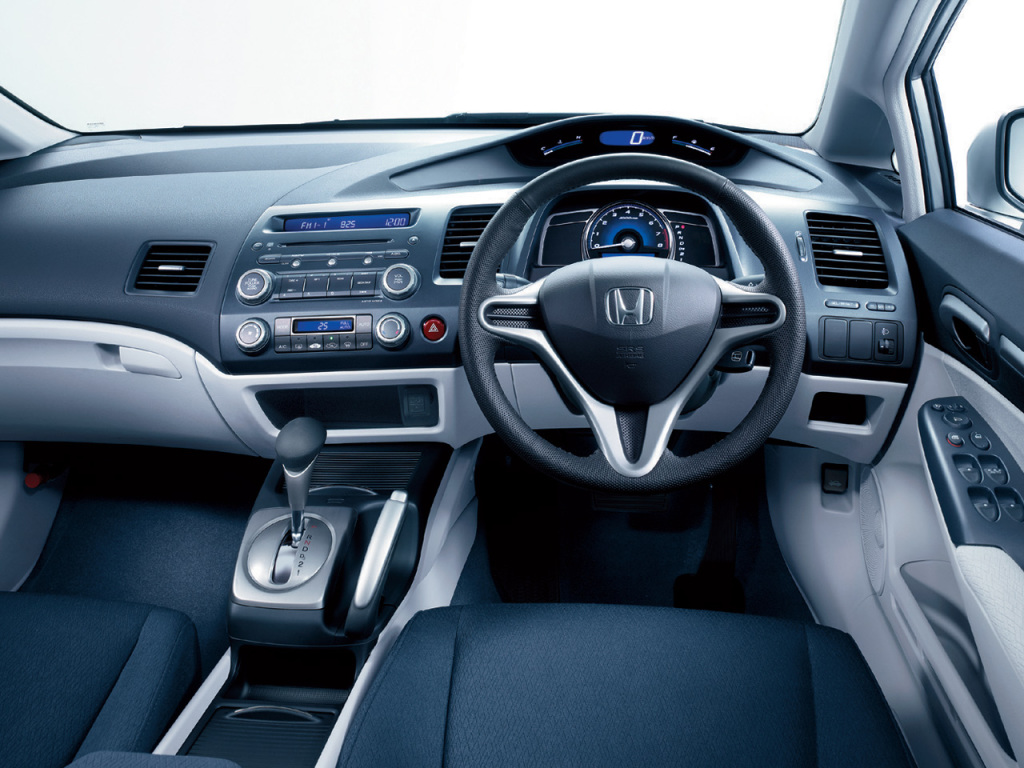 Honda researchers conducted a study that tracked the eye movements of drivers and prioritized the 8th gen Civic’s gauges and their placement for quick recognition time. Based on this research, a two-tier instrument panel was created that takes advantage of the generous dashboard space from the steeply raked windshield. A digital speedometer, fuel gauge and temperature gauge are housed in the upper level to be more in-line with the driver’s line-of-sight resulting in shorter eye movements between the most commonly referenced gauges and the road. 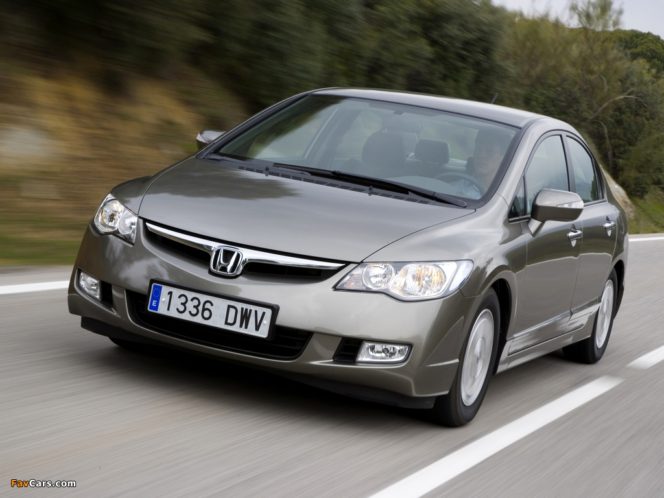 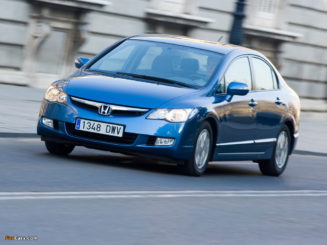 Honda Atlas used the word ‘Reborn’ in their marketing campaigns in Pakistan but even that word got popular and remain permanently associated with this generation of Civic in Pakistan. Thus the 8th gen is commonly referred as Civic Reborn in our country.

Considering the fact that the 8th gen was developed way back in 2005, it was definitely a jaw dropper of its time and still doesn’t look out-dated even after all these years. The ninth generation Honda Civic was never a true success in international markets. In fact, the 9th gen was ranked among the Top 10 Worst Flops of 2011 due to cheap interior materials, along with worsened driving dynamics and insubstantial exterior styling changes from the previous generation.

Consumer Reports, the popular American car magazine removed the 2012 Civic from its ‘Recommended’ list of compact cars. CEO of Honda Takanobu Ito explained that the 9th gen Civic was developed during the height of the global financial crisis, which led the company to believe that consumers would be willing to forego upscale content and quality in new vehicles so long as they were fuel efficient and affordable. “The creation of this tenth-generation Civic represents one of the most comprehensive and ambitious new model developments ever undertaken by Honda, as well as an unprecedented commitment of R&D resources around the world, from North America and Japan, to Europe, South America and Asia. This car, the sportiest Civic ever, sets new benchmarks for the compact class in terms of dynamic performance, fuel efficiency, spaciousness, safety and interior quality.”

Like other parts of the world, the 10th gen Civic, which is said to be the most anticipated cars of our market, became an instant hit. Even before its launch, Honda Atlas got more than 5,000 bookings without even needing to display the car. 10th gen offers various advanced features, including smart entry with push-start, remote engine starter, automatic air-conditioning and electronic parking brakes etc. The 10th gen is loved for its interior design, ride quality and above all, its striking looks. The car has proven to be one of the greatest head turners of our market.