Honda has just unveiled the completely redesigned 6th generation CR-V that will go on sale for the 2023 model year in the United States this summer and will be introduced in other markets thereafter.

Initially 2023 Honda CR-V will be offered with turbocharged engine while hybrid variants will be introduced later this year. The EX and EX-L variants will get an updated version of the 1.5L VTEC turbo engine, which Honda claims is better refined while providing improved emissions performance. Notable enhancements include a new high-efficiency, high-response turbocharger as well as a 4-2 exhaust port cylinder head. 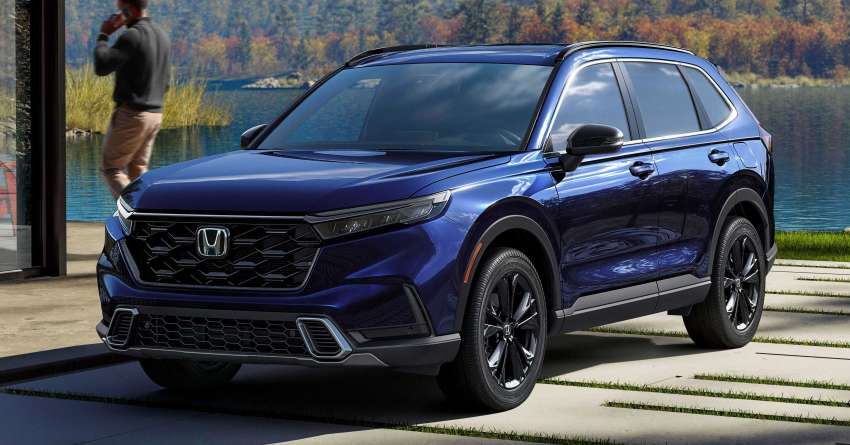 Output figures remain unchanged despite these revisions. The engine churns out 190 hp of power and 243 Nm of torque, however in case of peak horsepower, it now arrives 400 rpm later at 6,000 rpm, while peak torque now arrives 300 rpm earlier from 1,700 to 5,000 rpm. The engine continues to be paired with a CVT gearbox, which also gets tweaks to reduce noise and vibration. The hybrid powertrain is similar to the latest Civic’s e:HEV, with a 2.0L four-cylinder engine and e-CVT working together with two electric motors for a total system output of 204 hp. 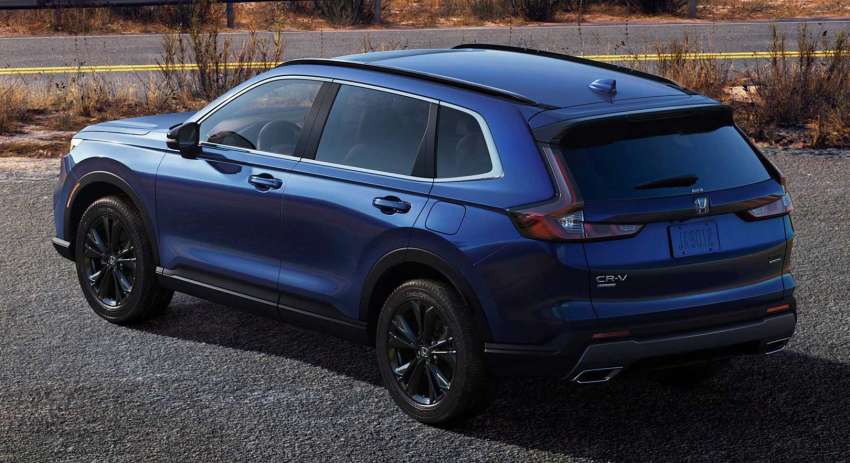 All variants can be had with Real Time AWD with Intelligent Control System, that sends 50% of engine torque to the rear wheels for better traction in slippery conditions like snow and mud. There are three standard selectable drive modes available (Normal, Econ and Snow), with Sport being an additional mode for hybrid variants.

In terms of dimensions, the 6th gen CR-V measures 4,694 mm long (+69 mm) and 1,864 mm wide (+10 mm), while the height is just slightly reduced to 1,681 mm (-8 mm). The wheelbase has increased by 40 mm to span 2,700 mm resulting in a better interior space. Inside there is a Civic-inspired dashboard which is almost a carbon copy of the sedan, including the three-spoke steering wheel, full-width mesh-covered air vents and freestanding infotainment touchscreen, which measures 7 inches in the EX and Sport, and 9 inches in the EX-L and Sport Touring. 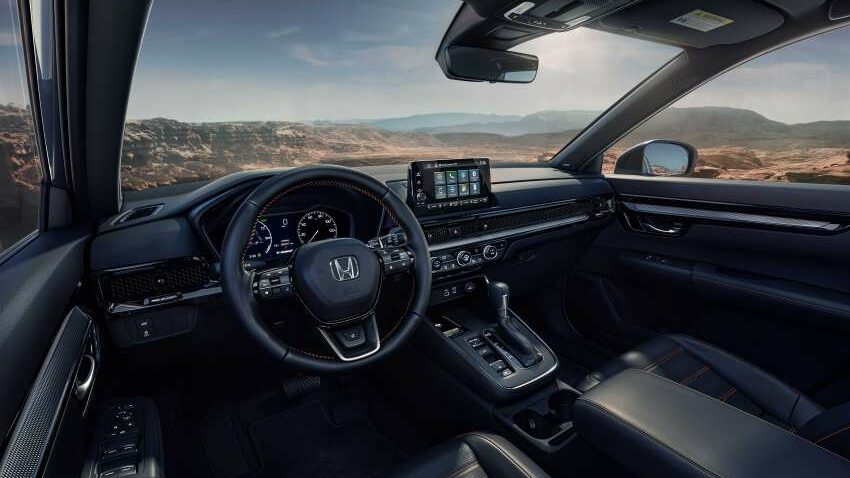