Chinese automaker NIO has just unveiled another premium electric SUV called the ES7 priced from 468,000 yuan (PKR 1.44 crore). The new NIO ES7 will be slotted between the ES6 and ES8 electric SUVs. 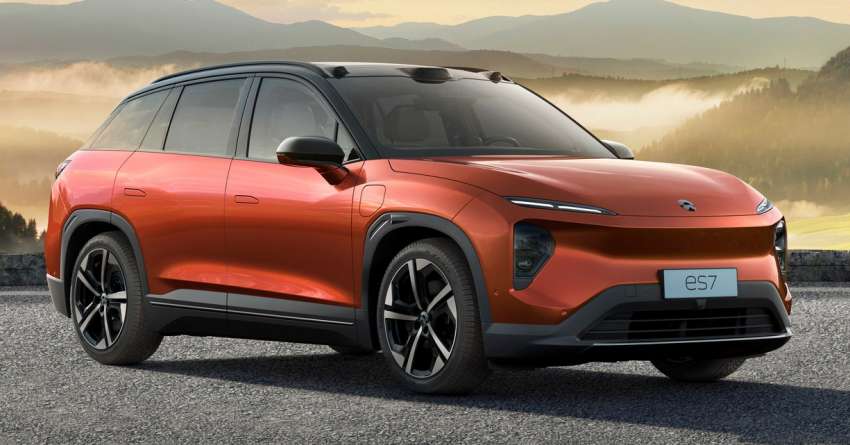 The electric drive system in the ES7 features a silicon-carbide (SiC) power module as well as a Standard Range Battery with an energy capacity of 75 kWh, which will deliver a CLTC-rated range of up to 485 km. With BaaS (battery-as-a-service), the pre-subsidy price for ES7 with the Standard Range Battery drops to 398,000 yuan (PKR 1.23 crore), although customers will be paying 980 yuan (PKR 30,300) a month of the battery subscription.

The ES7 is also available with a Long Range Battery that packs 100kWh for an increased range of up to 620 km. NIO also offers an Ultralong Range Battery option with 150kWh that is good for 930 km, however no pricing has been disclosed for this option for now. The ES7 boasts a drag coefficient of just 0.263 cd which plays a big part in achieving such a long driving range. All three battery packs can be recharged at via a domestic power socket, a public charging station or by swapping them out for a freshly-charged unit at any of the 1,000 NIO Power Swap stations. 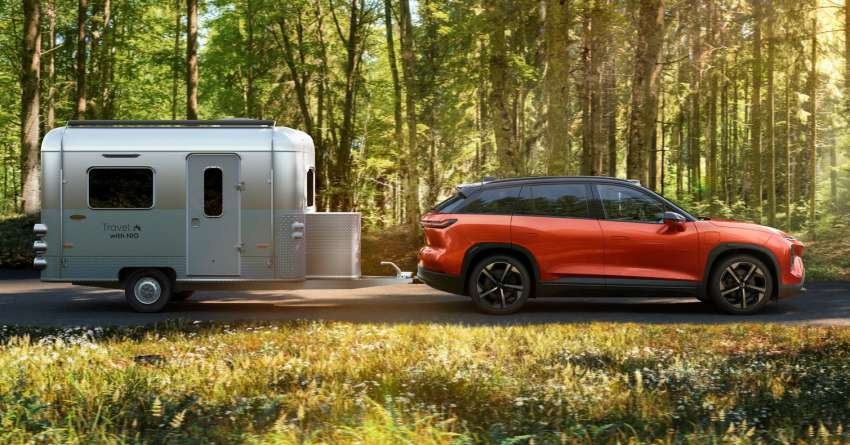 According to NIO, the ES7 is one of the first certified passenger vehicles in China to be able to tow a caravan or a trailer. The optional electric tow bar has a maximum towing capacity of 2,000 kg, and together with the V2L system, the company says its well suited to outdoorsy types who enjoy things such as camping. For stopping power, the ES7 SUV gets a rather beefy braking system with four-piston Brembo calipers at the front that help bring it to a dead stop (from 100 km/h) within 33.9 meters. Air suspension with dynamic damping control comes standard on the ES7, which uses double wishbones at the front and a multi-link setup at the rear – wheel torque vectoring and an anti-roll system are also included. 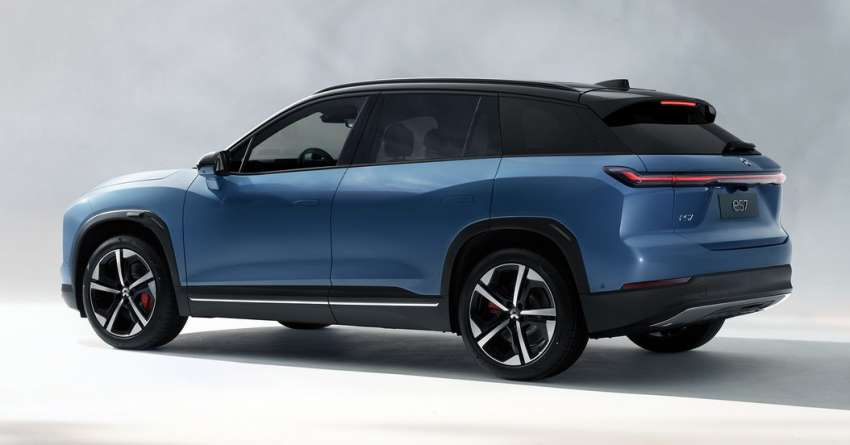 In terms of dimensions, the NIO ES7 measures 4,921 mm long, 1,987 mm wide, 1,720 mm tall with a wheelbase of 2,960 mm. The ES7 is also the first NIO to showcase the brand’s new ‘Design for AD’ design language. Key cues include an expressive shark nose front fascia featuring an X-shaped profile, “double-dash” LED daytime running lights that sit above the main headlamps and a wide lower intake. Sides feature black claddings along wheel arches, retractable door handles, accentuated shoulders and a sloping roofline that leads to a top-mounted spoiler. The rear gets the ‘Air Wing’ full-width taillights that have a slim profile and consist of 202 crystal-cut LED modules. 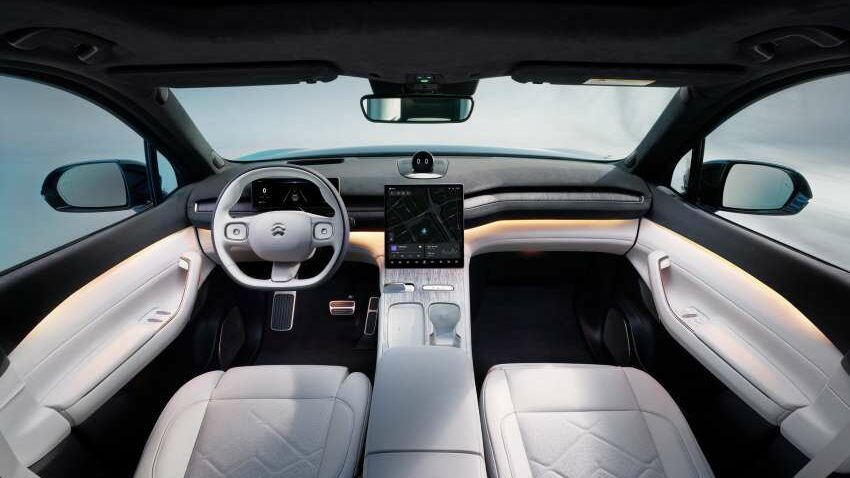 The interior is fascinating, what NIO calls a “second living room.” The dashboard is shaped to create two distinct sections for the driver and passenger, with a raised center console acting as a divider. This area houses a 12.8-inch AMOLED touchscreen display for the infotainment system, with a host of connected features like 5G network support, in-car WiFi hotspot and remote software upgrades.

There’s also the NOMI AI-powered digital assistant that sits at the top of dash and features digital eyes for a more emotive user experience. The list of technologies doesn’t stop there, as you’ll also find a 10.2-inch digital instrument cluster, a 7.1.4 sound system with 23 speakers and Dolby Atmos, a head-up display and a 40-watt Qi wireless phone charger. The most interesting is the PanoCinema system, which NIO says uses specially developed augmented reality glasses to project a 201-inch screen at 6 meters. Combined with a 256-colour ambient lighting system and the fancy sound system, you can enjoy a cinema experience to pass the time when the ES7 is parked. 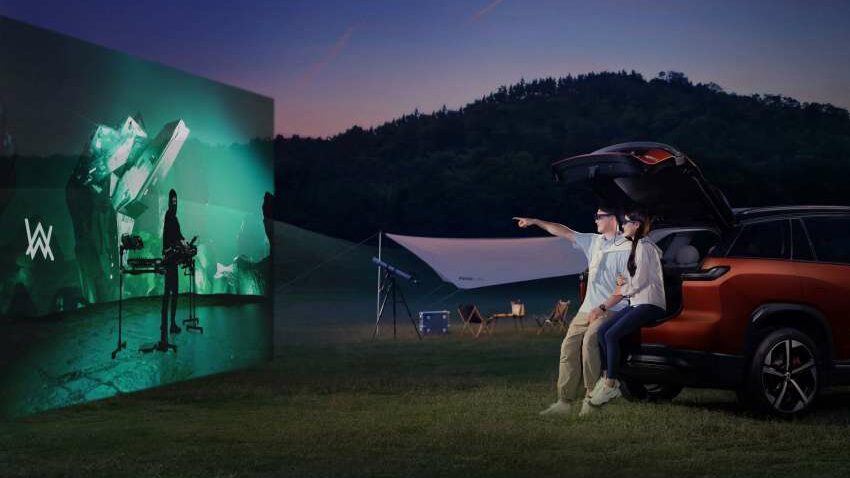 NIO ES7 has 5 seats and is trimmed in Haptex synthetic leather, with Nappa leather being an option (standard on the Premier Edition). Other materials used include renewable rattan wood along with microfiber fabric. For creature comforts, the 14-way powered front seats come with heating, ventilation and massage functions, while the rear seats come heated as standard and feature a power-adjustable seatback that can tilt between 23 to 31 degrees. 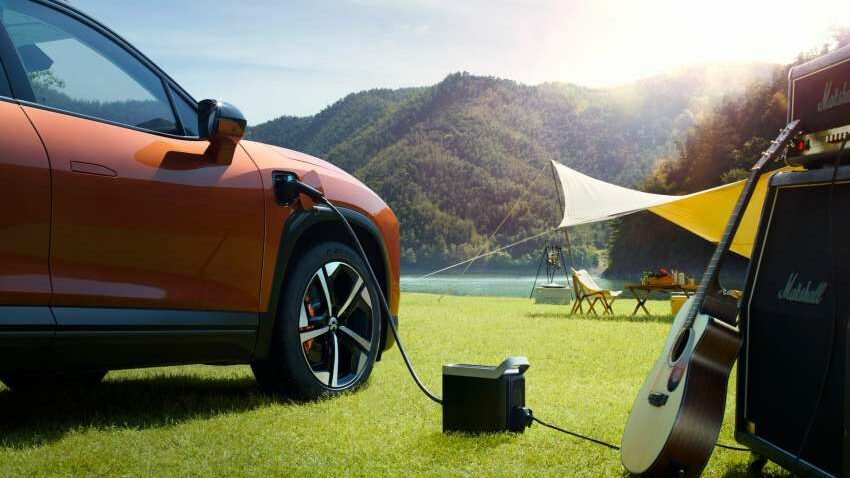 These, along with the Adam Super Computing processing unit, support the NIO Autonomous Driving system, which is said to allow for a “safe, reassuring, point-to-point autonomous driving experience in scenarios such as highways, urban areas, parking and battery swapping.” 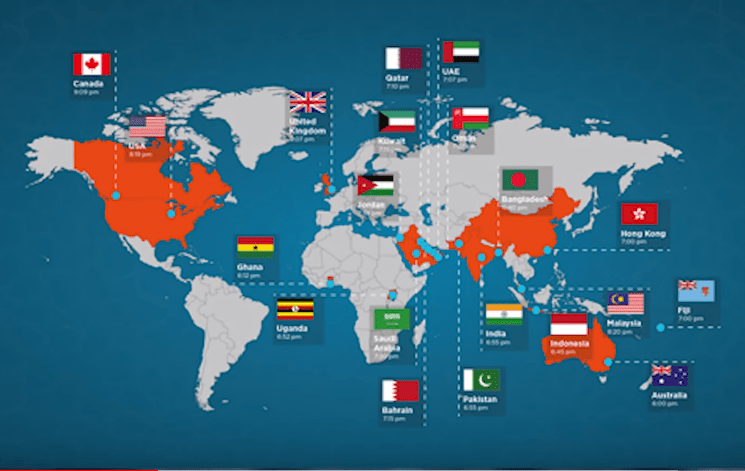 NIO aims to launch its volume brand within the next 2 years in more than 20 countries including Pakistan as shown in the map pictured above. However it will likely be the more affordable models in its upcoming new marque that will reportedly see the launch of three models in late 2022, with one of them to have the lowest price of all NIO-branded models according to the company.