The latest iteration of Fiat 500 was launched hardly over a year ago and its well on course to set a new record as the Italian mini hatchback has grabbed its 19th international automotive award. These awards have been won from 6 different countries, with the latest feather in the cap being Belgium’s “Best Car 2021” reigning in the small electric car category.

The automotive outlet Le Moniteur Automobile of Belgium had readers vote on their favorite models with the new Fiat 500 winning the small electric car category. The reader preference award had its voters praising the iconic model for its modernized design language as well as the body styles on offer which include hatchback, cabrio and 3+1. The electrified city car boasts a real world driving range of 235 km from its 42 kWh battery. The 0-100 km/h sprint time is just around 9 seconds while the top speed is rated at 150 km/h. This is achievable thanks to its electric motor which is good for 87 kW (117hp) and 220 Nm. 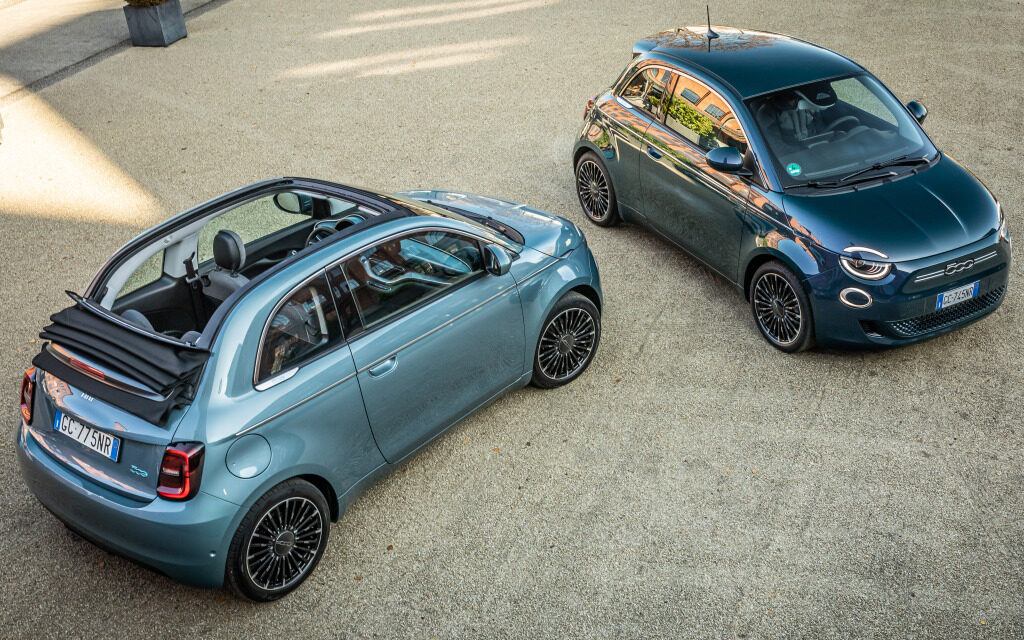 Fiat 500 has already won the French Automobile Awards 2020 “Green Car”, Driving Electric’s “Car of the Year and Best Small Electric Car”, “Best Design 2020” award from Germany’s Auto Motor und Sport magazine and “Best Design Concept” at the prominent international Red Dot Design Awards. The amount of received awards are boding well for Fiat 500 which is already enjoying great success in the European market. The New 500 is also the most sold car in the city car segment in Europe with a 24% market share.

In 2016 when the Auto Policy 2016-21 was being formulated, Fiat showed its intention to step into our market. Stefano Pontecorvo, the Italian Ambassador to Pakistan, had met with the then Finance Minister, Ishaq Dar and mentioned the intentions of Fiat to make Pakistan “it’s next possible investment destination”. The current Finance Minister Miftah Ismail, who was Chairman of the Board of Investment back then, had also visited Italy in 2016 to discuss with Fiat officials regarding their plans to explore Pakistani market, however nothing shaped into reality.

Bear in mind Fiat cars were being assembled in Pakistan during late 90s as Raja Motor Company and Fiat entered into a technical collaboration agreement for progressive assembly & manufacturing of Fiat branded cars in Pakistan. The plant was located in Landhi Industrial Area, Karachi with a land area of 10 acres including main production area and warehousing with a built-up area of approximately 1,50,000 sq.ft. at a cost or Rs. 1 Billion. It was considered a state-of-the-art manufacturing plant of its time with Electro Deposit (ED) Paint Coating facility under its roof. The project was inaugurated by the then President of Pakistan, Mr. Rafiq Tarar in January 2001 and commenced production in March 2001 with Fiat Uno 1700 cc diesel hatchback.