European cars ruled our roads till the 1950 & 60s after which smaller Japanese cars began to outnumber since they were reliable, affordable, easy to maneuver and park and were pocket friendly as far as the maintenance was concerned. By 1970s majority of European– or say non Japanese vehicles faded out from the roads with the VW Beetle among the last of survivors which was found in ample numbers even during the mid & late 70s.

However one of them even appeared during the 1980s, although cannot be counted as a success but was still seen running on the roads was the Fiat Regata sedan. It was produced by Fiat between 1983 and 1990 and was available in petrol as well as diesel engine options with 5-speed manual transmission as standard, something which wasn’t too common in that era since most of the cars came fitted with a 4-speed MT gearbox. Although there were five petrol and three diesel engines available in the lineup, I can’t really find exactly which ones were available in our market. 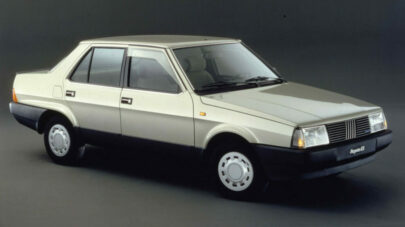 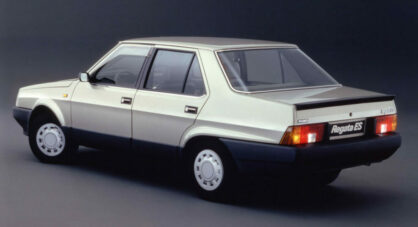 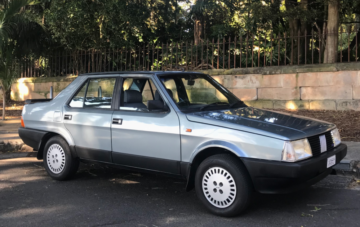 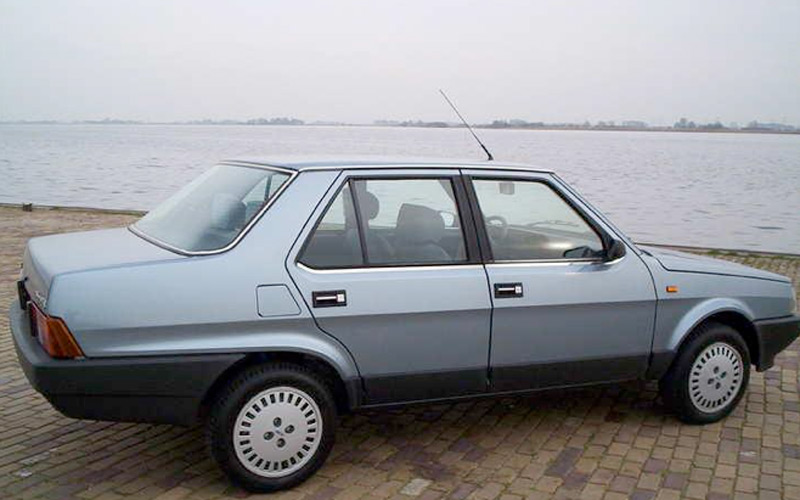 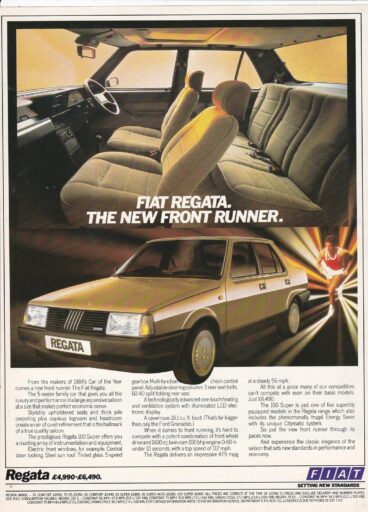 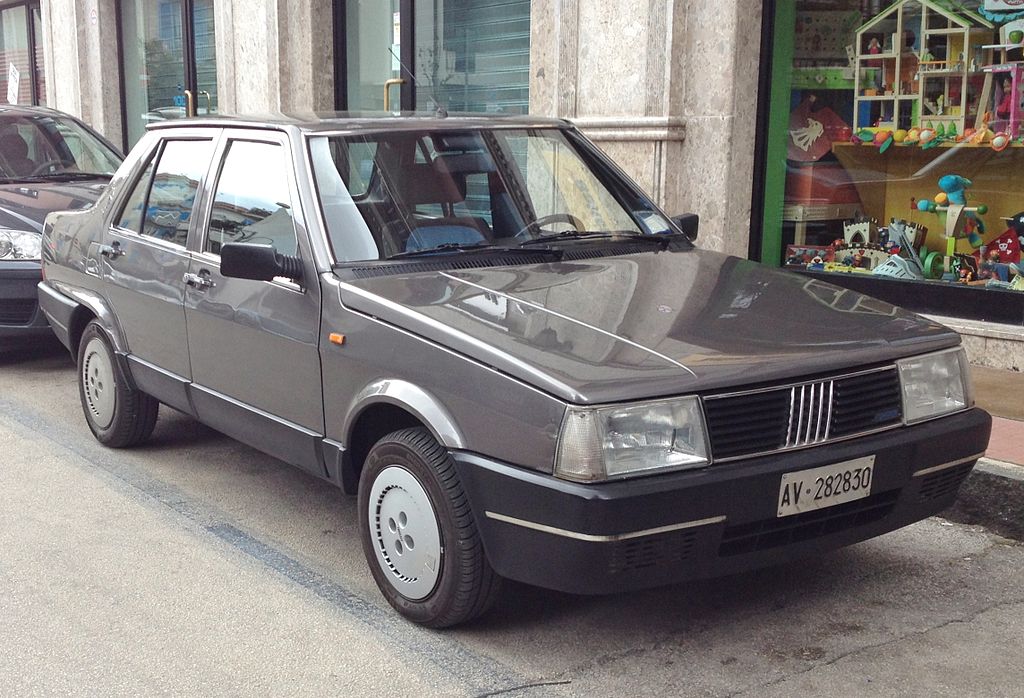 In terms of styling the Regata wasn’t too exciting. It was a conventional three box design with large squarish headlamps up front & a rear end that somewhat looked reminiscent to the Mazda 323 sedan. The body panels were thick & sturdy and you could literally feel the doors closing with a thick thud. The overall feel was too similar to what we used to experience with the Fiat Uno diesel hatchback which appeared in 2001 as a local assembled option. If you observe, even the side mirrors of Fiat Uno looked to be carried over from the Regata sedan.

The Regata was well equipped and its flagship model came with a “check panel”, which was an early onboard computer that provided information on fuel consumption, average speed, drive range & optimal gear selection etc. The interior was very European in design and stood out from the ordinary lot of cars. Top models even came equipped with a sunroof, which again was something that wasn’t part of the menu of other automakers back in those days. 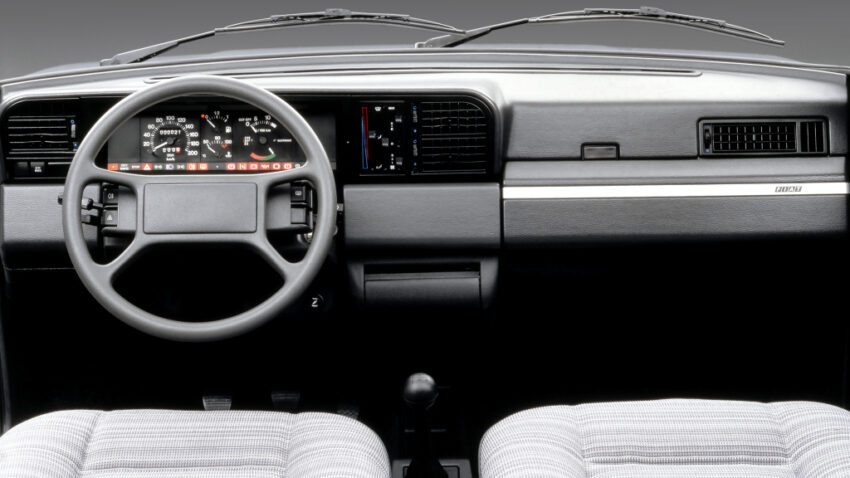 Although it wasn’t available in huge numbers here, but to best put it into perspective, you could spot a Regata as much as you can see a FAW V2 on the roads today. Yes, like its there but you won’t see it everywhere, everyday.

However like most other European cars, sourcing parts was a major concern since the market was already flooded with Japanese options and the fate of Fiat Regata was no different than any out-of-market car in our country. I did extensive search on the internet to see if I could find images of Regata in Pakistan, however there was only 1 example available that too, was converted into a limousine and not in its original form. Still its sort of a good attestation for those who won’t believe the Fiat Regata was available here too. Aah.. the endless flavors of the 80s! 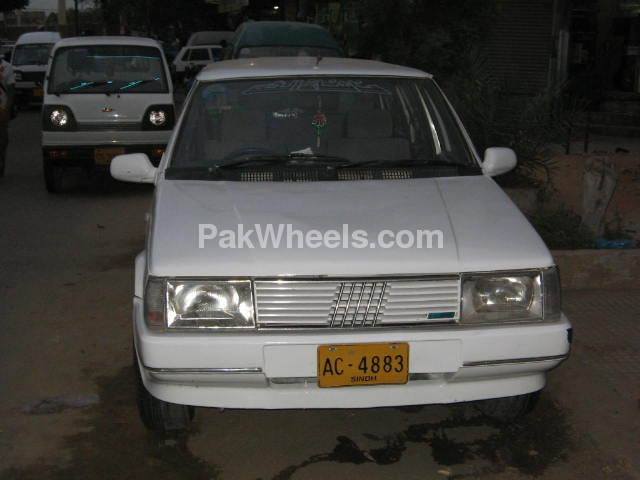 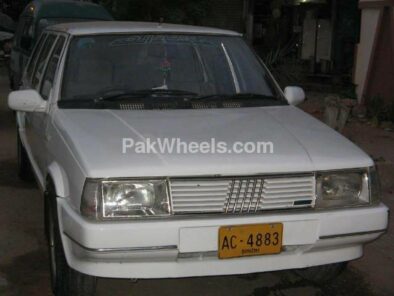 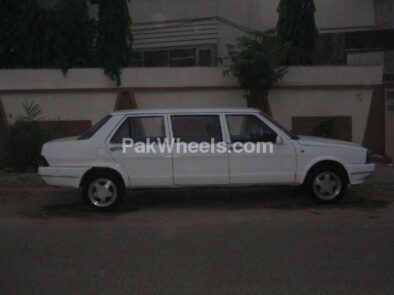 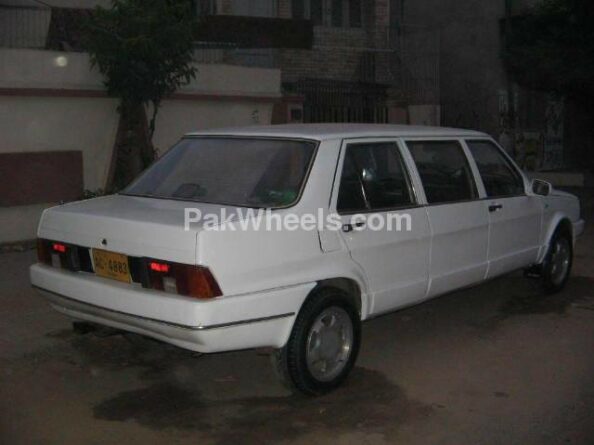 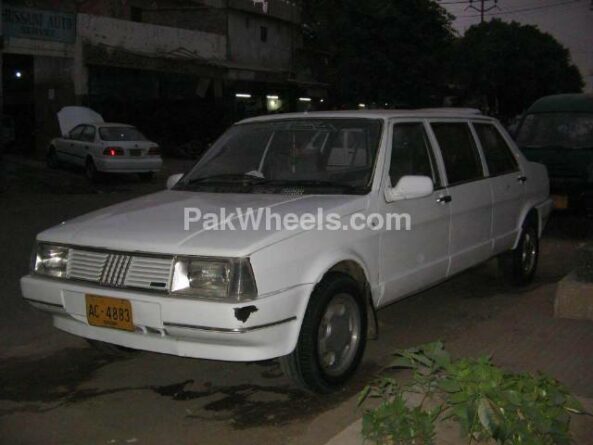