The Radar brand is aimed at young professionals living in big cities of China who like to own a recreational vehicle. This is a booming business and a lot of Chinese automakers are launching products aimed specifically at this consumer group. The Radar EV brand will launch at least four new cars in near future including an SUV, coupe, pickup truck, a large SUV, and an ATV. 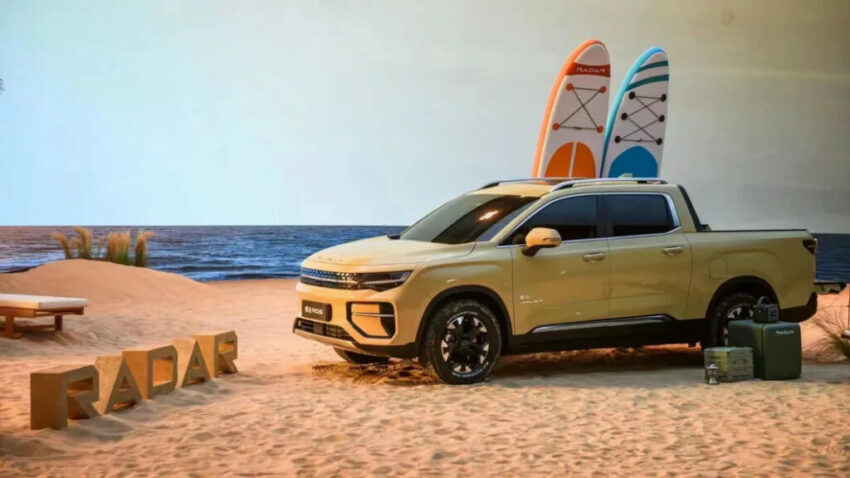 The RD6 pickup truck boasts an imposing stance with a fascia that boasts slim headlamps connected via a light bar. The side profile features pronounced wheel arches whereas the back gets full-width connected lights with ‘Geely’ lettering written on the tailgate. Interior images are yet to be released however as evident from the images released, there will be two separate screens; one for the instrument panel and one in the middle for the infotainment.

Images of a high-end variant was also released where the RD6 can be see with a dual-tone paint job with sporty red detailing and a cargo-bed cover as well. Not much of technical details have been released at this stage, however according to information available thus far, the RD6 is based on Geely’s Sustainable Experience Architecture (SEA) platform, and will have a driving range of 600km. 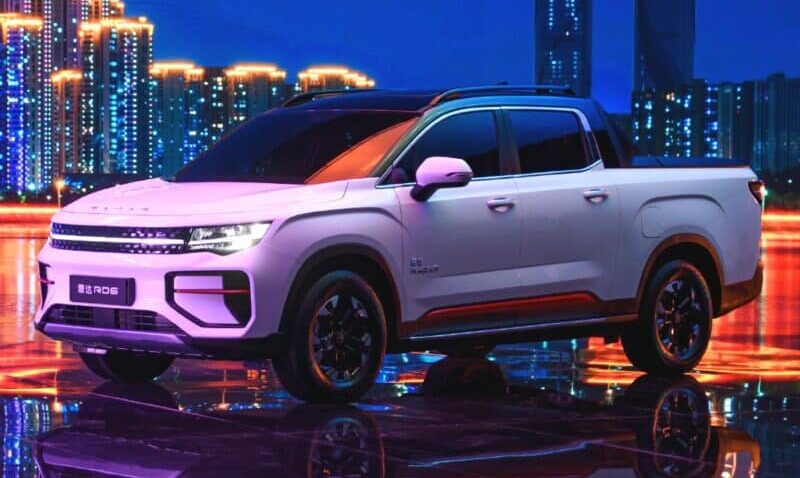 According to Radar CEO Ling Shiquan, who was speaking to Reuters:

“In an optimistic estimation, the annual sales of pickup trucks can reach 3 million units in China by 2030. More people are pursing a healthy lifestyle with more outdoor activities while the governments are also relaxing restrictions for pickups in cities. Those changes are supporting the growth of pickup trucks.”

Ling said Geely aims to start offering the Radar RD6 to Chinese consumers by the fourth quarter of this year while the company is also studying the Southeast Asian market for potential expansion opportunities. Ling went on to add that Geely may also bring the pickup trucks to the United States, the world’s largest pickup market, to compete with the existing players such as Ford, Tesla and Rivian.

The Radar RD6 will go against the likes of Sany, Foton Tunland EV and the Dongfeng Rich 6 EV in Chinese domestic market. There is no word on the pricing yet, however as per sources, the RD6 won’t be as expensive as Rivian, or the Tesla Cybertruck. Stay tuned to CarSpiritPK for more information on Radar RD6.