8 Years of Euro-2 in Pakistan

In late 2011, the government of Pakistan directed all automobile companies and relevant industries to shift to Euro-2 technology by July 2012. Pakistan just like other fields of technology is lagging far behind in fields of fuel too as cheap and obsolete Euro-2 petrol is still being consumed in the country when world has gone way ahead.

At a time when world is consuming Euro-6 grade petrol, we are using inferior quality petrol in our country which not only affects engines but is dangerous for the environment while smoke emitted from such petrol combustion is also harmful for human health.

In Pakistan Euro-1 petrol was introduced in 1992 however relevant institutions kept on ignoring up gradation of petrol and could introduce only Euro-2, that too in 2012. Internationally Euro-1 standards were phased out by 1996 and Euro-2 became obsolete in year 2000 when Euro-3 took into effect which means Pakistani adapted to Euro-2 almost 12 years after it was phased out from the rest of the world. And today we are 20 years behind the world as far as emission standards are concerned. 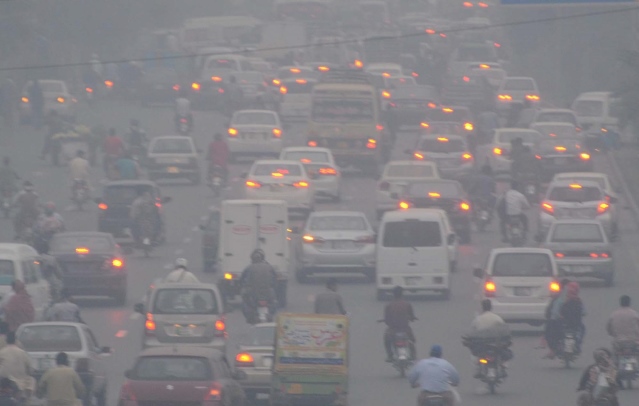 Using inferior quality petrol not only affects engines but is also dangerous for the environment while smoke emitted from such petrol combustion is also harmful for human health.

According to information, only 30% of petrol is produced in Pakistan while rest of it is gained through oil imports from different countries. These countries are already producing Euro-5 level petrol and are planning to upgrade to Euro-6 in 2020. Even Iran is almost close to shifting to Euro-6 for which relevant planning has reportedly been completed.

Also neighboring India has spent too many resources to upgrade its oil technology. In year 2000 India was at Euro-1 and introduced Euro-2 in 2005 while it moved on to Euro-3 in 2010. India jumped to Euro-4 in 2016 and having skipped Euro-5 has recently adapted to Euro-6 emission standards. With this, India stands in line with America, Japan, and European Union as far as the emission standards are concerned.

In today’s era Euro-2 is considered hazardous and deadly for proper functioning of sophisticated engines which limits engine’s performance & functioning life. Furthermore even the Euro-2 sold in our country is mostly adulterated. Laboratory tests have revealed that refineries in Pakistan are using lethal chemicals to increase octane levels in low quality petrol.

Till 2016, Pakistan alongside Somalia was the only country on the face of earth were RON-87 petrol was being sold. However in 2017 the regulatory bodies made it mandatory to meet at least RON-92 grade petrol for which suppliers used the additive to elevate the Research Octane Number (RON) used to uplift lower quality fuel up to the RON 92. Honda also raised this issue when it had to discontinue its 1.5 liter Civic turbo variants in late 2017 due to bad quality fuel available in the country.

Unfortunately, these chemicals being used in petroleum products are causing too much damage to not only vehicles’ engines, but also extracting dangerous particles which are extremely dangerous for human beings. The fuel containing too much sulfur is rapidly degrading the environment. Smoke from Euro-2 contains chemicals which are lethal for respiratory system and can even cause cancer. Stunted growth in children, asthma, eye illness, lungs and chest diseases etc are among by-products of Euro-2 fuel. According to vice chancellor PIMS Doctor Javed Ikram:

We are using fuel which has more combustible particles than incombustible ones. Not only quantity of smoke is dangerous but also quality too.

Throughout all these years stakeholders in petroleum and environment ministry have failed to upgrade the petrol quality. Prime Minister Imran Khan has always shown his concerns towards the environment, having formulated country’s first electric vehicle policy, he has vowed to upgrade locally available petrol too. Reportedly Pakistan State Oil (PSO) is all set to begin importing Euro-5 standard fuel after approval from the government.

It is high time Pakistan should seriously work towards meeting the global technological standards and ensure availability of upgraded fuel that is not only safer & better for the engines but also for the environment as well as for the well being of people of this country.