The all new Nissan Z has finally made its official debut almost a year after the prototype called Z-Proto was unveiled. The newest sports car from Nissan continues the legacy of Z-series as the 7th gen model, but unlike the previous 6 generations, it forgoes the traditional numeric designation altogether and is simply called Nissan Z.

Also known as the Fairlady, the new Nissan Z is significantly longer than the preceding 370Z model at 4,830 mm in length, however the width (1,844 mm) and height (1,316 mm) are almost identical. The 2,550mm wheelbase remain unchanged too. In terms of looks, the Nissan Z stays pretty much true to the Z-Proto unveiled last year. 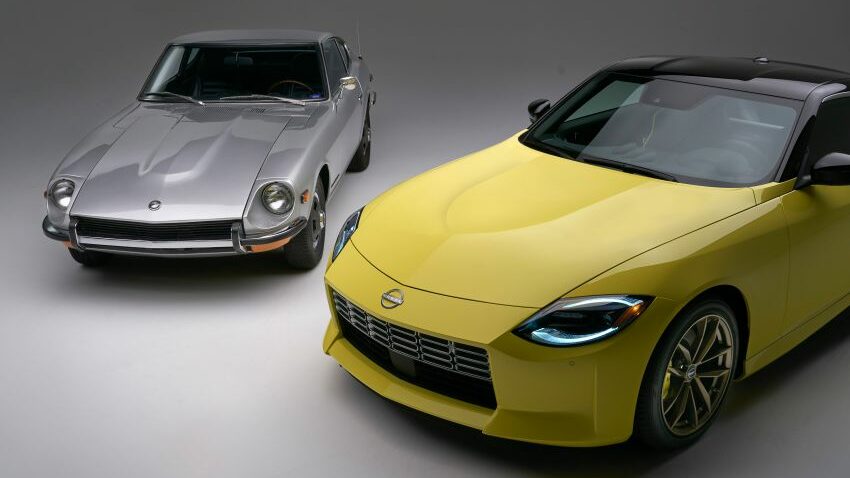 The design pays homage to the first-generation 240Z, with a large front intake flanked by headlamps that reminds us of the JDM Fairlady 240ZG of the 1970s. The side profile gives retro cues that point to original Z-car, including the distinctive sloping roofline. Towards the back, the taillights mimic the 300ZX whereas twin exhaust tailpipes and diffuser element complete the rear details. A rear spoiler has also been added to the production version, something which was not there in the Z-Proto. 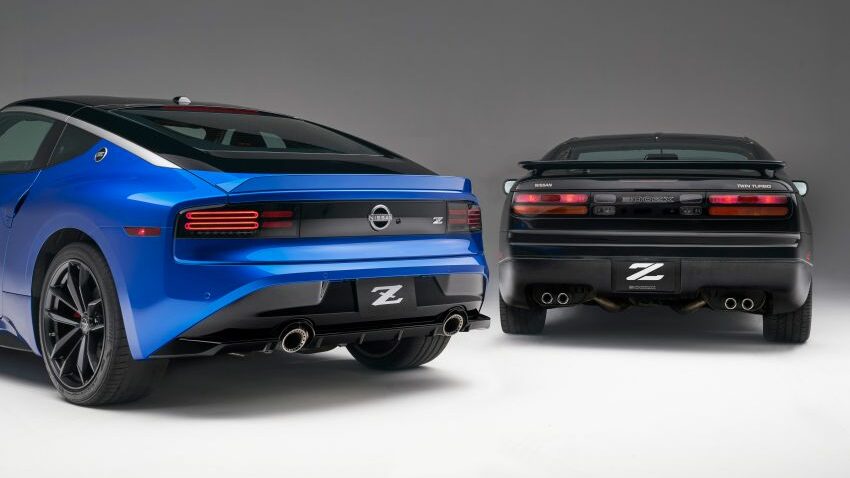 The interior remains similar to the prototype, where the retro-modern design theme continues with a three-spoke multifunction steering wheel with a redline shift pointed at the 12 o’clock position. The driver also gets a fully digital 12.3-inch instrument cluster, 8-inch touchscreen multimedia unit and a trio of gauges (angled towards the driver) on top of the center dash. 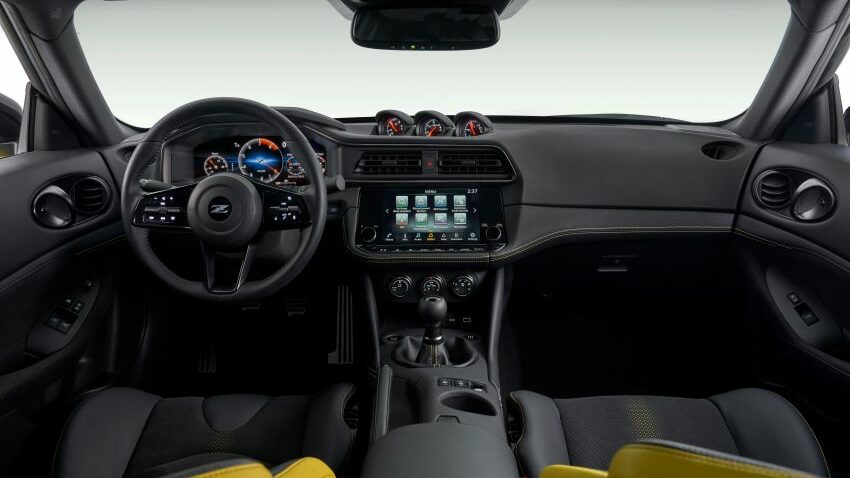 Under the hood the new Nissan Z gets 3.0L twin turbo V6 good for 400hp of power and 470Nm of torque. The Nissan Z will be offered in three trim levels – Sport, Performance and Proto Spec – all of which can be had with a standard 6-speed manual gearbox while the alternative is a 9-speed automatic transmission with paddle shifters. 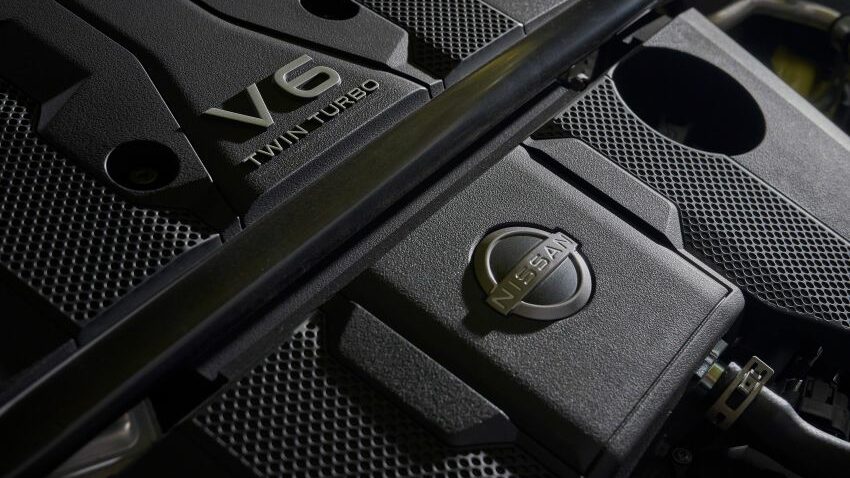 All automatic trims come with two transmission modes – Standard and Sport – along with an advanced launch assist control system, with latter only standard on the manual in Performance guise. Nissan says that the Z is the first rear-wheel drive Nissan model to include the system in a 6-speed manual, which also comes equipped with a carbon-fiber composite drive shaft and downshift rev matching.

The all new Nissan Z

Commenting at the debut, Ashwani Gupta, CEO and CPO of Nissan said:

“For us at Nissan, the Z is a part of who we are, and represents years of our commitment to customers. Through the Z, we bring the latest sports car design, performance and excitement to as many people as we can. For more than 50 years, the Z has been an accessible dream sports car, added Gupta. Its timeless appeal is the result of the ongoing passion and dedication of countless employees, working to deliver the thrill of the Z to past and future generations.”

The all new Nissan Z will go on sale from next year staring from the US market as a 2023 model year car followed by the Japanese domestic launch. The vehicle will reach other global markets thereafter. 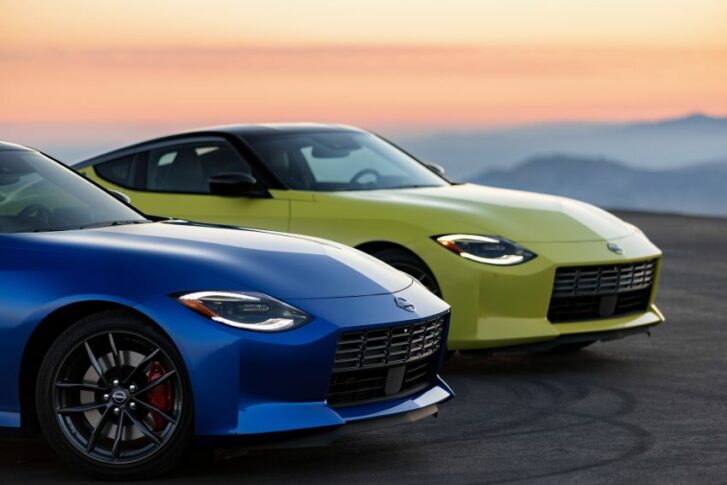 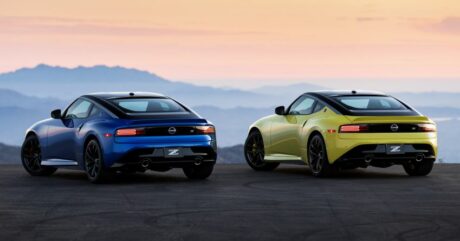 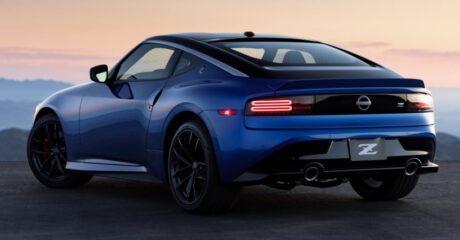 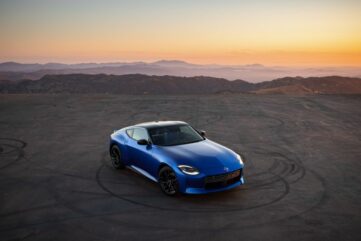 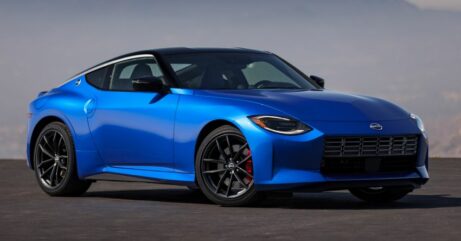 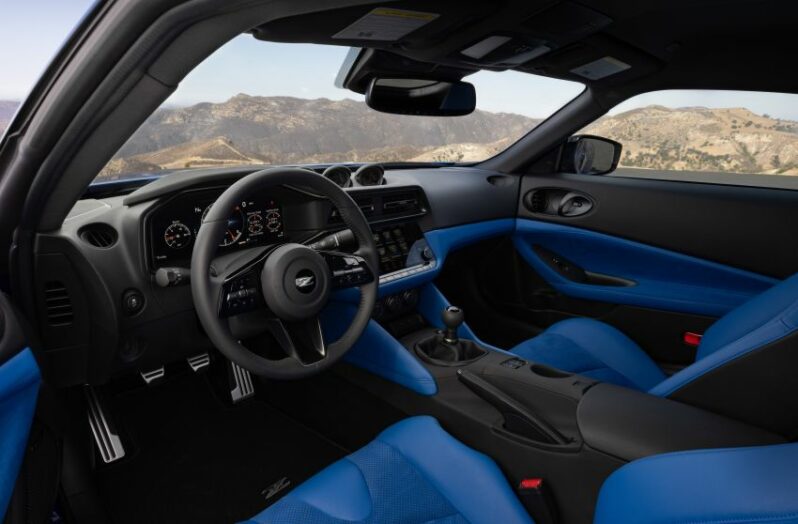 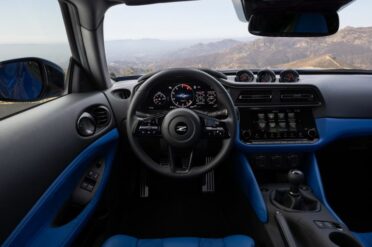 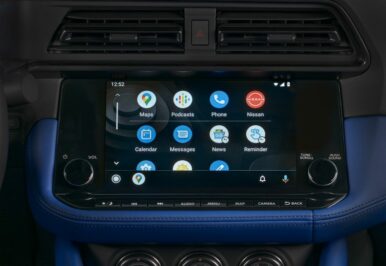