Suzuki has released the official images of the fourth generation Jimny. The all-new Suzuki Jimny will make its public debut in July. There will be two variants on offer – Suzuki Jimny and Suzuki Jimny Sierra.

Suzuki designers have adopted a retro approach for the new Jimny. It gets black front and rear bumper, black grille with signature vertical slats, round headlights, round indicators and fog lamps, bumper mounted tail lights, and a boot lid mounted spare wheel.

The Jimny Sierra differentiates itself from the regular model thanks to wider bumper, additional protective cladding around wheel arches and sides, and wider tires wrapped around different looking 5-split spoke alloy wheels. 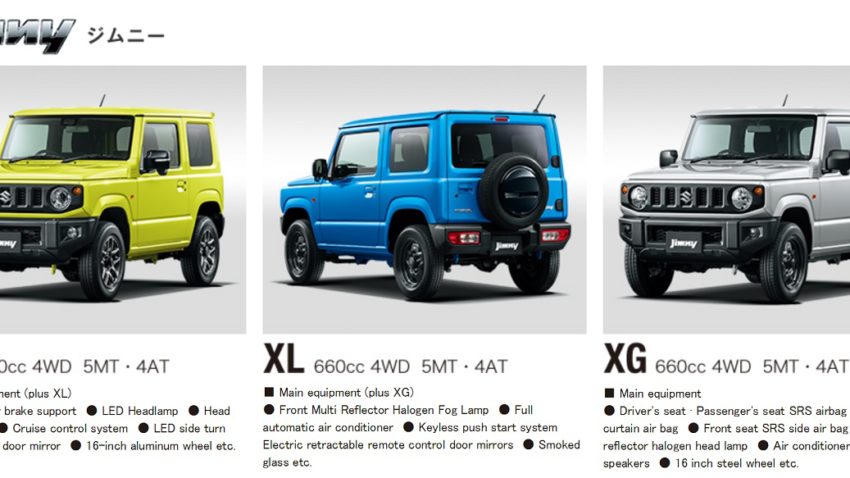 The all-new Jimny will be available in three grades – XC, XL, and XG. The highlights of their features list have also been specified. As mentioned in a report published last week, the base Suzuki Jimny XG gets front driver and passenger airbags, SRS curtain airbags, front seat SRS side airbag, halogen headlamps, fog lamps, manual air conditioning, 2-speakers, and 16-inch steel wheels.

The JDM-spec Suzuki Jimny will be offered with a 660 cc petrol engine with either a 5-speed manual or a 4-speed automatic transmission. Part-time 4WD will be offered as well. The Suzuki Jimny Sierra gets a 1,500 cc petrol engine. Again, transmission choices include a 5-speed MT and a 4-speed AT and 4WD is standard as well. Exact specifications have not been revealed yet, however as per Suzuki’s global website, the fourth gen Jimny is based on a ladder frame chassis and gets a 3-link rigid axle suspension and part-time 4WD with low range transfer gear. 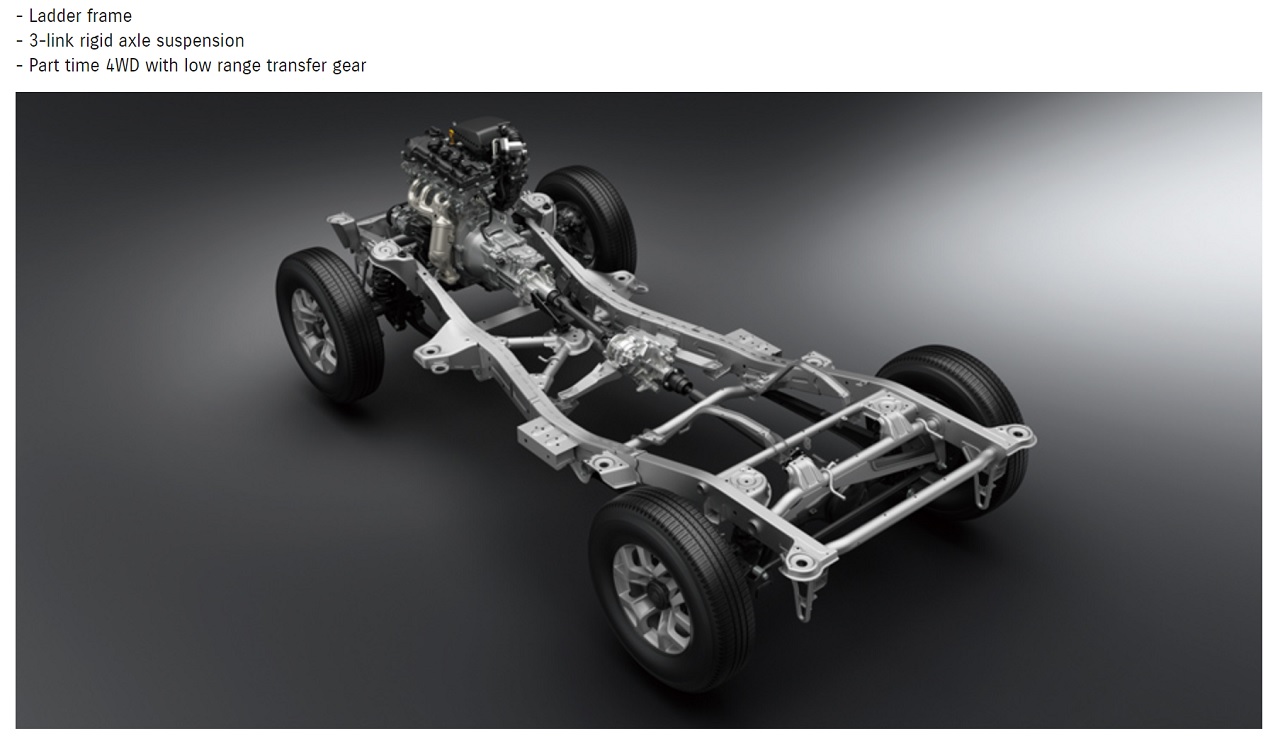 The all-new Jimny and Jimny Sierra will go on sale in Japan first, where production is already underway. Other markets are likely to receive the 4th gen Suzuki Jimny by late 2018 or early 2019. And since Pak Suzuki sells the imported Jimny here, it’s quite likely to reach Pakistan in near future as well.