The all-new third generation Toyota Sienta has just made its debut in Japan. The latest iteration comes as a replacement of 2nd generation model (also available in Pakistan as used JDM) that has been around since 2015.

Built on the GA-B version of the Toyota New Global Architecture (TNGA) platform, the 3rd gen Sienta is available in both 5- and 7-seat configurations. Despite the new platform, the latest Sienta retains nearly the same dimensions as its predecessor, measuring 4,260 mm long, 1,695 mm wide and with a wheelbase that spans 2,750 mm. However at 1,715 mm, it stands 20 mm taller than its predecessor. 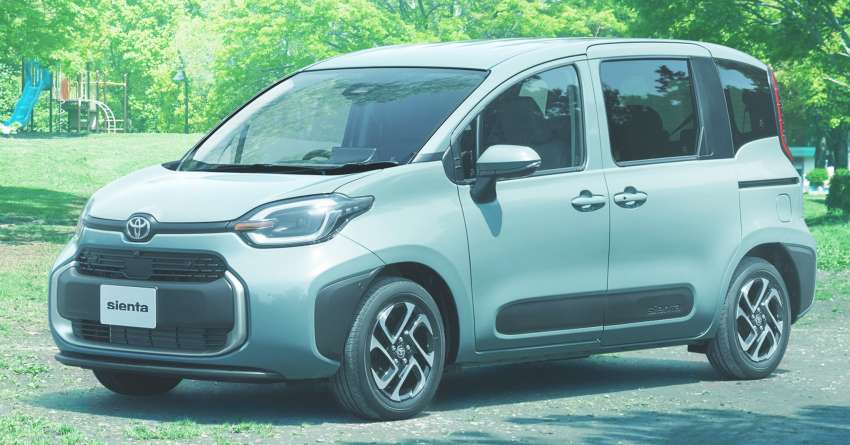 Overall the styling of new Toyota Sienta is more utilitarian and less “organic” compared to the preceding model. The headlamps are more squarish in shape and now bridged by a black trim piece running through the Toyota logo. The front & corners of the bumpers and the bottom half of the doors all feature a black trim that remind us of the latest breed of Citroen vehicles. Toyota says the new Sienta’s lower horizontal belt-line allows for larger windows that promote better visibility. The window line above the rails for the powered rear doors is also revised for a more substantial rear quarter window so third-row passengers have a better view out. Plus the 20 mm increased height contributes to a better headroom for the passengers inside.

Towards the back, the vertical backlights are much larger and mounted higher up the corners of the body. The redesigned tailgate has an increased opening height by 15 mm, which can allow a bicycle with 27-inch tires to be loaded without the handlebars getting stuck in the opening, while the luggage space height is also up 50 mm thanks to the tilt-down structure of second-row seats. Inside, the completely redesigned dashboard keeps to the utilitarian theme that says goodbye to quirky lines of the previous model. There is a floating center console that allows to get a pass-through to the second row from the front. Plus there are three cup holders on the dashboard, compared to 2 in the previous model. Other interior highlights include a 7-inch digital instrument cluster (4.2-inch multi-info display in lower variants) and a 10.5-inch Display Audio Plus touchscreen infotainment system (8-inch Display Audio in lower variants). As for quality-of-life improvements, Toyota offers windows with UV- and IR-block functions as part of the optional Comfort Package, manual sunshades for second-row seats, a ceiling air-circulator and fabric seat covers with deodorizing and water/oil-repellent treatment for those who ferry messy children or adults.

Under the hood, there is a choice of naturally aspirated and hybrid powertrains. First is a 1.5L M15A-FKS naturally-aspirated three-cylinder petrol unit from the Dynamic Force family (also used in the European Yaris) that serves up 118 hp of power and 145 Nm of torque. Drive is sent to the front wheels via a Direct Shift-CVT while fuel economy is rated at 18.4 km/liter (WTLC). 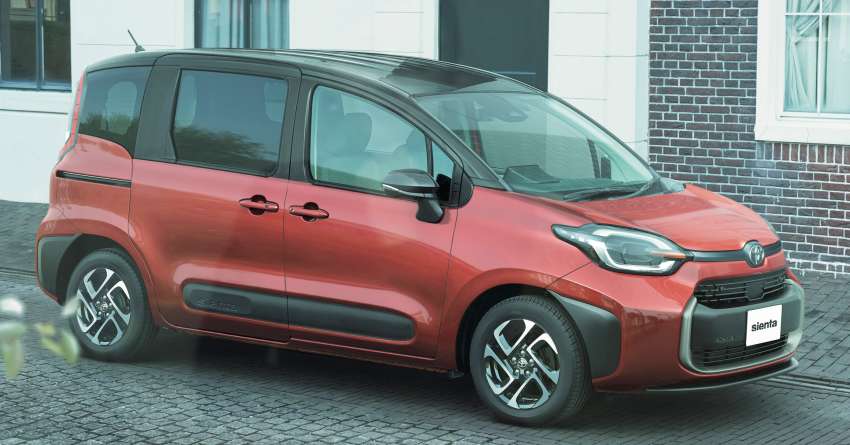 The other option is a series-parallel hybrid that consists of a 1.5L M15A-FXE three-cylinder that makes 90 hp and 120 Nm. Like the Yaris Hybrid, there’s an eCVT transmission and a electric motor, the latter drawing power from a 6.5-Ah battery located under the vehicle floor to provide 79 hp and 141 Nm. Fuel economy is said to be as good as 28.8 km/liter. The hybrid version is also available in E-Four guise, which adds a rear electric motor rated at just 2.95 hp and 44 Nm for all-wheel drive to provide better traction on slippery roads. 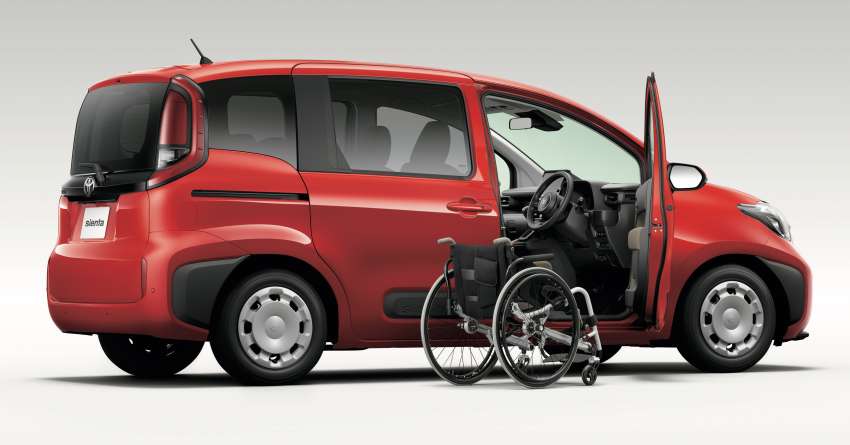 The Sienta is also offered as a Welcab model to cater to those with disabilities and are confined to a wheelchair. The Welcab version can be had with four or five seats, with the third row omitted to make room for a wheelchair and optional ramp. Plus there is also a Friendmatic version of the Welcab model that reduces the steering operation force by about half that of the base model so wheelchair users can drive the vehicle themselves. 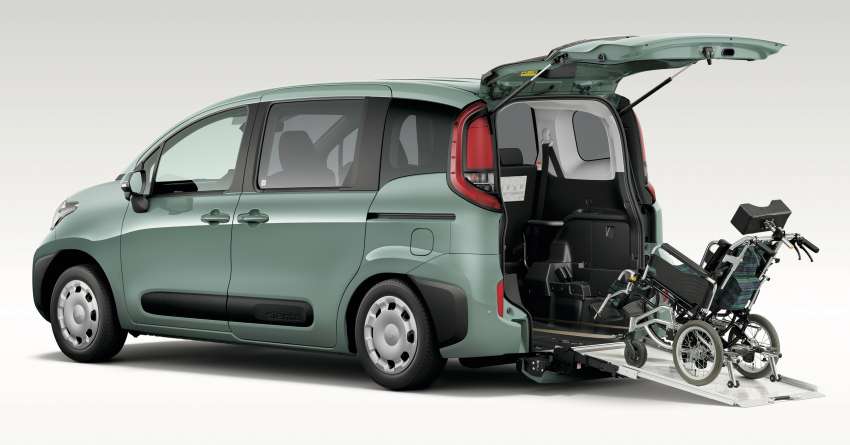 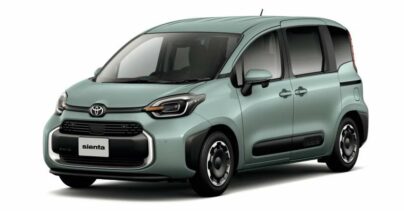 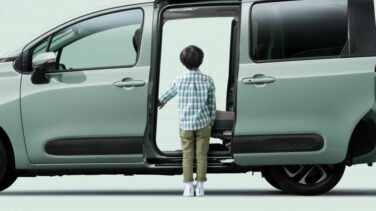 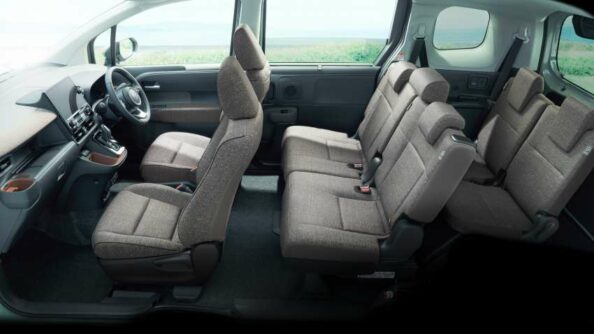 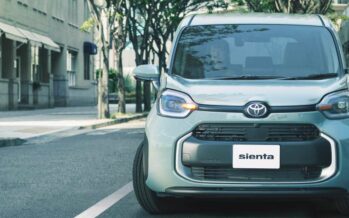