Honda cars owners have recently found themselves in something of a time travel. Since the beginning of the year, the automaker’s forums have been flooded with reports of people complaining that the clocks and calendars in their vehicles are stuck in the year 2002.

The issue appears to be widespread. It’s affecting Honda and Acura models with GPS navigation systems manufactured between 2004 and 2012, and there have been reports of people encountering the problem in the US, Canada and UK. What’s more, there doesn’t appear to a fix at the moment. Each time someone starts their car, the clock resets – even if they went to manually set it beforehand. According to a Honda UK spokesperson:

“Honda is aware of a potential concern related to the clock display on certain older Acura and Honda models equipped with navigation systems. We are currently investigating this issue to determine possible countermeasures and have no additional details to share at this time.” 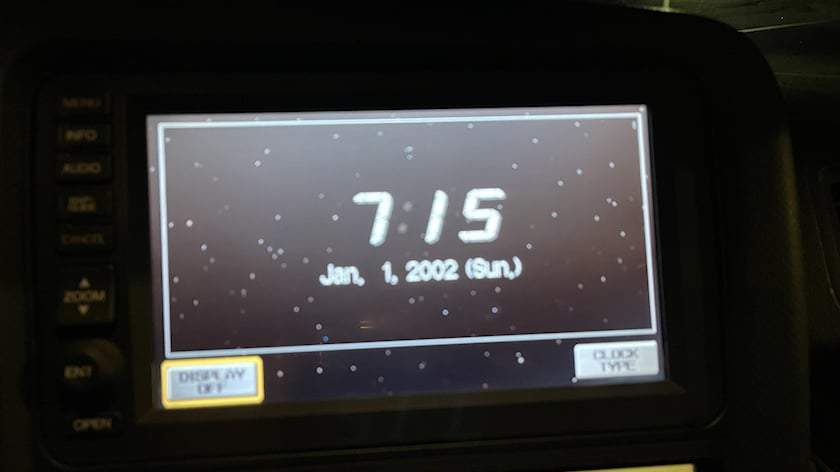 However according to Honda USA, the problem will “auto-correct” by August 2022. While communicating to its customers, the company says:

“We have escalated the NAVI Clock Issue to our Engineering Team and they have informed us that you will experience issue from January 2022 thru August 2022 and then it will auto-correct. Please be assured that we will continue to monitor this and will advise you if a fix is available before that time.”

The actual problem appears to stem from a coding oversight. When a GPS satellite broadcasts the date, it does so using a binary 10 digit number that includes a reference to the week. A single GPS epoch includes 1023 weeks, with the system rolling over on week 1,024. After the first GPS systems started counting time in 1980, they rolled over in 1999, and then again in 2019. If a system isn’t properly coded to account for those rollovers, what can happen is exactly what we’re seeing here with Honda’s vehicles: they go back to when the calendar started.

Interestingly, this isn’t the first time Honda car owners have run into this problem. Back in 2017, Honda and Acura models from 1999 to 2004 with navigation systems had their clocks reset to 1998. The same issue cropped up more recently in 2021. In both instances, the clocks went back exactly 1,024 weeks. Time knows how to make a mockery of everyone, but it would seem it has a special place for Honda’s software developers.