Toyota was the Most Searched Car Brand in 2021

For the second consecutive year, Toyota has been crowned as the world’s most searched car brand. Results were compiled according to Compare the Market‘s annual analysis of Google Trends data which have shown that the Japanese automaker has been the top search term in 47 out of 154 countries in 2021.

Not only this, Toyota has held the top spot for three out of the four years that Compare the Market has published the report– in 2018, 2020 and 2021. BMW, which was the most search car brand on the internet in 2019, and Mercedes-Benz have also remained consistent as podium contenders over the year. 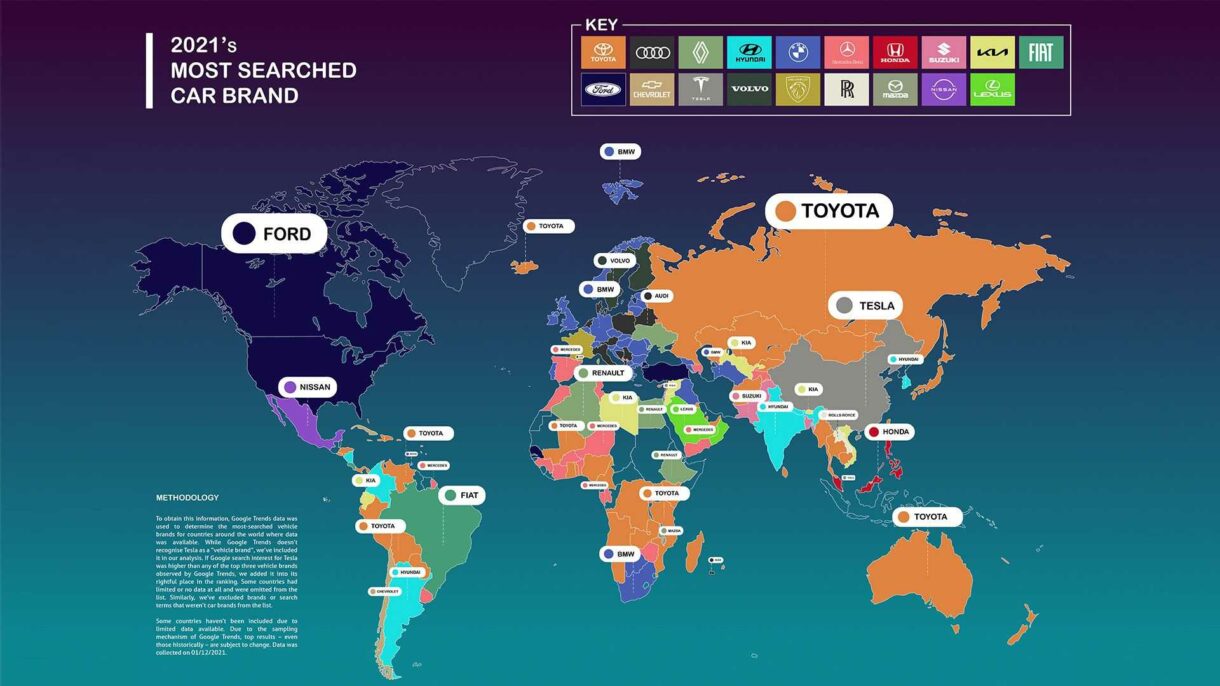 Toyota proved to be extremely popular in major countries including Russia, Japan, Mongolia, Australia and regions across Southeast Asia and 10 African countries and parts of South America. BMW saw most of its searches occur in Europe while other brands like Ford and Nissan proved to be popular in North America. 2021 was also especially busy for Toyota, launching a suite of vehicles including revealing its first full line-up of electric vehicles, and a completely redesigned Land Cruiser. Not to mention Toyota created history by outselling GM (General Motors) on its home turf to become the highest selling car brand of 2021 in USA. 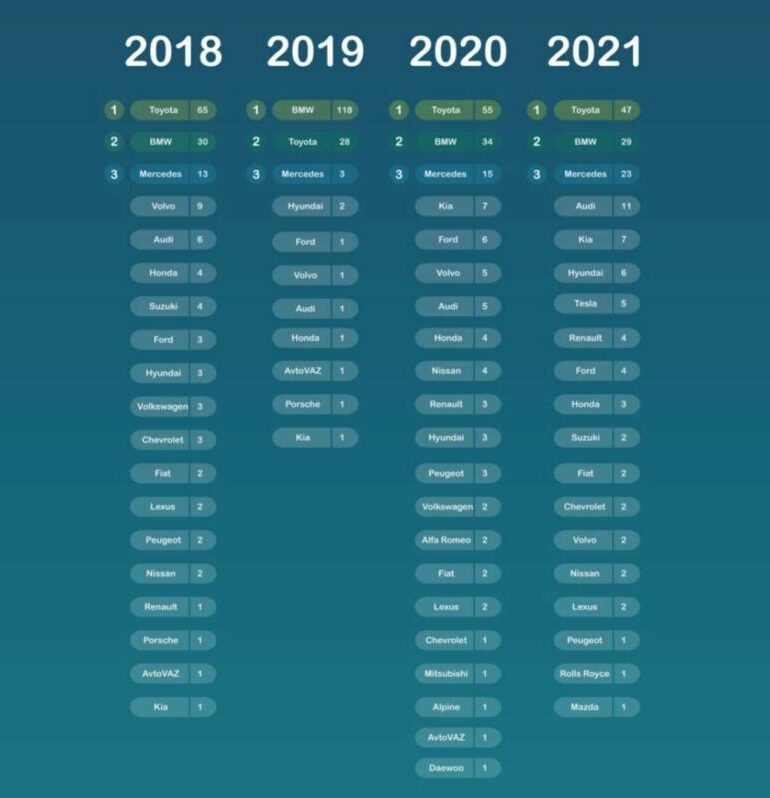 While the interest in other automakers fluctuates each year, it’s important to note that brands like Audi, Hyundai, and Suzuki appeared more in Google searches in 2021 than in 2020. Both Rolls-Royce and Mazda have appeared as the top-searched automaker in at least one country for the time since 2018.