At the Guangzhou Auto Show in November 2021, Chinese auto giant BYD unveiled the Destroyer 05, a new plug-in hybrid sedan with up to 120 km of pure electric range. At that time, the inside of the vehicle was not revealed, however the company has now showed us the interior which gets a huge Tesla-like infotainment touchscreen and many tech features.

The name is part of the “Warship” series of plug-in hybrids, sold alongside the “Marine Life” series of electric vehicles in BYD’s newly established Ocean Net sales network, which aimed at younger buyers will operate separately from BYD’s existing dealers. While the BYD Dolphin is the first in the Marine Life series of EVs, Destroyer 05 is the first model in the Warship series of PHEVs. The Destroyer 05 is also the first of the Ocean series and the third model by BYD that’s equipped with the DM-i super hybrid system. 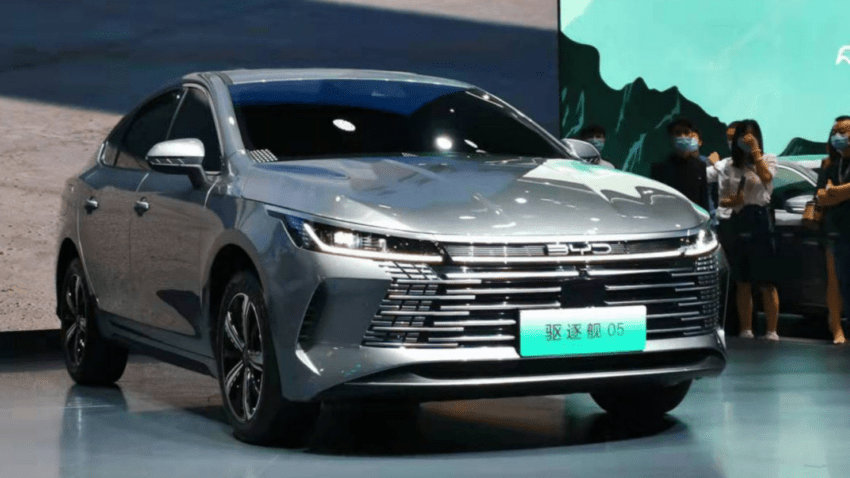 The Destroyer 05 is based on BYD’s e-platform 3.0, that can be used for full electric and plug-in electric vehicles. The Destroyer 05 PHEV using BYD’s “DM-i super hybrid technology” consists of a gasoline engine mated to an electric motor and a BYD Blade battery. The Destroyer 05 plug-in hybrid is offered in two variants with two battery sizes. Both versions are fitted with a 1.5L petrol engine producing 109 hp and come with either one or two electric motors for a combined output of 177 hp or 194 hp respectively. 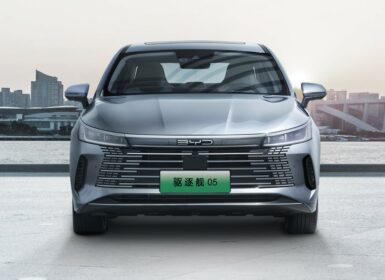 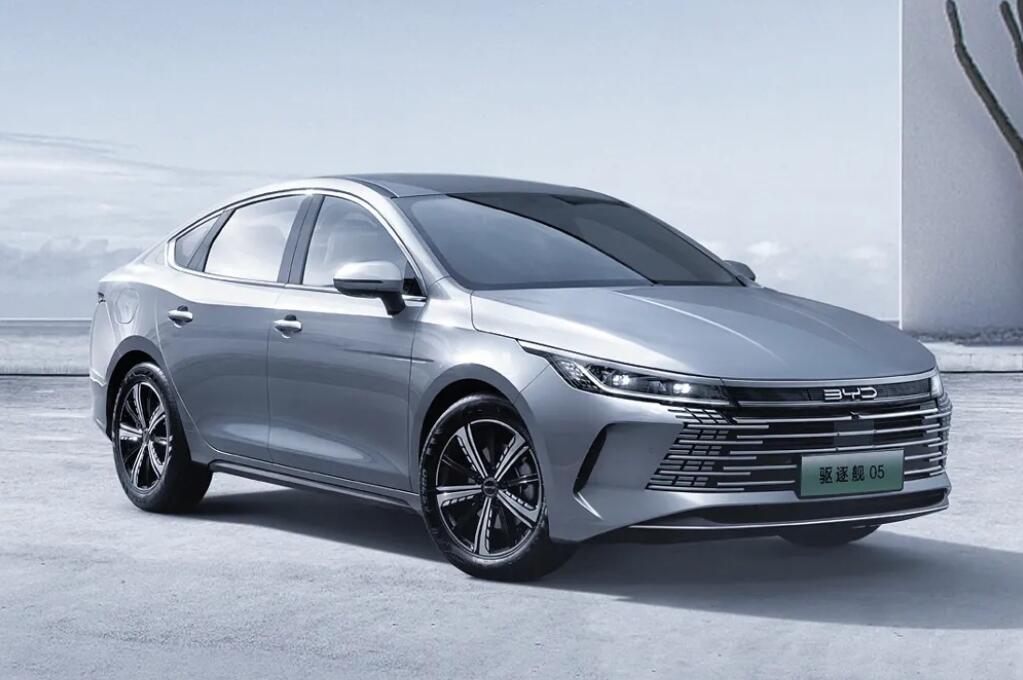 The smaller battery is offering an electric range of 55 km while the larger one allows it to travel up to 120 km on electric power alone. For the more powerful variant, BYD claims a 0-100 km/h sprint time of 7.3 seconds and a fuel consumption of 26.3 km per liter.

Inside, the main focus goes to the 15.6-inch touchscreen which can be rotated to be adjusted as either portrait or landscape, and is combined with an 8.8-inch digital instrument cluster. There are a few buttons on the central tunnel including a cylindrical knob for the gear selector, a driving mode selector, a start-stop button, and a set of cup holders. Plus there is ambient lighting on the dashboard, red accents on the climate vents, and white-upholstered seats with red lining and integrated headrests. 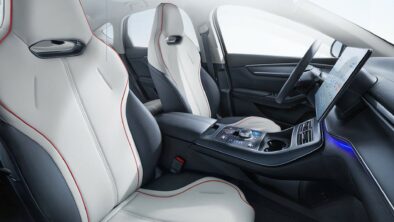 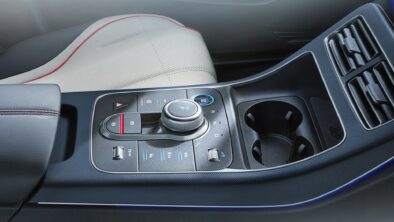 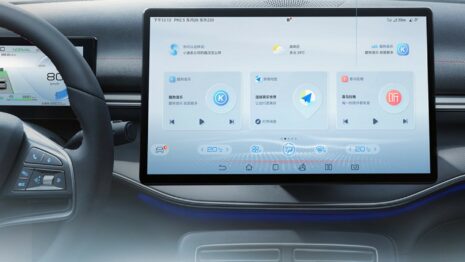 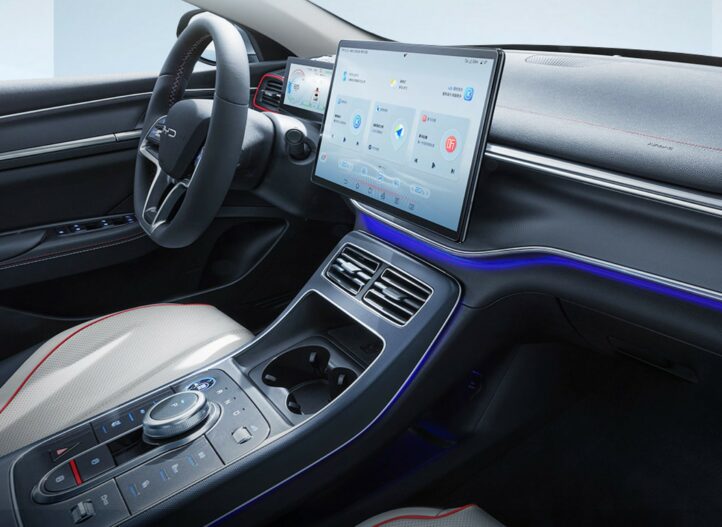 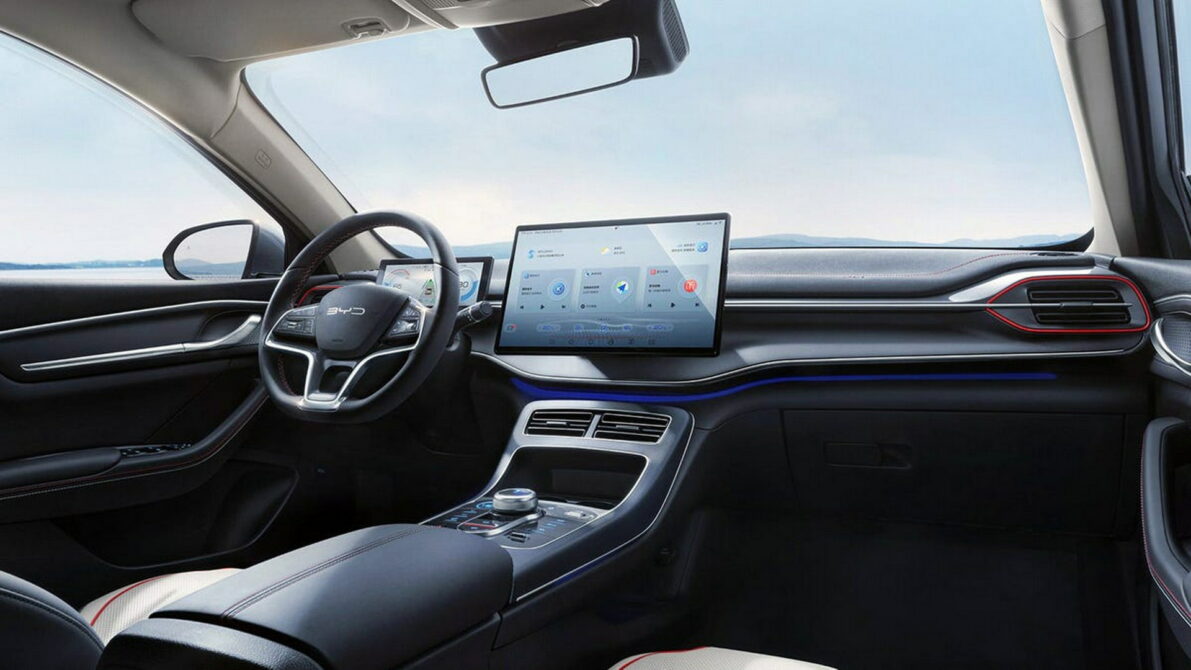 In terms of dimensions, the BYD Destroyer 05 is positioned between the Toyota Corolla and Camry sedans, measuring 4,780 mm long, 1,837 mm wide, and 1,495 mm tall with a wheelbase of 2,718 mm. The exterior design is pretty standard for a Chinese sedan with thin LED lighting units, a large grille covering most of the front bumper, and an aerodynamic silhouette.

Official prices are yet to be announced but as per Chinese media, its speculated to start from around 120,000 yuan (PKR 33.28 lac). The BYD Destroyer 05 is expected to go on sale within the first quarter of 2022. 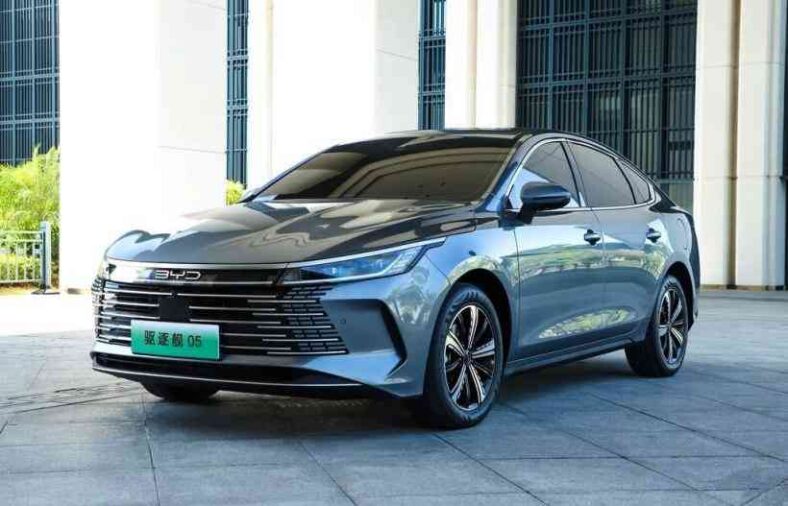 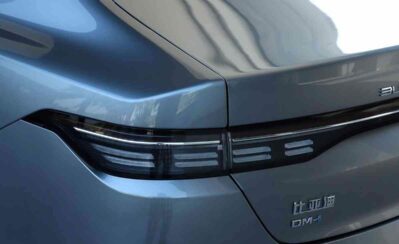 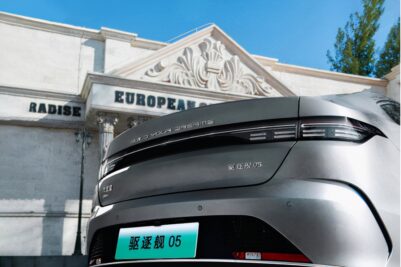 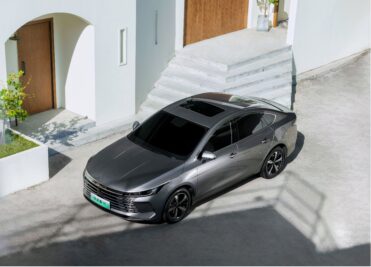