Master Changan has celebrated producing their 10,000th unit milestone at their plant located in Karachi. The celebration saw a white color Alsvin sedan coming off the assembly lines in style.

Changan was among the newcomers which entered the local market as a result of Auto Policy 2016-21. In April 2018, the company was awarded Greenfield status to introduce Changan cars in Pakistan, followed by joint venture agreement signing ceremony between Master Motors and Changan in July 2018. 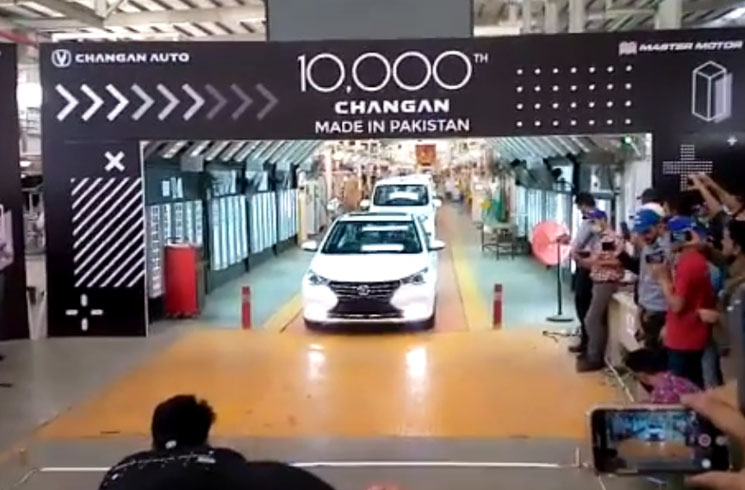 In May 2019, the first locally assembled Changan vehicle- the Karvaan 6+2 seat minivan rolled off the assembly lines. In December 2020, the company unveiled the Alsvin sedan to media straight after which the vehicle went into local production in December 2020. Alsvin was officially launched in January 2021 and attracted a vast range of customers in the subcompact sedan segment.

Changan’s product lineup in Pakistan consist of Karvaan minivan, M8 & M9 commercial pickups and the Alsvin subcompact sedan. The company is currently in process of expanding its local portfolio and is conducting feasibility to introduce a range of vehicles including pickup truck, crossover SUVs and MPVs.