Chinese brands have been making steady inroads in Kazakhstan and are seizing market share amid shortages of cars and parts from Russia due to sanctions. 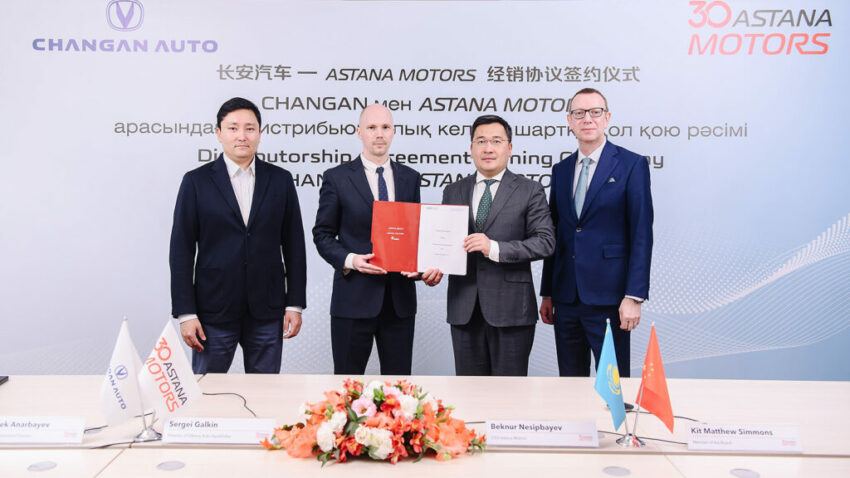 Astana Motors, a dealer with outlets across the country, recently joined hands with Chinese automaker Changan to import vehicles from China under a distribution agreement. Changan cars have already started to arrive in Kazakhstan directly from Chinese factories from September 2022. According to Astana Motors press release:

“It is an honor for us to represent China’s oldest and at the same time one of its most progressive automobile brands.”

Another Chinese automaker Chery entered the Kazakh market late last year. By July 2022, with its attractive financing plans, it has become one of the top 10 most popular car brands in the market, according to the Association of Kazakhstan Automobile Business (AKAB). The more expensive Haval also arrived in April 2021. Meanwhile JAC and Lifan have already been in the local market for a few years, with JAC being assembled in Kazakhstan’s northern Kostanai region. 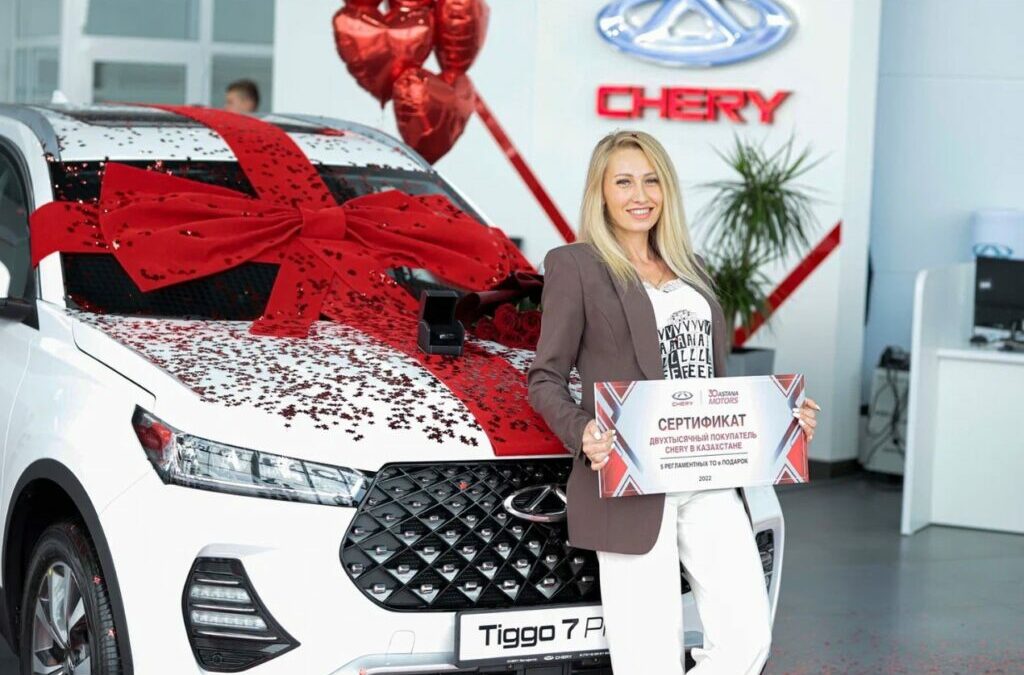 A Kazakh buyer received a 2,000th unit delivered to a customer by Chery

According to AKAB, Chinese brands accounted for 3.4% of new cars sold in Kazakhstan in 2021, which is double compared to the figure from the previous year. In the first 7 months of 2022, four Chinese brands have already sold the same number of units as they had in all of 2021. The growth appears driven not only by competitive prices, but also by advertising campaigns designed to combat widespread skepticism about the quality and safety of Chinese cars.

Kazakh customers also face little choices these days. Popular Japanese and European brands are simply not available. Many models were manufactured in Russia, where factories have been forced to suspend production due to international sanctions over Moscow’s war in Ukraine. That has caused an acute shortage of cars and spare parts in Kazakhstan. 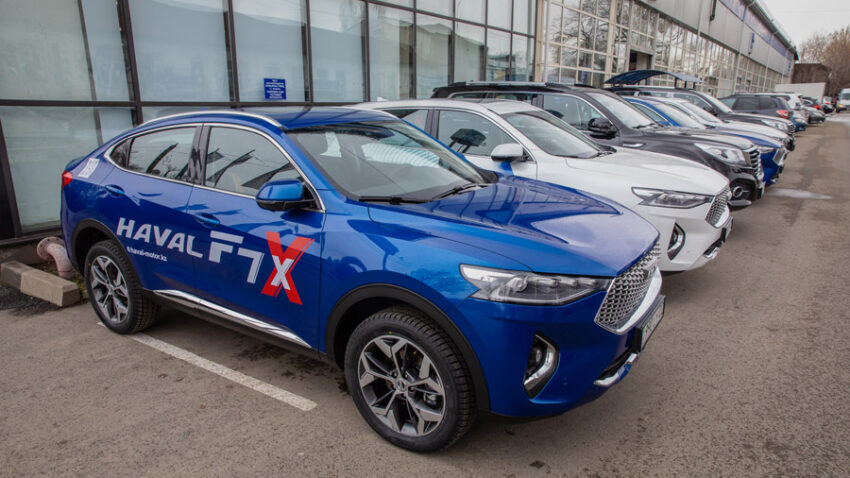 Haval cars standing outside a dealership in Kazakhstan

Toyota Center Jetysu, an Almaty dealer of one of the most popular brands in Kazakhstan, said that it had suspended sales indefinitely due to a factory shutdown in St Petersburg. Keep in mind Toyota along with many other Western & Japanese carmakers has officially announced a complete exit from Russia. 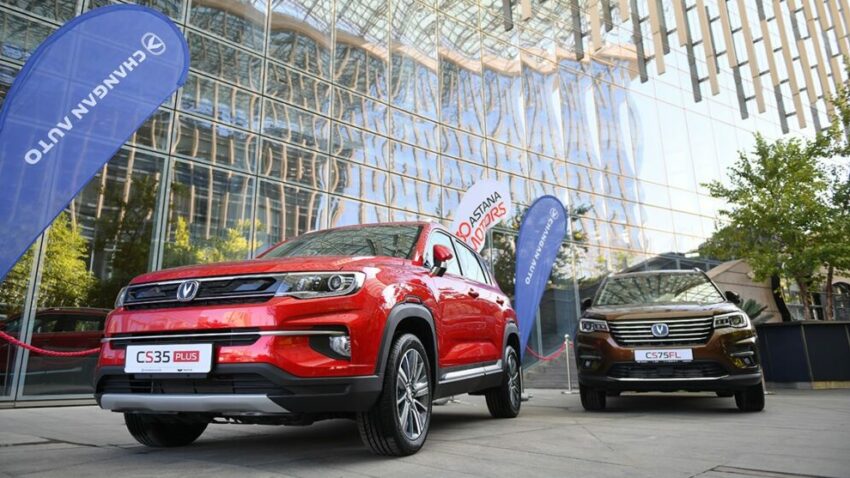 According to Alexei Alexeyev, editor-in-chief of the Almaty-based automobile magazine Za Rulem, manufacturers from Europe have rerouted cargoes through Turkey, bypassing Russia, which has significantly increased shipping times and costs. He pointed out:

“Scheduled maintenance, which involves a simple change of oil, filters and spark plugs on my Volkswagen Tiguan has risen [in price] by 2.5 times this year to 192,000 tenge [$400], which is incredibly expensive. The crisis is unlikely to end soon, we can only hope for a supply of parts from China.”

Chinese automakers appear eager to fill the vacuum. Delivery of cars takes no more than 18 days while spare parts arrive in about a week, according to a local distributor. Alexeyev believes that, if the war-related shortages persist, Chinese producers will continue to increase sales in Kazakhstan, eating away at the share long enjoyed by Russia.

Local dealers are preparing for that eventuality. Nurlan Shamgonov, director of First Motor Group, the official distributor of Chery in Kazakhstan, said that in the next 5 years Chinese brands will take a leading position in the Kazakh domestic market. He said:

“This is not due to price dumping, but due to quality and options. Now there is already a breakdown in [consumers’] minds, they have started to believe in Chinese brand.” 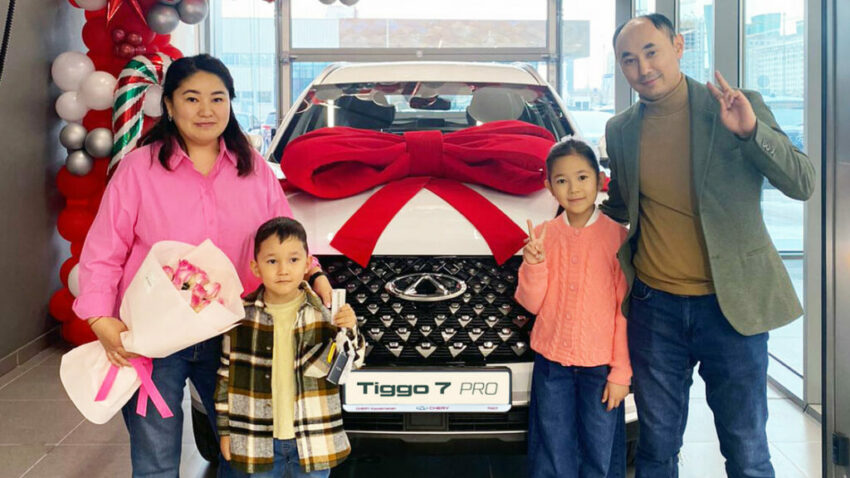 Rightfully, local Kazakh buyers are also drifting towards Chinese in good numbers. According to a customer named Yerlan who recently visited a Chery dealership to buy his new car, said:

“I’m looking for a car I can afford. Here I find the most suitable conditions: A good price and a loan for up to 10 years.”